A Killing at the Creek by Nancy Allen is a legal thriller set in Oklahoma following prosecutor Elsie Arnold, who's convinced herself that the violent boy discovered at a murder scene is indeed guilty of the crime (available February 17, 2015).

McCown County prosecutor Elsie Arnold just wants a murder case. Not that she really wants anyone to get hurt, but there’s a gap in her experience she wants to fill. She gets more than she bargains for when a woman is found dumped in a local creek. Assigned to the case as third chair, Elsie heads to the scene. The victim has been in the water for a while and the dump scene looks nothing like the movies.

However, the scene at the creek isn’t the scene of the crime. The victim was a driver taking a school bus from Detroit, Michigan, to northern Arkansas. The bus turns up in Oklahoma.

The cook bristled and grabbed the young man by the arm, but he ripped his arm away and turned with such ferocity that the cook backed off. Stepping backwards, raising the palms of both hands, the fry cook said, “No problem, dude. Forget about it.”

The young man jumped behind the wheel of the bus and threw it into reverse; before he drove off, he rolled down the driver's window and thrust his arm out, extending the middle finger of his left hand.

The young driver's arm disappeared inside the bus. He grappled under the seat, then brandished a blood-stained item in his hand for the cook to see.

It was a bloody knife.

When the Oklahoma authorities investigate, they find an additional surprise: someone is alive in the bus. A fifteen year-old kid. Now the question has to be answered: is the boy another victim or the killer?

A Killing at the Creek follows Elsie as she navigates the investigation, inter-office politics, the labyrinth of juvenile detention, and the intricacies of the courtroom in an effort to discover the truth. As she digs deeper into the boy’s past, she becomes convinced he’s the killer. He’s violent, manipulative, and generally unpleasant. She’s confident her office should prosecute. But does being a jerk equate to being a killer?

Make no mistake—the darkest, most horrifying sections of this story center on the boy accused, Tanner Monroe. He is introduced as a wily, cunning little punk… and he lives up to his introduction. He wheedles his way into the good graces of a perhaps gullible detention worker named Lisa. He bullies his juvie cell mate, Barry. And he doesn’t pull any punches when things don’t go his way. Ice cold, this one. When awful things happen, he doesn’t even get up from his bunk.

Tanner is an interesting character because, whether he’s actually guilty of the murder or not, as a reader, you just don’t mind if he gets hurt. In fact, you kinda cheer for it. It’s hard to feel sympathy for him, because he is so awful to the people around him. He comes across as so evil that there’s very little doubt— in the reader’s mind or Elsie’s—that the right guy’s been caught.

As if the situation with the murder case wasn’t difficult enough, Elsie’s personal life rears its ugly head as well. Her relationship with McCown County investigator Bob Ashlock goes south, which makes an already awkward investigation situation more uncomfortable. She’s not getting the information she needs and she not getting the emotional support she needs, and she doesn’t handle it well.

“While we’re being so honest, here’s something that has me puzzled. If you’re so grown up, such an old-fashioned fucking straight arrow, why aren’t you interested in forging a real relationship? That integrates all the parts of your life?”

He started to speak, but she interrupted him. “Because you obviously are delighted to fuck my brains out every chance you get. But you don’t want to make a commitment. Won’t let me anywhere near your kids.” Her voice broke on the last sentence, but she covered it with a laugh. Mockingly, she added, “that seems pretty goddamned immature to me.”

She thought she detected a flinch.

Overall, it does seem a miracle that Elsie manages to pull it all together in order to solve this mystery. Probably the biggest obstacle to nailing the killer is Elsie herself: she’s unprepared at crime scenes, drinks when she should be interrogating subjects, and remains irritated at her ex-lover when she should be trying to communicate with him.

However, she does manage to get it together. The courtroom scenes are where she really shines, which makes sense she’s not a field investigator, she’s a lawyer.

A Killing at the Creek is a court investigation story with a quick pace and intriguing bits and pieces: a blood covered school bus, teenagers who are as evil as Hannibal Lecter. Elsie Arnold has enough facets to her life to make the story full and rounded. If you’re looking for a villain worthy of the name—or perhaps not?—then A Killing at the Creek is worth your time. 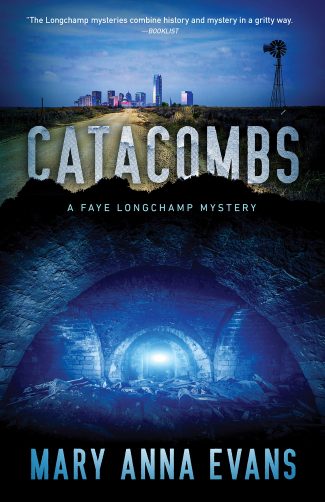