April 20, 2020
Join Paul Levine, bestselling author of the Jake Lassiter series including the upcoming thriller Cheater's Game for a look back to an earlier time in his career, when he was still practicing law, and see which four books helped him create his protagonist as he made the career change from lawyer to freelance writer.

More than 30 years ago, unhappy with my job as a lawyer, I read four books that changed my life. No, they weren’t self-help books. They didn’t advise me to take up meditation or yoga or psychedelic drugs. They were novels with flawed protagonists.

I’ll tell you about them in a moment, but first, let me set the scene. It’s 1987, and the senior partners at my law firm thought they were giving me a promotion. “Paul, we’re putting you in charge of all the asbestos cases east of the Mississippi.”

I was speechless, and not with joy, despite a substantial increase in income. My job would be defending a major manufacturer of asbestos, the deadly substance whose dangers had been illegally kept secret by the industry for decades. Flash back to my days at Penn State where I protested against Dow Chemical, manufaturer of napalm, then being used against civilians in Vietnam. No, I would not be an asbestos lawyer. The job would be soul-crushing, the equivalent of shoveling coal into the fires of hell.

Decided to write a book.

Yeah, that’s right. I gave up a secure, probably lifetime job to become a freelance writer. I had no safety net and two children to put through college. This is not the sort of advice you get from career counselors.

Now, about those four books. It’s astonishing that three were published just months before I sat down to write. They’re Scott Turow’s Presumed Innocent, Carl Hiaasen’s Tourist Season, and Tom Wolfe’s The Bonfire of the Vanities. 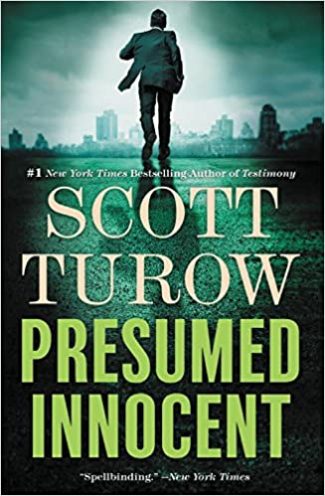 Presumed Innocent is a literary legal thriller structured as an old-fashioned mystery. Prosecutor Rusty Sabich goes on trial for the murder of his female colleague…and mistress. Flawlessly constructed and elegantly written, the story also has a final twist that left most readers, me included, breathless. It’s now considered one of the classics of crime fiction.

I was impressed that Presumed Innocent was Turow’s first novel. (I’m not counting One-L, a fictionalized journal of the author’s first year at Harvard Law School. It’s still in print and recommended reading for anyone contemplating the rigors (and mortis) of law school. It says something about legal education that a book written 43 years ago is still relevant!)

Turow did something very smart. Notwithstanding the commercial and critical success of Presumed Innocent, he did not stop practicing law. Handling many pro bono matters, including death penalty cases, Turow performed a great public service while doubtless latching onto ideas for later novels. 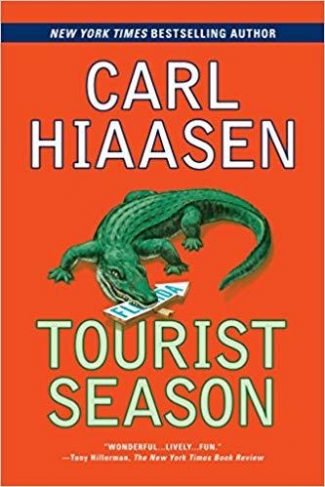 Just as I finished reading Presumed Innocent, I came across the newly published Tourist Season. I knew Hiaasen’s work from The Miami Herald, where his columns roasted public officials for their idiotic and often criminal behavior. (I had a short, unspectacular career as a Herald reporter before starting law school.) Tourist Season is a satiric, darkly comedic novel in which a deranged newspaper columnist kills tourists in bizarre ways in order to stem runaway population growth and destruction of the environment in Florida. (Actually, I doubt that Hiaasen considered the columnist deranged. More likely, heroic). 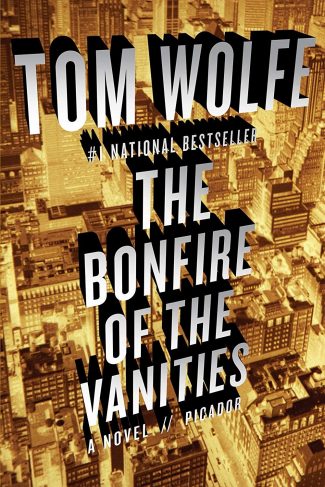 Then came The Bonfire of the Vanities, a social satire about ambition, greed, race, and class. It also has a delightfully flawed main character, bond trader Sherman McCoy, and several uproarious courtroom scenes. I learned from Wolfe and British author John Mortimer (Rumpole of the Bailey) that criminal trials can be laced with humor. 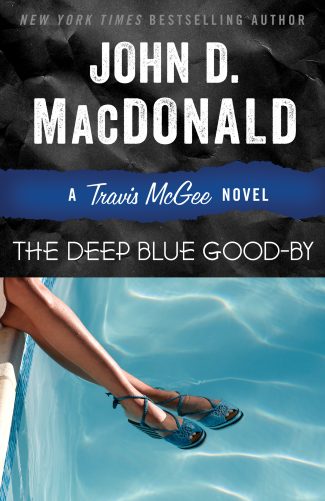 MacDonald’s “knight errant” is a man of honor, protector of the weak, nemesis of the corrupt. In The Deep Blue Good-by, McGee, a sort of unlicensed P.I. living on a houseboat, takes on the vicious Junior Allen, who abuses women and steals from them. McGee is not perfect. He can lose a fight and lose his way, though never straying far from his moral center. (My novel, The Deep Blue Alibi, nominated for an Edgar Award, was intended as a tribute to the first of the McGee books).

With those four very different novels residing somewhere in my subconscious, I sat down to write. Without knowing exactly what I was doing, I blended Turow’s courtroom acumen with Hiaasen’s irreverence, and Wolfe’s humor, and gave those qualities to a man reminiscent of MacDonald’s knight errant. The result: Former pro linebacker turned Miami lawyer Jake Lassiter, who sometimes walks so close to the ethical line, his shadow falls into no-man’s-land.

In To Speak for the Dead, the 1990 debut novel that is still in print, Lassiter begins to believe that his surgeon client is innocent of malpractice…but guilty of murder. In addition to the usual discovery procedures, he robs a grave to get evidence. In the fourteenth of the series, Cheater’s Game, published this month, Lassiter tackles the true-to-life college admissions scandal where he seeks the forbidden fruit of “jury nullification.”

But it’s damn sure worth pursuing.

And rough justice is better than none.

Then, there’s this. “If your cause is just, no case is impossible.”

I’d add that dubious means are sometimes employed to achieve justice. Or as MacDonald wrote in a later Travis McGee novel: “There are no one hundred percent heroes.”