October 30, 2019
Join Tessa Arlen as she shares a list of mystery and suspense novels set during the ever-intriguing WWII era, and comment on the post below to enter for a chance to win Tessa's new novel, Poppy Redfern and the Midnight Murders, the first book in the Woman of WWII Mystery series. 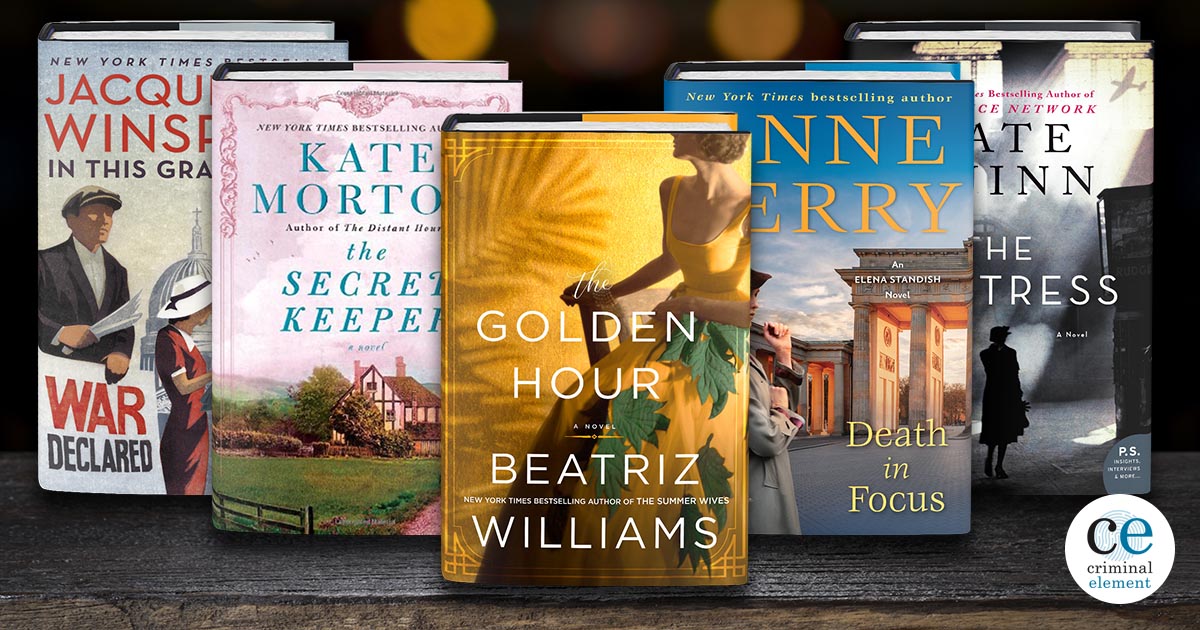 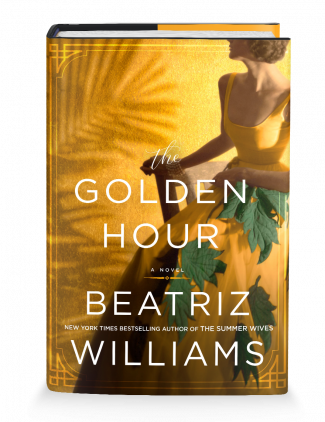 The Golden Hour by Beatriz Williams

What is the British government to do with an abdicated king and his unpopular wife who both have Nazi sympathies and are living in exile in Paris when Germany invades?

Send him off to the British colonial Bahamas as its appointed Governor! And it is here that Williams’s protagonist Lulu Randolph, a passionate and emotionally scarred young American journalist—with the throw-away one-liners of a female Philip Marlowe—is sent to report on the notorious Duke and Duchess of Windsor for a New York society magazine.  Drawn into the Windsor’s court amid a swirl of spies, financial swindles, and racial tension, Lulu performs a dual role: earning her living as a gossip columnist and observing the factions and affiliations of the rich and corrupt in thrall to one of the world’s most infamous and glamorous couples. Central to the plot is Benedict Thorpe: a botanist of undeniable charm saddled with murky national loyalties. When Thorpe abruptly disappears immediately after his marriage to Lulu, she is drawn even deeper into a plot that spans the generations of his family and the dangerous business of being Wallis Windsor’s confidante. 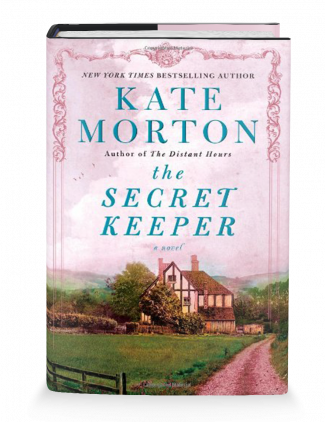 The Secret Keepers by Kate Morton

Kate Morton’s latest is a sympathetic story of lovers and friends, deception and passion. Place, setting, characters and time are expertly woven into Morton’s historic mystery, which takes us from pre–WWII England through the blitz, to the ’60s and beyond. The play of past on present is a core plot device for Morton and one that works well here as the secret histories of three people emerge against a backdrop of events that changed the world. Naïve, middle-class, and inventive Dorothy falls hopelessly in love with Jimmy, an aspiring photographer from a disadvantaged background, as she yearns to be close friends with rich young heiress Vivien.  During a nighttime air raid in London’s blitz, Vivien arrives on Dorothy’s doorstep to tell her that Jimmy and one of his photographs, are being hunted down by some very dangerous men, and they are after Dorothy too. A terrified and trusting Dorothy complies with Vivian’s advice that she leave London—immediately. But Dorothy, Vivien and Jimmy’s future lives, from that moment on, are inextricably bound together and end years later in a murder. The Secret Keeper explores longings and dreams and the unexpected consequences they sometimes bring. 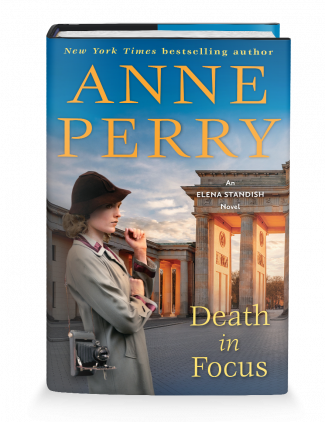 Death in Focus by Anne Perry

On vacation in Italy, twenty-eight-year-old amateur photographer Elena Standish, somewhat overwhelmed by the beauties of the Amalfi coast, becomes infatuated with Ian, and the two share a romantic train trip home to England. On the way events turn, not only against Ian, but Elena too, as she becomes embroiled in the assassination of one of Hitler’s allies. Espionage, double agents and Elena’s terror of being hunted as a prime suspect is set against the rise of Nazi Germany and the beginning of WWII.  Perry’s novel of suspense is extraordinarily well researched and keeps us guessing until its end.  Beyond Elena’s amateur espionage adventure into the Germany Reich, Perry’s strong and fascinating secondary plot involves Elena’s family ties to MI-6. 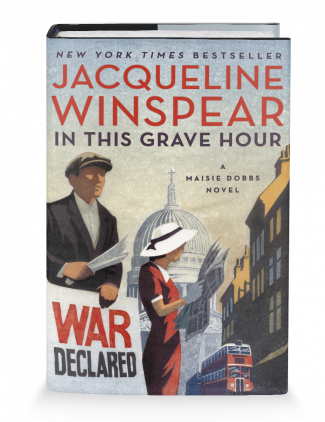 In This Grave Hour by Jacqueline Winspear

As always Winspear writes a well-researched historical mystery—this one at the start of WWII—from the point of view of her stoically English protagonist and private investigator, Maisie Dobbs. As Britain declares war on Nazi Germany, Maisie is hired by a member of the Belgian embassy to investigate the murder of a Belgian refugee who fled to Britain at the beginning of WWI.  Maisie’s insights regarding the original refugee events of WWI, when thousands of Belgian families fled from the German invasion to settle in Britain, tie neatly into the start of Britain’s second war with Nazi Germany. What I found most satisfying was Winspear’s sub-plot: Maisie is consumed with the plight of Anna, a five-year-old refugee who’s been evacuated to Maisie’s family home in Kent. Anna seems to have no family of her own—or memory of them—awakening in the phlegmatic Maisie a deeply buried maternal instinct since the death of her husband and her subsequent miscarriage in previous novels. 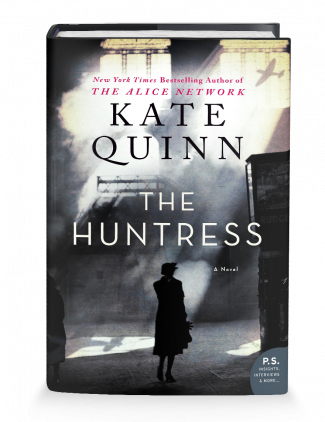 The Huntress by Kate Quinn

I appreciated Quinn’s fast-paced plot in The Alice Network so much I had to include her next novel. The Huntress, even if it is not—in the strict sense of the genre—a mystery, is packed with layers of cleverly built tension and strong characters with secret and mysterious pasts! The novel recounts the pursuit of a woman, Lorelei Vogt, accused of committing appalling war crimes against children in Poland during World War II.

The story is told by three narrators. Nina Markova, who was one of Russia’s famous bomber pilots known as “the Night Witches” and the only one of them who can identify Vogt; an aspiring American photographer, Jordan McBride, whose beautiful new stepmother and her traumatized child appear to be war victims; and an English former war correspondent, Ian Graham, whose brother was brutally murdered by the woman he believes is Lorelei Vogt. Nina, Ian, and his partner, Tony, are obsessed with bringing Lorelei Vogt to justice, but it is Nina who carries the most strength for me in this fast-paced novel of sheer suspense.

As the hunters close in on their target, Quinn skillfully weaves the lives, backgrounds and chance meetings of her protagonists together, building to a big bang of a confrontation. 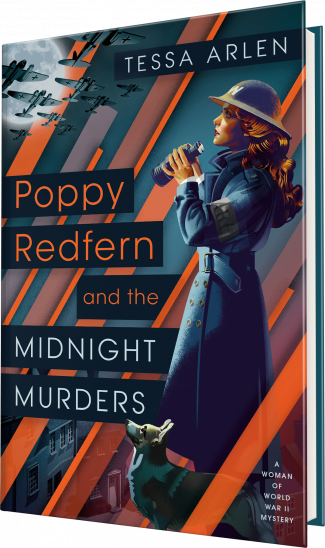 About Poppy Redfern and the Midnight Murders by Tessa Arlen:

Summer 1942. The world has been at war for three long and desperate years. In the remote English village of Little Buffenden, Poppy Redfern’s family house and farmland has been requisitioned by the War Office as a new airfield for the American Air Force. As the village’s Air Raid Warden, Poppy spends her nights patrolling the village as she tries to ease her neighbors’ fears about the “Friendly Invasion” and what it means to their quiet way of life.

When two young, popular women who were dating American servicemen are found strangled, Poppy quickly realizes that her little town has been divided by murder. The mistrust and suspicion of their new American partners in war threatens to tear Little Buffenden apart. Poppy decides to start her own investigation with the help of a charismatic American pilot and she soon unearths some chilling secrets and long-held grudges. Poppy will have no choice but to lay a trap for a killer so perilously close to home, she might very well become the next victim…

Comment below for a chance to win a copy of Poppy Redfern and the Midnight Murders by Tessa Arlen!

Poppy Redfern and the Midnight Murders Comment Sweepstakes: NO PURCHASE NECESSARY TO ENTER OR WIN.  A purchase does not improve your chances of winning.  Sweepstakes open to legal residents of 50 United States, D.C., and Canada (excluding Quebec), who are 18 years or older as of the date of entry.  To enter, complete the “Post a Comment” entry at http://www.criminalelement.com/five-novels-of-mystery-intrigue-and-suspense-set-in-wwii/ beginning at 12:00 a.m. Eastern Time (ET) October 30, 2019. Sweepstakes ends at 11:59 p.m. ET November 13, 2019. Void outside the United States and Canada and where prohibited by law. Please see full details and official rules here. Sponsor: Macmillan, 120 Broadway, New York, NY 10010.