February 23, 2021
Join Amy Pershing as she satisfies our hunger for a list of classic foodie mysteries from Agatha Christie to Robert B. Parker and beyond. Look for Amy's new cozy mystery A Side of Murder, set in beautiful Cape Cod, Massachusetts, known for its seafood, sand, surf, and, now... murder.

How does one account for the sheer number of mysteries in which food, both for good and evil, features prominently? So prominently that it’s virtually a character itself—or at least a character witness. Perhaps it’s because food (the cooking of it, the eating of it, the sharing of it) offers so many lovely options for the mystery writer:

Need a weapon? So many to choose from—mushrooms, chef’s knives, even duck presses (I kid you not. See below).

Need a murderer? Well, as W.H. Auden once pointed out (erroneously, I hope, but still), “Murder is commoner among cooks than among members of any other profession.”

Need a detective? Foodies, whether chefs, caterers or critics, are the literary equivalent of cats—endlessly curious. (Though not all. Not Nero Wolfe’s legendary chef, Fritz, who complains, “I can’t make good glace de viande if I have to be watching murderers.”)

As a writer of cozy culinary mysteries myself, I’m not even going to attempt to list my favorites in that delightful genre. But below in roughly chronological order is my highly subjective list of the Top Ten Classic Foodie Mysteries. 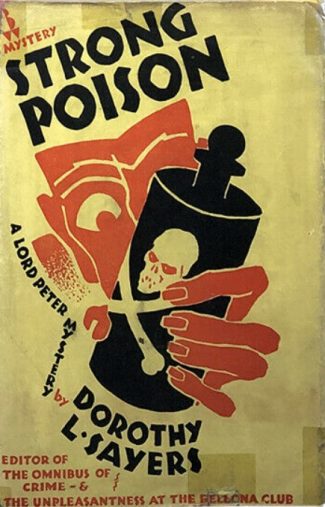 Dorothy Sayers’ Strong Poison (1930) checks all the boxes. Amateur gentleman detective Lord Peter Wimsey must prove mystery writer Harriet Vane innocent of poisoning her ex-lover. The solution turns on one dinner—bouillon, turbot with sauce, poulet en casserole, and a sweet omelette—described in loving detail. Which is fun but kind of creepy, since somewhere in there, some arsenic slipped in. 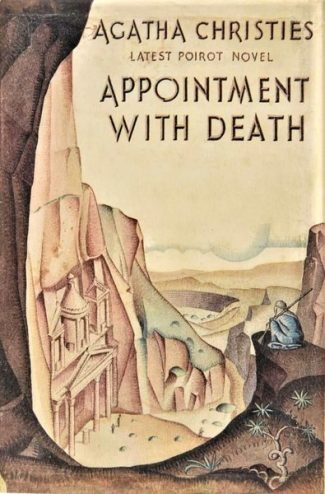 Of course, no one did poisons—particularly plant-based poisons—quite like the Queen of Mystery, Agatha Christie. The murder weapon in Five Little Pigs (1943) is spotted hemlock. In A Pocket Full of Rye (1953), marmalade hides the bitter taste of toxic yew seeds. And in Appointment with Death (1938) and Postern of Fate (1973), Christie delights in digitalin (found in common foxglove), since foxglove leaves could be confused with other edible greens. 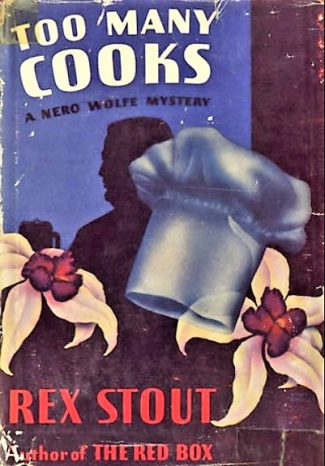 Rex Stout’s Nero Wolfe mysteries, written in the 1930s and ‘40s, are interwoven with private detective Nero Wolfe’s two avocations:  growing orchids and eating food. Wolfe is a gourmand of the old-school; generally he likes his meals French and fancy. So it’s a great treat when in Too Many Cooks (1938), he demands respect for American regional foods and cooking, including Boone County Missouri ham and beaten biscuits. 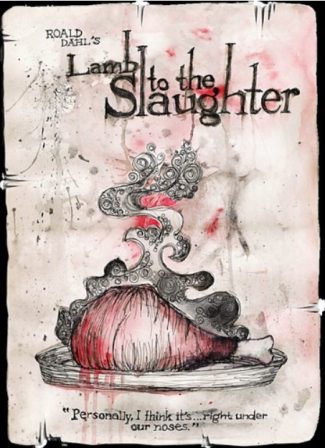 “Lamb to the Slaughter” by Roald Dahl (1953). Okay, this is kind of a cheat, since “Lamb to the Slaughter” is actually a short story. But Dahl’s brilliant choice of murder weapon and his answer to the “how do you dispose of it” problem is hilariously twisted, and to my mind, no one has yet matched it for originality and wicked humor. 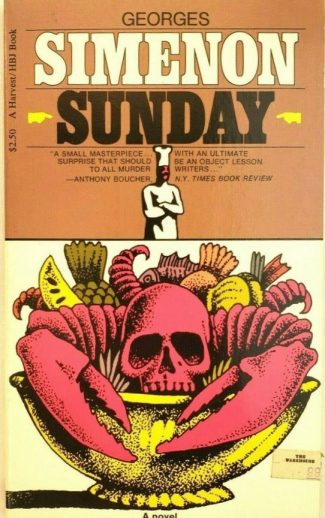 If you are looking for the ultimate chef as murderer, you need look no further than French novelist George Simenon’s Sunday (1959).  As in all Simenon’s mysteries, food and psychology are foremost, and here we have a chef who calmly plots to murder his wife while cooking up mouthwatering cassoulet and bouillabaisse. He sets the date and congratulates himself on his scheme—a bit prematurely as it turns out. Wifey has a plan of her own… 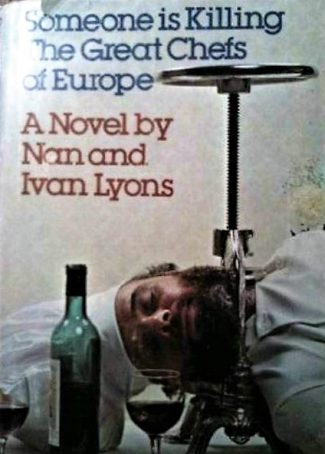 In Nan and Ivan Lyons’ darkly comic Someone Is Killing the Great Chefs of Europe (1976) (later adapted into the movie Who Is Killing the Great Chefs of Europe with the great Robert Morley), a series of celebrity chefs are disposed of in ways that echo their signature dishes. Thus, the chef whose specialty is lobster is drowned. But this is nothing compared to the chef whose forte is pressed duck. 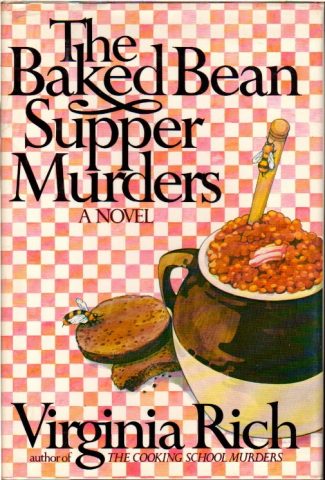 I know I promised not to get into culinary cozies, but no mystery fan should miss The Baked Bean Supper Murders by Virginia Rich, the founding mother of the genre and a fine writer in her own right. This novel is the second in a three-book series written in the early 1980s featuring widowed chef Eugenia Potter. Set in Maine, the novel beautifully portrays the fast-disappearing Down East life and the food that sustained it, including blueberry buckle, lobster pie, and steamed brown bread. 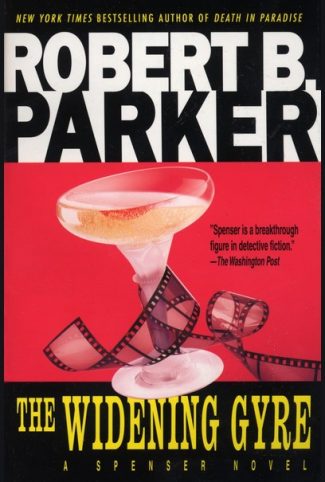 The best Food as Character Witness award has to go to the late great Robert B. Parker’s Spenser novels (1973-2010). What better way to show the hidden depths of this otherwise hard-boiled (pun absolutely intended) private eye than through his love of cooking, particularly for his significant other, the psychiatrist Susan Silverman. Who can resist a tough guy who says, “I was making the salad dressing out of lemon juice and olive oil and honey and mustard and raspberry vinegar when Susan unlocked my front door.” 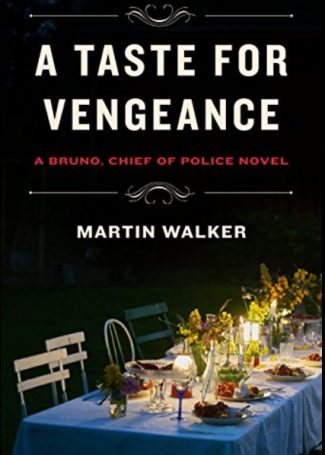 Is there a better series than Martin Walker’s Bruno, Chief of Police novels (2017-2021) for celebrating food as culture and community? Benoit Courrèges, known simply as Bruno, polices the small town of Saint Denis in the Dordogne region of France, renowned for its wines and cheeses, its wild boar and duck and, of course, the Périgord black truffle. When Bruno isn’t solving mysteries he is usually preparing simple but superb meals for his friends in these wonderful novels. 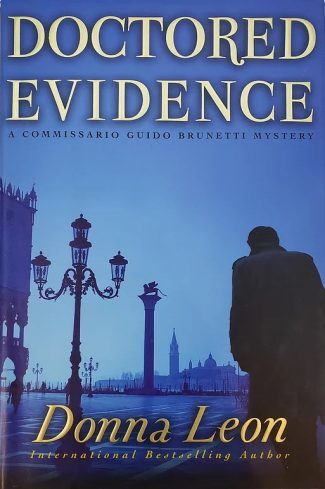 Donna Leon’s Commissario Brunetti mysteries (2009-2021), set in present-day Venice in all its threatened beauty, follow Guido Brunetti, a man of unshakeable decency built on his love for his city, his friends and his family—and the food that connects them. Whether it’s a plate of ham and artichoke tramezzini shared with colleagues at a coffee bar or a dinner of sausage and eggplant lasagna eaten on the terrace with his wife and children, it is the time spent together “a tavola” that restores Brunetti’s sometimes shaken faith in humanity.

About A Side of Murder by Amy Pershing:

Samantha Barnes was always a foodie. And when the CIA (that’s the Culinary Institute of America) came calling, she happily traded in Cape Cod for the Big Apple. But then the rising young chef’s clash with another chef (her ex!) boils over and goes viral. So when Sam inherits a house on the Cape and lands a job writing restaurant reviews, it seems like the perfect pairing. What could go wrong? Well, as it turns out, a lot.

The dilapidated house comes with an enormous puppy. Her new boss is, well, bossy. And the town’s harbor master is none other than her first love. Nonetheless, Sam’s looking forward to reviewing the Bayview Grill—and indeed the seafood chowder is divine. But the body in the pond outside the eatery was not on the menu. Sam is certain this is murder. But as she begins to stir the pot, is she creating a recipe for her own untimely demise?

Amy Pershing is a lifelong mystery lover and wordsmith who spent every summer of her childhood on Cape Cod. In her previous incarnations she was an assistant editor at Viking Penguin, a restaurant reviewer for Playbill magazine's Restaurant Reporter, and a journalist at the Rome (Italy) Daily American before eventually going on to lead employee communications at a global bank. A few years ago (with the final college tuition bill paid), she waved goodbye to Wall Street in order to write full time (and spend more time sailing on Cape Cod!). A Side of Murder is the first book in the Cape Cod Foodie mystery series featuring Samantha Barnes, a disgraced but resilient ex-chef and the world's most reluctant YouTube star. While Sam tries to balance her new job as the local paper's "Cape Cod Foodie" with her complicated love life, a posse of just-slightly-odd friends, a falling-down house and a ginormous puppy, she also discovers a new talent—a propensity for falling over dead bodies... and for solving crime.