December 3, 2018
USA Today Bestselling author LS Hawker shares a list of some of her favorite crime films with notable scores and soundtracks. 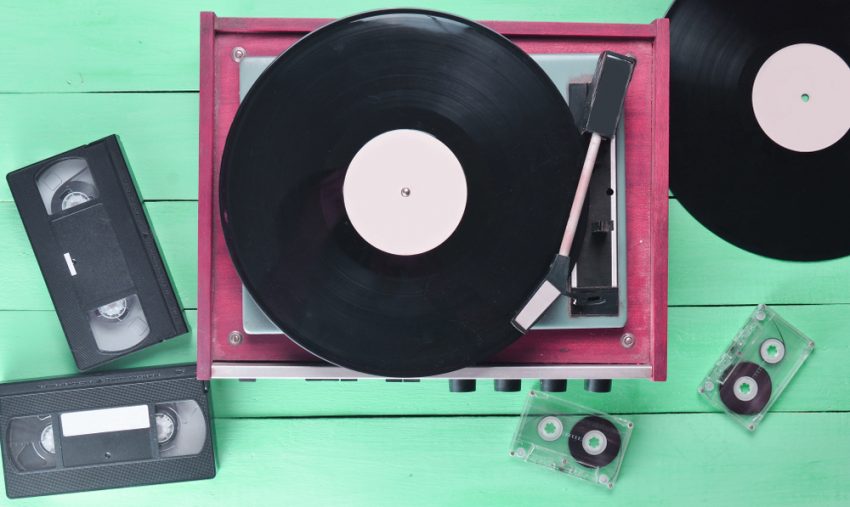 It’s difficult now to imagine watching a crime film set to the jaunty live piano playing that accompanied most early 20th Century silent movies. Without soundtrack and score music, some of our most cherished crime thrillers would be different animals altogether. Imagine Pulp Fiction’s pawn-shop S&M dungeon scene without the dirty saxophone of “Comanche” by The Revels. Or Goodfellas’ helicopter surveillance/sauce-making scene without Nilsson’s “Jump into the Fire.”

Or Will Graham’s slow-mo crash through the killer’s window to the rising organ of “Inna Gadda Da Vida” by Iron Butterfly in Manhunter.

But it’s not just soundtrack music that makes the difference—it’s the composed score that gives us audio cues to feel terror, suspense, and dread. The composed score operates much like a laugh track in a sitcom, but it’s compelling on a more visceral, subconscious level.

Below are my five favorite crime film scores/soundtracks.

The Girl with the Dragon Tattoo, 2011

Dismissed by some critics as noise, the disturbing, dissonant, synth-heavy combination of sounds and rhythms aurally mirrors the shocking images onscreen of Lisbeth Salander being tortured by her “guardian” and the killer setting up to go to work on the Mikael Blomkvist. In the latter scene, the use of “Orinoco Flow” by Enya, an annoying bit of buoyant new-age fluff, only adds to the terror.

But the crown jewel of TGWTDT is the opening credits sequence, a nightmarish, oily black-liquid conceptualization of the film’s themes set to Led Zeppelin’s “The Immigrant Song” by the Yeah Yeah Yeahs’ Karen O. It’s the film’s thesis statement, which stunningly puts us on notice as to the horror to come.

This film’s early-’50s setting is rendered authentic and immediate by the opening composition, “Bloody Christmas.” Its urgent percussion sounds like Danny Devito’s typewriter keys, eventually ramping up to booming kettle drums. Goldsmith’s noir jazz score includes everything from murderous trumpets, to propulsive, cat-on-a-keyboard staccato piano, to more percussion reminiscent of gunshots and explosions. The score not only fixes us firmly in post-WWII America, it keeps us leaning forward in our seats. The score is effectively interspersed with era-specific upbeat pop songs like “Ac-Cent-Tchu-Ate the Positive” by Johnny Mercer and “Powder Your Face with Sunshine” by Dean Martin. Although not Goldsmith’s most acclaimed work, this score, combined with the pop songs, sonically conjures mid-century noir and pulp magazines with wit and style.

Levi brings her female sensibility and sexuality to this score in a movie whose main character, an alien in human form (Scarlett Johansson), uses sexuality as the most insidious of weapons for hunting humans. “Creation” kicks the score off, sounding like a killer bee swarm with its furious, atonal scratching violins.

The inharmonious strings and slow, steady wood-block beat echoes in sound what being hunted by a relentless and unstoppable force must actually feel like. A high-pitched repeated three-note question haunts the soundtrack, maintaining constant unease as that auditory swarm returns unexpectedly and intermittently throughout the film. Those alien insects are never far away, and the music calls up the movie’s distressing tone all on its own.

Okay, so O11 is less a crime movie and more of a cool, stylish ensemble comedy. But crime is involved, so I included it. Retro funk and jazz pepper the score, making amusing use of Genie organ, vibraphone, brass, and rubbery guitars, along with synth-generated squeaks, barks, and yelps on compositions like “Boobytrappin” and “Stealing the Pinch.” Standup bass, triangle, snappy snare rims and fills, bongos, deft horns, and brush drums round out this soundscape.

But the most poignant moment comes after the heist’s success, and all the key players gather by the Bellagio fountains to the accompaniment of Debussy’s “Claire de Lune.” Without dialogue, the soaring strings and yearning harp play backdrop to these men gazing at the water and lights and at each other, a shared moment of assured and silent friendship that is touching and rare to witness, especially in a comedy.

Oh, this movie. Shire uses eerie French horn, solo trumpets, single discordant electric guitars, lone piano pieces, and subtle but disquieting strings based on the 12-tone scale (pointing to the 12 signs of the Zodiac, according to Shire). The sparse 34 minutes of score (in an almost three-hour film) are powerful in maintaining the tension and disquiet throughout. The harmonies never resolve, just like the real-life case never resolved.

But the masterstroke of the soundtrack is its selection of pop tunes, the best of which is Donovan’s benign and silly “Hurdy Gurdy Man.” You don’t even notice the song in the scene with the first victims, playing as it is on the tinny radio in the old Corvair. As the first shots are fired—in gruesome slow motion, of course—you suddenly realize it’s now playing on the Dolby Surround Sound, loud, outside the car. It worms its way into your consciousness, the ricochet of the bullets blending with the tremolo of the ridiculous repeated chanting of “Hurdy gurdy, hurdy gurdy, hurdy gurdy gurdy” he sang. The film ends with the song too, and now, it’s full of menace, thanks to director David Fincher’s inspired song choice. And your life is never the same.

LS Hawker is the author of the thrillers The Drowning Game, Body and Bone, and End of the Road, all published by HarperCollins Witness Impulse. The Drowning Game was a USA Today bestseller and a finalist in the ITW Thriller Awards’ “Best First Novel” category. Her books have been translated into eight languages. Hawker grew up in suburban Denver and wrote her first novel at 14. After receiving her B.S. in Journalism from the University of Kansas, she started a radio show called “People Are So Stupid,” edited a trade magazine, and worked as a traveling Kmart portrait photographer, but never lost her passion for fiction writing. For more information visit LS Hawker at LSHawker.com