To Err is Human … But It Can Make a Really Good Book! 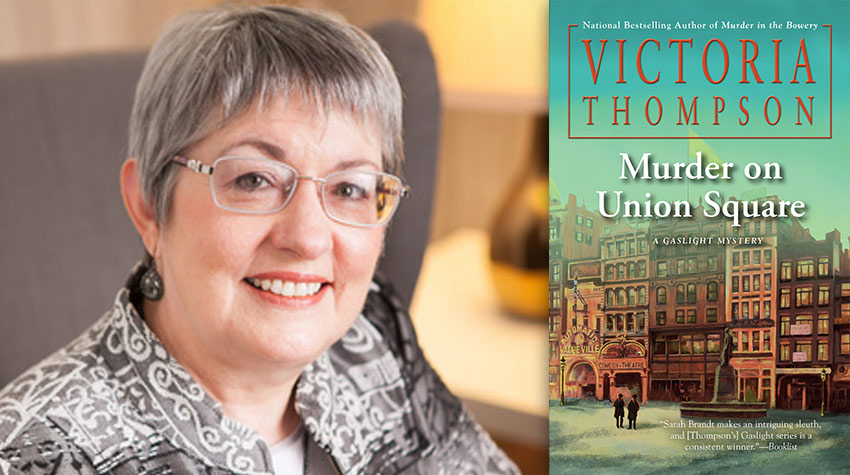 On May 1, the 21st book in my Gaslight Mystery Series, Murder on Union Square, will come out. People often ask me where I get my ideas, and for this book, the answer is easy: it came from a mistake! A terrible mistake a fan pointed out to me, and therein lies a tale.

As a general rule, writers love hearing from their fans. Writing is, of necessity, a very solitary profession. I spend months all alone with my computer, making up things in my head and writing them down so other people can read and enjoy them. Then, many more months go by until that book is published and readers can actually read and enjoy it. In the meantime, only one or two people have read it, so it’s lovely when I suddenly get a deluge of fan letters telling me how much they loved the new book—even though by then I can hardly remember what it was about!

So yes, I love hearing from my fans … except when they tell me I made a terrible mistake. Like saying someone went tiger hunting in Africa. (Tigers only live in India.) Or having people eating oysters in July. (Before refrigeration, people never ate oysters in months without an R.) Those were relatively minor errors I have made in the past. But back in 2013, right after my book Murder in Chelsea came out, a gentleman wrote me a fan letter pointing out something more serious. He loved the book, I’m happy to say, but he was also an attorney practicing in New York, so he knew some things about the law that I did not. He explained to me why my protagonists, Frank and Sarah, could not adopt the little girl, Catherine, whom Sarah had rescued from abandonment. This was not a minor mistake. This was a life-changing mistake. Or a story-changing mistake, at any rate. But like the creative person I am, I starting thinking about how I could make it work for me.

The problem (no spoilers; you will learn all this on page one of Murder on Union Square) is that whereas Catherine’s birth parents are both dead by the end of Murder in Chelsea, her mother happened to be married to a feckless actor named Parnell Vaughn, who is still very much alive. While everyone concerned agreed Vaughn could not have been Catherine’s father, the law considers a woman’s husband to be the father of her children, regardless of how unlikely (or even impossible) it might be. This means Frank and Sarah could not adopt Catherine unless Vaughn agreed to relinquish his parental rights. What a great problem! Novels should always start out with a great problem.

Since Vaughn cares nothing for the child, and the child has not inherited any money from her wealthy birth father (which might make her attractive to a penniless actor), he is happy to give her up. If this seems too easy, don’t worry, it gets better. When Frank arrives to get his signature on the paperwork, he finds that Vaughn has been murdered. This is very convenient for Frank and Sarah; so convenient, in fact, that the police arrest Frank for the murder. What fun, if you’re a mystery writer. Not so much fun for poor Frank, although it does give him an incentive to find the real killer.

So I’m very grateful to the gentleman who sent me the letter telling me of my terrible mistake. To thank him, I named one of the characters in Murder on Union Square after him. He’s a lawyer, of course. And I still love fan letters, maybe even more than ever!

Victoria Thompson is the bestselling author of the Edgar- and Agatha Award-nominated Gaslight Mystery series and the Counterfeit Lady series. Her latest books are Murder in the Bowery and City of Lies, both from Berkley. She currently teaches in the Master’s Degree program for writing popular fiction at Seton Hill University. She lives in Illinois with her husband and a very spoiled little dog.