Elsa Martinelli: An Appreciation of the Italian Actress’s Crime and Suspense Films 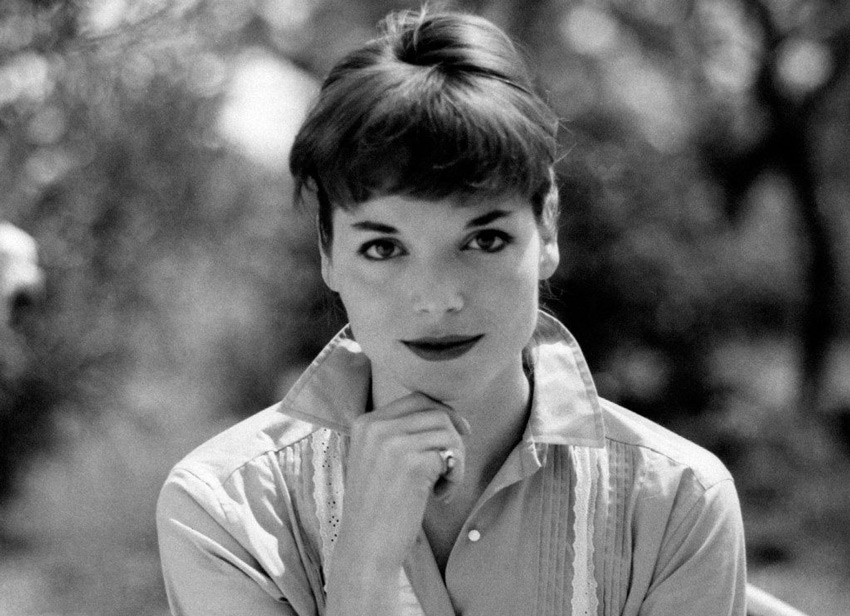 Elsa Martinelli (1935-2017) was an Italian-born actress, model, and singer who deserves more love and respect than she gets. A strikingly gorgeous woman who exuded a likable, easygoing aura, she was a natural for the big screen. She excelled in a long list of dizzyingly varied types of movie roles over multiple decades. Whether playing opposite Robert Mitchum in a tense love-triangle story set amid a safari expedition (Rampage, 1963), portraying a free-spirited racecar driver in the tale of a young man’s sexual awakening (How I Learned to Love Women, 1966), or starring as an oversexed socialite in a swinging ‘60s satirical romp (Candy, 1968), the versatile and under-appreciated beauty was always convincing in her parts and added much to the quality of the films in which she appeared. Naturally photogenic as well as graceful in her movements, she simply looked great up on the screen. Below are five crime/suspense films featuring Martinelli that are worthy of a viewing: 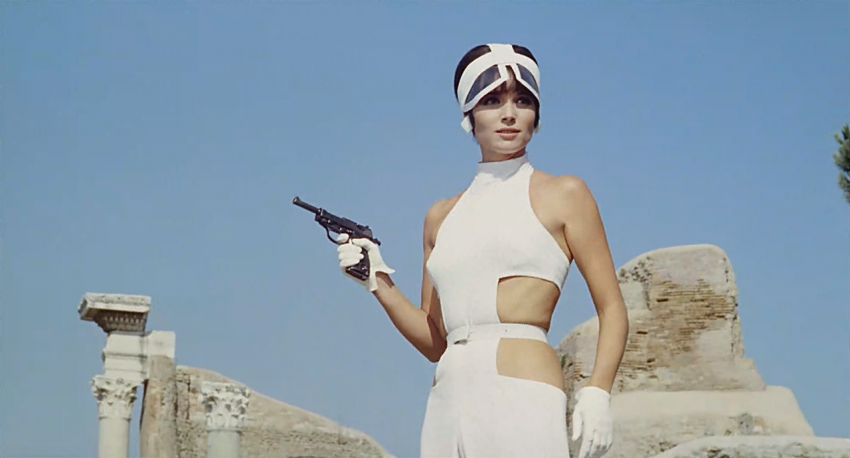 Genre-wise, this Italian feature is science fiction cinema rather than a crime film. But there’s plenty of suspense in the movie, and it involves killings, so I’m throwing it on this list. Based on a Robert Sheckley short story, it’s a stylish, satirical, futuristic story involving matters such as efforts to vent human aggression in a legal and controlled way, gross commercialization, and avoidance of wars. “The Big Hunt” is a global game wherein willing participants can sign on to be contracted to legally kill other players in one-on-one competitions. The hunter gets to know all about their assigned victims and goes after them; meanwhile, the hunted must watch their backs, and if they can identify the person hunting them, they can and should kill them first. And, oh, the whole thing is televised and presented as entertainment for the masses, with companies vying for precious ad time during the broadcasts. Ursula Andress plays a Big Hunt contestant who is assigned to try and kill a character played by Marcello Mastroianni. Martinelli took on the challenging job of playing a person on the raw end of the plot: Mastroianni’s character’s spurned mistress. But she handled the role well and did so while looking cool, in a mid-60s Euro kind of way. This is the best of the movies on this list. And for any Austin Powers fans who don’t already know this, it’s the film from which Mike Myers borrowed the bra gun gimmick. 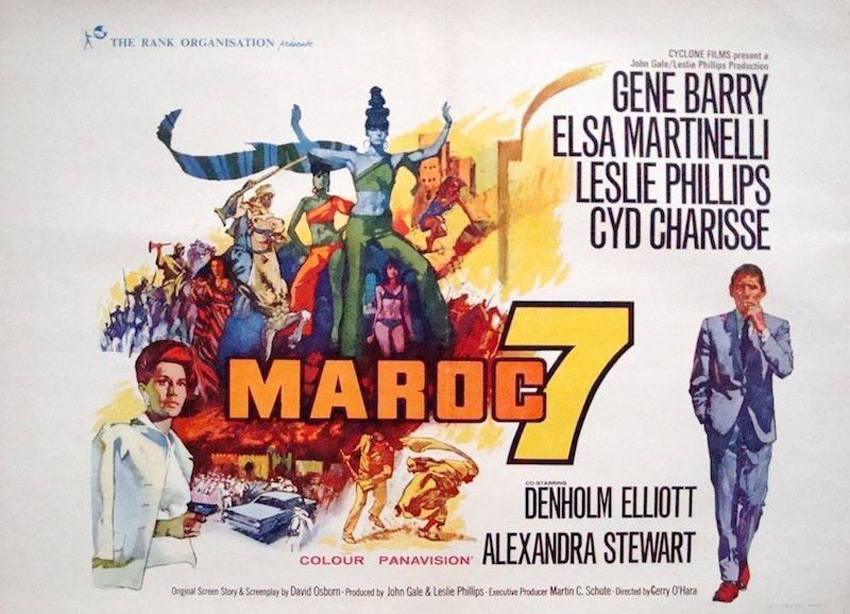 A British-made heist thriller that doubles as a chic fashion-model movie. Cyd Charisse, looking decidedly “Mrs. Robinson”-esque, portrays a London-based fashion-magazine editor who is also secretly the leader of a jewel heist team. The boss lady, her surly photographer (who’s also part of her crime ring), and their bevy of happenin’ models leave Blighty for an excursion to Morocco, ostensibly for a photo shoot but really so the thieves can smuggle out a precious and valuable medallion. Gene Barry, who could have played James Bond in the era, is a suave dude who forces his way into the little syndicate. He pretends to be a knowing jewel thief who can help them in Morocco, but he’s really a police special agent investigating them. Martinelli plays Claudia, one of the models who is also in on the smuggling deal. To an extent, she is on the screen as eye candy, looking alluring whether in a silk nightie in her hotel room or in the various far-out getups she dons on fashion photo shoots. But her character is a key player in the story, and she got second billing behind only Barry. Claudia knows Mr. Suave is really working against her boss, and she feels torn between the two sides when she develops a romantic yen for the cop. Nobody needed to hand this film or its principals any awards for innovation, but it’s a well-acted, suspenseful, late-60s crime thriller that has an enjoyably groovy look. 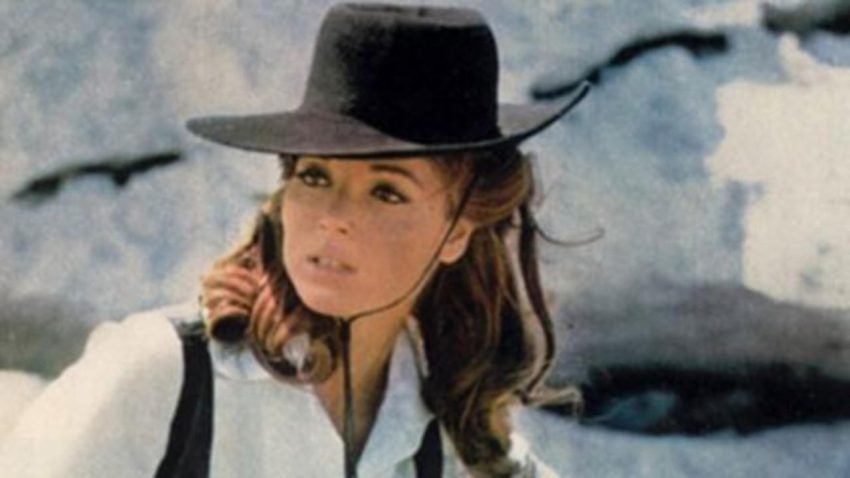 Made in Italy, this Spaghetti Western was unique among the genre because it was (a) co-directed by a woman and (b) had a woman as its main character. Call it a late-60s, feminist Spaghetti Western. Martinelli ably plays the titular character, whose life story in the film is loosely based on what was then known about the actual exploits of the notorious, cult-level cowgirl outlaw. Set in Starr’s time, shortly after the Civil War, and on her turf in various parts of the U.S., the tale shifts between past and present episodes. Starr is shown to be a person who becomes embittered when, as a very young woman, she realizes that her uncle—who is also her legal guardian—is a lecherous, vicious man and a corrupt politician. She has to kill to free herself from his evil clutches, and at that point, she becomes a wanted woman who will forever exist outside the law. She lives off the land between horse thievery outings and jewel robberies. She’s as resolutely solitary as Clint Eastwood’s characters in Sergio Leone’s Spaghetti Westerns. But, unlike that fellow, she’s got a vicious temper and is outspoken in a most lively and venomous way. Looking both tough and attractive in skin-tight, black leather cowgirl gear, Martinelli’s Starr smokes cigarillos, plays a mean hand of poker, shoots quicker than any man, and doesn’t take crap off anybody. And when she gets in a pensive mood, she can break out her acoustic guitar and perform a plaintive ballad. A Bonnie and Clyde-type storyline comes into play when Starr’s life becomes intertwined with a male outlaw who’s as tough as her. Solid, second-tier Spaghetti Western. 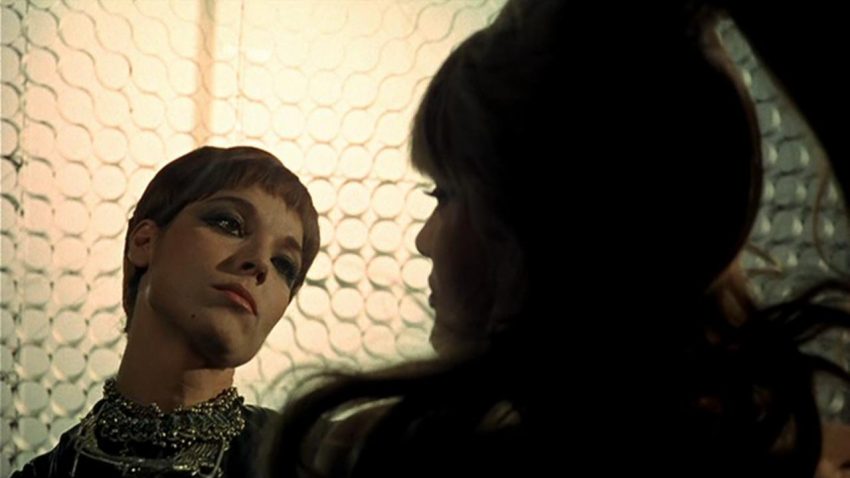 Sometimes referred to as Perversion Story, this is an Italian giallo thriller directed by one of the masters of the genre, Lucio Fulci. Set mostly in San Francisco, the story follows a doctor, played by Jean Sorel, who is the co-owner of a struggling clinic. The doc is estranged from his ailing, mostly bedridden wife. And meanwhile, he’s having an affair with a character played by Martinelli. The doctor’s wife dies from an asthma attack while he’s off on a lover’s rendezvous with his mistress. And when it turns out that his late spouse’s unexpected demise brings him a load of cash via an insurance policy, foul play is suspected and he is investigated for murder by drugging. Martinelli’s character has a cool look and attractive personality, but the showstopper in this film is exotic Austrian beauty Marisa Mell. Mell portrays both the doctor’s wife and then an erotic nightclub performer who comes into the doc’s world and alarms him because of how much she resembles his recently deceased spouse. The story does a trip on your head, the risqué scenes are titillating, and the San Francisco scenery is beautifully shot. A must-see for any giallo enthusiast. And, once again demonstrating her uncanny ability to excel in all manner of different roles, Martinelli is an asset to the quality of this cult classic title. 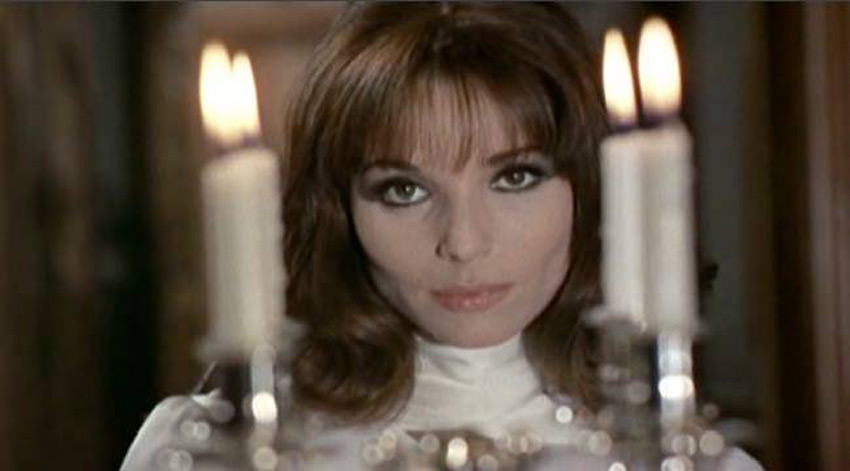 An eerie French thriller. The novel behind this film was written by the same crime fiction duo (Boileau-Narcejac) who penned the books on which the classic French film noir Les Diaboliques (1955) and Hitchcock’s Vertigo (1958) were based. A moody nightclub pianist is approached by a peculiar man who has a bizarre proposition for him: the odd man wants the musician to impersonate a certain somebody for a stretch of time. It seems the subject in question is in exile in some far off land, and while he’s away, he stands to lose out on a large inheritance in which Mr. Peculiar has some special interest. The guy making the proposition swears the pianist looks just like the missing man and will have no trouble convincing others he’s him, as long as he studies up a little on things like the guy’s mannerisms and writing style. At first, the musician says no, thanks, but when he loses his job at the nightclub, he feels he has no choice, as he is being offered a hefty sum to take on this weird assignment. I won’t try to summarize all that goes down once the musician moves into the missing man’s palatial estate and begins impersonating him. Suffice it to say, shit gets weird. Martinelli has the most interesting role in the story. She plays the wife of the missing man. She is glamorous, elegant, quirky, and possibly seriously unstable mentally. As he coexists with the pretty and odd lady to whom he is pretending to be wedded, the musician has to try and figure out whether or not she actually believes he’s her hubby. This is an offbeat thriller that keeps you watching and keeps you guessing, and Martinelli’s character is what makes it go.