Drawn and Buttered by Shari Randall: A Visual Guide

January 24, 2019
GIFnotes: Giving you the basic plot summary of an upcoming book with the help of the Graphics Interchange Format. 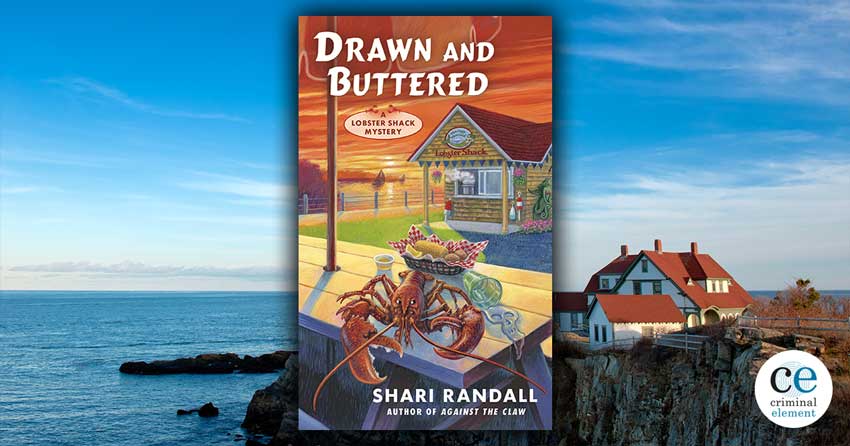 Until a monster lobster claws his way onto the scene.

With high season behind them, ballerina-on-the-mend Allie Larkin and Aunt Gully are finally lying low.

But then an unexpected guest arrives at the lobster shack…

A crustacean so huge he’s dubbed Lobzilla around Mystic Bay and on social media.

Soon, with everyone showing up for a peek in their tank, Allie and Aunt Gully have more on their plate than they can handle.

Meanwhile, another local establishment finds itself in hot water.

Allie takes it upon herself to help with the investigation, but before she can get to the bottom of the case, another alarm sounds.

The Lazy Mermaid’s Lobzilla has gone missing and is on the loose!

And bodies are beginning to pile up.