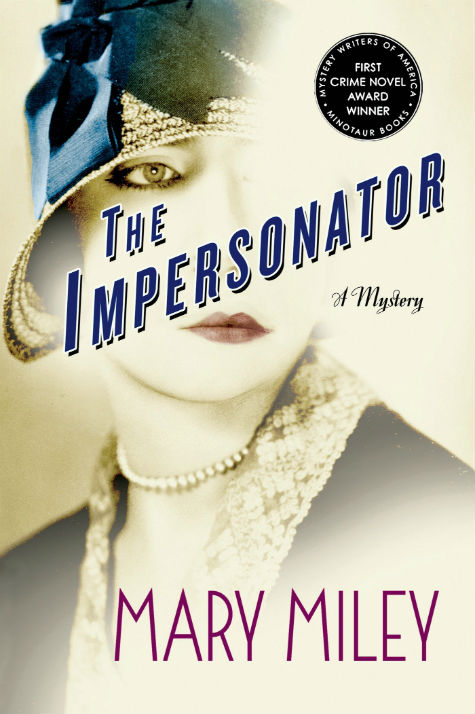 1.     Did you hear stories from your grandparents about the Roaring Twenties? Prohibition? Women’s rights?

2.     What parallels do you find between Prohibition of alcohol in the 1920s and today’s prohibiting of recreational drugs? Do you think the government should prohibit or regulate alcohol, recreational drugs, medicine, cigarettes, or other items?

3.     Some historians believe the women’s movement made its greatest advances in the 1920s. What evidence for this did you find in The Impersonator? What examples of limitations on women did you notice in the story? What could Jessie do or not do back then that we take for granted today?

4.     The Twenties brought new freedoms to young American women that older ones never had. How was Grandmother’s life constrained by her times? Aunt Victoria’s life?

5.     Vaudeville began in the 1870s and reached its height in the 1920s when this story takes place. It declined in the 1930s and was gone by the 1940s. Why do you think this popular form of family entertainment disappeared? What replaced it?

6.     What does Jessie want in the beginning of the story? Does she achieve it at the end? What price does she pay for her role in the scam?

7.     The Roaring Twenties was a virulently racist era, the height of the Ku Klux Klan in both northern and southern states, and a time when anti-black, anti-Catholic, anti-immigrant, anti-Semitic, anti-Asian, and anti-gay sentiments were universal. Why do you think Jessie is more open-minded than was typical in this time period?

8.     Is there more than one impersonator in the story? What themes about impersonation did you notice throughout the novel?

9.     Whom did you first suspect? When did you begin to suspect the real culprit?

10.     How did you anticipate thatthe strong resemblance between the heiress and the imposter might be explained?

12.     Do you support Leah's decision to adopt Jessie’s name? Or Grandmother's intentional decision to continue using it? What significance does a name have for the main character?

13.     Which of Leah's skills as a performer overlap with detective skills? How much of the solution depended on luck or coincidence?

14.     How might Jessie become tangled in another crime solving opportunity? What other characters do you hope to find in future books?

15.     If a movie were made of The Impersonator, who could you see playing the role of Jessie? David? Any other characters?