DISCOUNT: Tom Clancy’s Op-Center: Into the Fire by Dick Couch and George Galdorisi 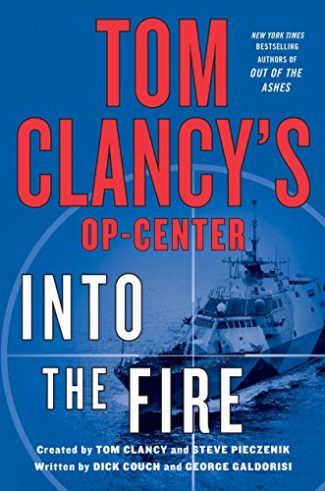 Tom Clancy's Op-Center: Into the Fire

Get a digital copy of Tom Clancy’s Op-Center: Into the Fire for only $2.99 through the month of May!

When a team of assassins murders a high-ranking North Korean general and his family in their sleep, making it look like a robbery, events are set in motion that could shake the balance of world powers. Meanwhile, a U.S. naval combat ship, the USS Milwaukee, is attacked by North Korean forces in the middle of a training exercise off the shore of South Korea, and Commander Kate Bigelow is forced to ground the ship to avoid being captured. The crew takes refuge on a tiny island, trapped dangerously between the grounded ship and a fleet of hostile North Korean soldiers.

Op-Center intelligence discovers a secret alliance behind the attack—a pact between China and North Korea that guarantees China total control of a vast oil reserve found beneath the Yellow Sea. As both sides marshal their forces for a major confrontation at sea, Chase Williams and his Op-Center organization devise a plan to secretly spirit the American crew from the island and out from under North Korean control. But the North Koreans are not finished. In a desperate gamble, they unleash a terrorist cell on the American homeland. Only Op-Center can uncover their plan and stop it in time to prevent a major catastrophe that could lead to all-out war.

Read an excerpt from Tom Clancy’s Op-Center: Into the Fire!

Tom Clancy Firing Point by Mike Maden is the 29th book in the Jack Ryan Universe, where Jack Ryan Jr is out to avenge the murder of an old friend, but the vein of evil he’s tapped into may run too deep for him to handle. I’ve been reading Tom Clancy novels on and off…