In anticipation of Trail of Echoes by Rachel Howzell Hall (Available May 31, 2016), get the 1st Detective Elouise Norton novel, Land of Shadows, in ebook format for only $2.99 until May 2, 2016!

For one thing, the condo site is owned by Napoleon Crase, a self-made millionaire. . .and the man who may have murdered Lou's missing sister, Tori, thirty years ago. As Lou investigates the death of Monique Darson, she uncovers undeniable links between the two cases. But her department is skeptical.

Lou is convinced that when she solves Monique's case she will finally bring her lost sister home. But as she gets closer to the truth, she also gets closer to a violent killer. After all this time, can he be brought to justice. . .before Lou becomes his next victim?

Rachel Howzell Hall has produced a mystery novel that has a second mystery at its heart running throughout as a creeping undercurrent. And Now She’s Gone could have been produced as a pure mystery/private investigator story but ends but being something much bigger. It opens with a haunting snippet from poet Emily Dickinson: One need… 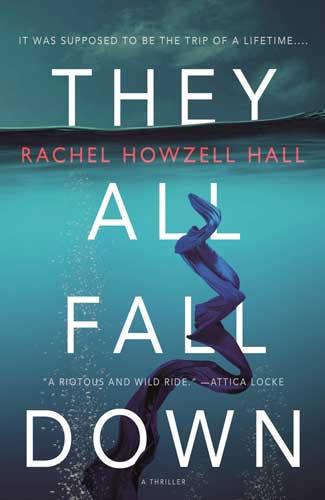 Book Review: They All Fall Down by Rachel Howzell Hall