December ’41 by William Martin: Cover Reveal + A Note from the Author!

October 25, 2021
Hitting stores in June 2022, check out the cover of December '41 for the first time here and learn about William Martin's inspiration for the novel. 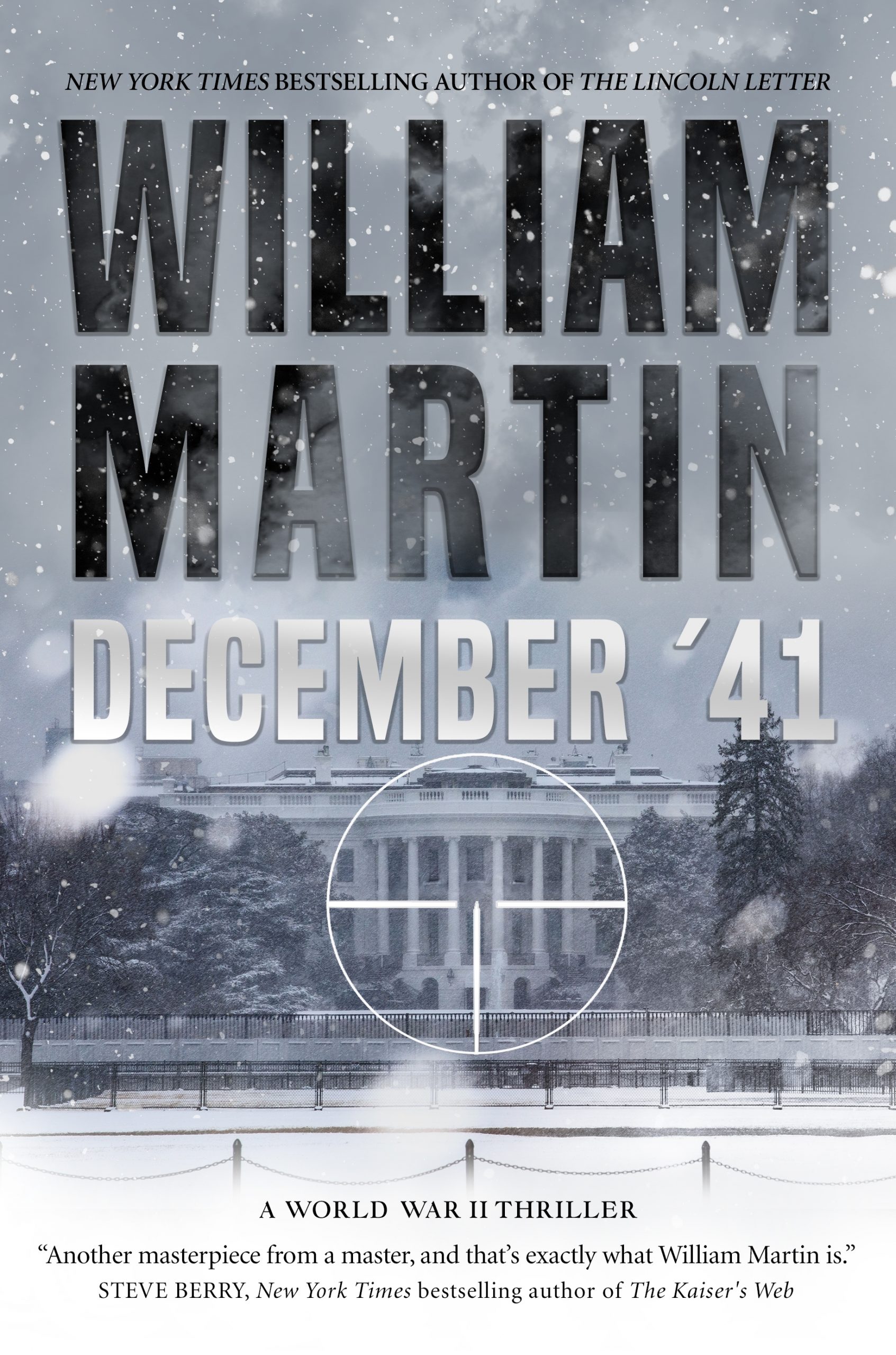 A Note from William Martin

I like to write on a broad canvas, about high stakes, with a big idea driving me on from the first scene to the climax.

For December ’41, I found them all at the movies. I was watching the World War II film, Darkest Hour. About halfway through, Churchill calls FDR and begs for help against the Nazi onslaught. FDR says he can offer nothing but encouragement. Churchill slumps in despair. It’s his darkest hour.

But eighteen months later, I knew, on Christmas Eve, 1941, they’d stand together on the South Portico of the White House to light the National Tree. And what a target they’d make.

Before the movie ended, I had a plot hook: a Nazi assassin will try to kill them both. Over dinner, I told my wife about this new novel that would have everything I was looking for: a tight structure that begins on the day after Pearl Harbor and ends on Christmas, a stopwatch plot that tells you where it’s taking you and speeds you inevitably toward its climax, and the highest of stakes on one of the biggest stages in history.

Of course, I like my historical thrillers to have the ring of authenticity. So I had to know: was anyone in Washington worried about an assassination that night? Time for some research. I turned to Mike Reilly, who ran FDR’s Secret Service detail during the war. He wrote a memoir called Reilly of the White House, in which he described those early days, when his greatest fear was the lone assassin or the small group dispatched to kill the president. So, yeah, it could’ve happened… even if we all know it didn’t. So I could proceed to the next step, playing the author’s game of “What-if?”

What if this Nazi assassin—cold, calculating, yet strangely idealistic—is hiding in the neo-fascist hotbed of Los Angeles, lurking in the shadows of the German-American Bund? What if he escapes an FBI raid but leaves behind a tiny bit of evidence.

The manhunt is on. It will sweep us from Hollywood watering holes to the luxurious Santa Fe Super Chief to Washington DC on Christmas Eve. It will show us a nation awakening from isolation, from the pleasant distractions of swing music and movies, to confront new and harsh realities, and—here’s that big idea I’m always looking for—it will depict ordinary Americans: an FBI agent, a Hollywood script reader, a failed actress, a detective, a train porter—stepping out of their personal lives to stop that assassin and, perhaps, save the world.

How will they do it? Who will live and who will die? How close will the killer get to success? Answering those questions, building suspense in the face of historical fact, would challenge me and keep readers turning pages long into the night.