December 14, 2021
Check out the cover for Death Warrant, Bryan Johnston's new near-future dystopian thriller coming from CamCat Books in May 2022, plus read a new excerpt! 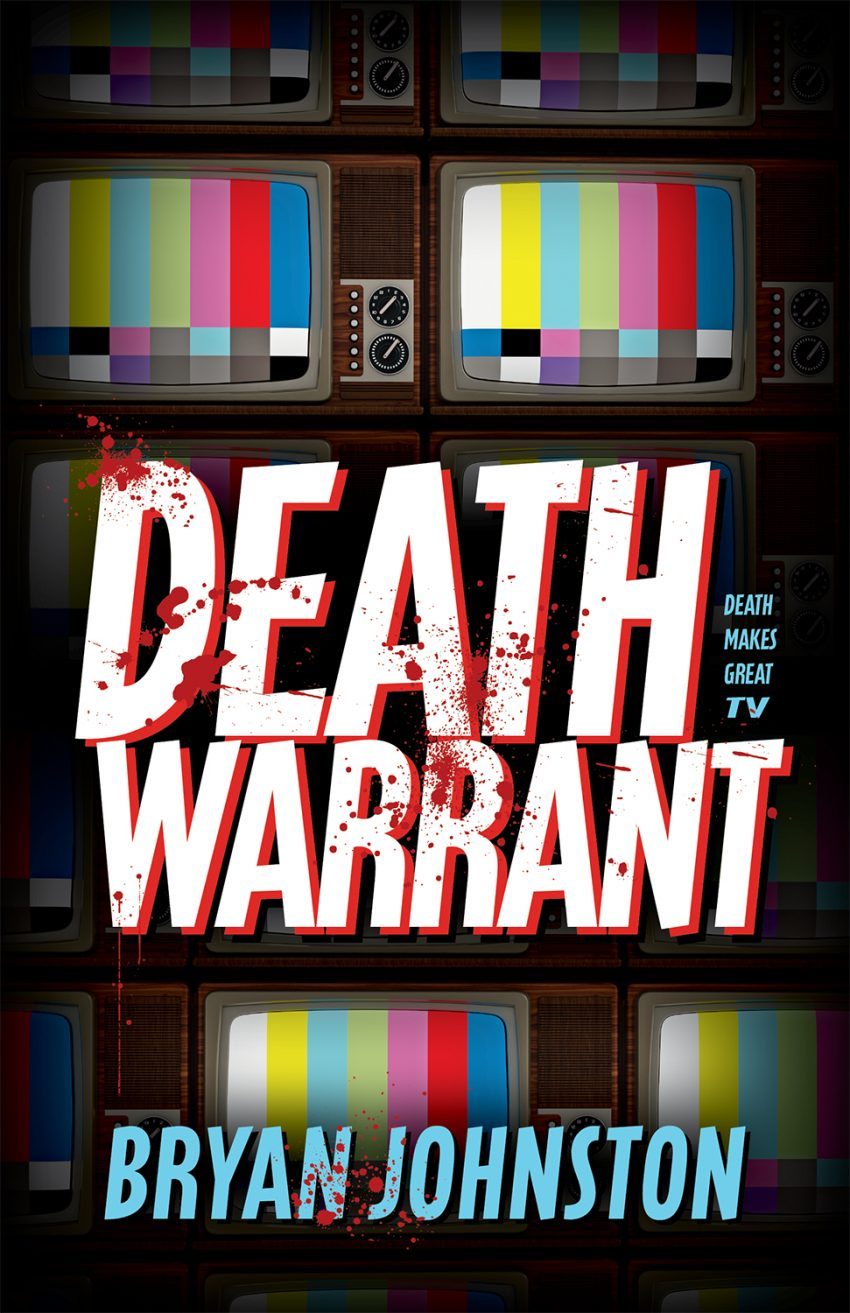 Jesus, thought Joey, stopping to catch his breath while simultaneously chastising himself for using the Lord’s name in vain. They’d said the hike was challenging, even by hardy Norwegian mountaineering standards. But he didn’t realize “challenging” was code for “your lungs will be bleeding.” Probably not too demanding for a younger person, but he grudgingly admitted he no longer fit that demographic. Those advancing “middle-years” made his little adventures even more important to him. He took a swig from his water bottle and checked his watch. He’d been making good time. “That’s why you trained for six months, dummy,” he reminded himself for the umpteenth time, not that anyone could hear him. He’d seen a few hikers coming back down the mountain, but to his surprise he hadn’t seen anyone else making the ascent. He’d purposefully picked the least touristy season that didn’t include several feet of snow to make his bucket list trip, but still, he’d expected to see a few more people. Not that he was complaining; he was enjoying the solitude. With one last cleansing breath and the taste of copper dissipating from his mouth, he got to his feet for the final push.

On the climb he’d taken to talking to himself, carrying on conversations out loud, playing the part of all parties involved. He’d found it highly entertaining, and it helped keep his mind off the lactic acid burning in his thighs over the five-hour climb.

“Why in heaven’s name does it have to be Norway? It’s so far away,” Joey said out loud in the closest resemblance of his wife Joanie’s patented exasperated tone. He’d had thirty years of marriage to fine tune it.

“Because that’s where the Trolltunga is, hon!” Joey replied.

He vividly remembered when the holo-brochure had arrived. “Have you ever seen anything like it?” he’d asked her. She hadn’t. The 3D image projected by the brochure had been impressive, and even his wife couldn’t deny that. The Trolltunga was a rock formation that sprang 2,000 feet straight up above the north end of a Norwegian lake whose name Joanie never could pronounce and was topped with a cliff that jutted out preposterously far, like an enormous plank of a pirate ship. Watching the image slowly rotating over the brochure on their dining table had sealed the deal.

Joey could taste the copper again but powered through. He knew he was almost there.

“Should have brought the stick, genius,” he grumbled to himself.

“That’s what hiking staffs are for.” But he’d been afraid some careless baggage handler would damage it. The staff had been too important to him. The entire Boy Scout Troop had carved their names into it along with the final inscription, “Thanks for all your years of service.” He wasn’t sure who was prouder of the gift, him, or Joanie. Regardless, the staff would have been a help.

His research showed that the round-trip climb would be about 22 kilometers—45,000 steps—and the equivalent of climbing and descending 341 floors. He guessed he was right around floor 170. Almost there.

As he rounded a large boulder, he thought back on all his training, preparation, and admittedly, the inconveniences he’d put Joanie through, and recited one of his wife’s favorite admonitions, “Joey Dahl, I swear you will be the death of me.” But then what he saw stopped him in his tracks. At that moment Joey felt complete validation. He also instantly understood what made the Trolltunga such a draw for thrill seekers. The cliff’s edge reached out so far that the photo op was one for the books, the type of picture you frame and hang in your den. A conversation starter.

Bragging rights. The other church deacons were going to be sick of hearing about it.

“Oh, babe,” Joey said, more to himself this time, “I wish you were here to see this.” But even six months ago he knew that was never going to happen, what with her condition, but she was never going to begrudge him this trip. He’d been dreaming about it for years.

It took a certain person, one immune to heights and vertigo, to walk to that cliff’s edge and look out. Joey was one of those people. He set up the small, portable tripod he’d brought and mounted his mobile device, his optic, to take pictures and video remotely. He couldn’t wait to show it to Joanie and the kids. Through a little trial and error, he eventually got the framing right and strode out to the edge. He turned to face the camera and spread his arms wide in a “look at what I achieved” pose. The optic’s camera lens clicked once, twice, three times.

And then the bullet hit him right above the left eye.

Joey Dahl dropped like a puppet whose strings had been cut, toppling backwards off the cliff, falling into space. Like a base jumper without a wingsuit or parachute. His body tumbled down the sheer cliff face, yet he never quite hit the side. His body stayed clear of the rocky wall, due to the sharp drafts from the lake below. The constant pushing away from the wall, managed to keep him undamaged, bullet wound aside, until he finally met the ground below, by a lake whose name his wife never could pronounce. By then, however, he’d been long dead.

Six thousand miles away, a room full of people in finely tailored suits and skirts were watching intently, applauding with their approval. One of them, a woman with severe bangs, all business, smoothly pivoted from the wall of monitors, her eyes drawn to another, smaller screen where a series of numbers were appearing in real time. She allowed herself a trace of a smile. The ratings were in. Perhaps not matching those of the pop star’s demise from last summer, but still better than management had expected. Enough to trigger her bonus. Maybe she’d take the kids to Six Flags. 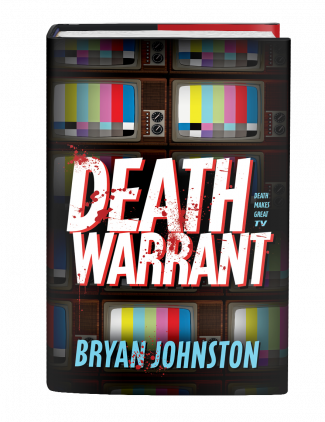 About Death Warrant by Bryan Johnston:

Frankie Percival is cashing in her chips. To save her brother from financial ruin, Frankie—a single stage performer and mentalist who never made it big—agrees to be assassinated on the most popular television show on the planet: Death Warrant. Once she signs her life away, her memory is wiped clean of the agreement, leaving her with no idea she will soon be killed spectacularly for global entertainment.

After years of working in low-rent theaters, Frankie prepares for the biggest performance of her life as her Death Warrant assassin closes in on her. Every person she encounters could be her killer. Every day could be her last.

She could be a star, if only she lives that long.