Dachshund Through the Snow by David Rosenfelt: A Visual Guide

August 23, 2019
GIFnotes: Giving you the basic plot summary of an upcoming book with the help of the Graphics Interchange Format. 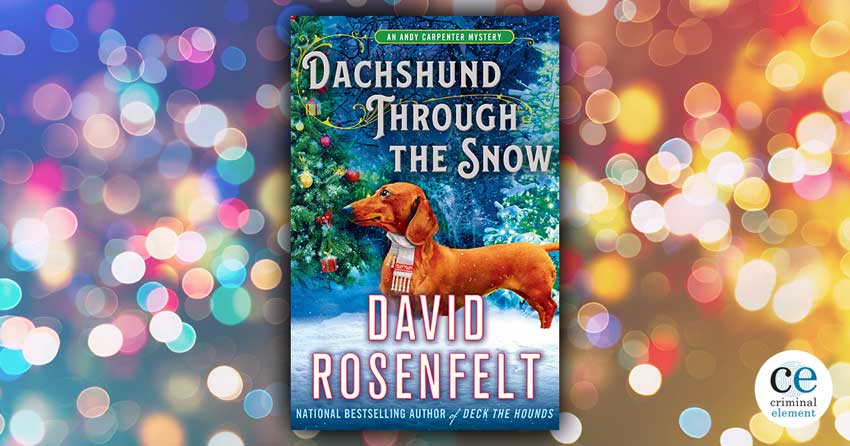 Dachshund Through the Snow by David Rosenfelt is the 20th book in the Andy Carpenter series, where lawyer Andy Carpenter and his golden retriever, Tara, can’t say no to helping young Danny and his dachshund, Murphy, reunite with family in time for Christmas—take a visual tour with GIFnotes!

Lawyer Andy Carpenter and his wife, Laurie, have started a new Christmas tradition.

Their local pet store has a Christmas tree where instead of ornaments there are wishes from those in need.

One poignant wish leads Andy to a child named Danny, whose selfless plea strikes a chord.

Danny asked Santa for a coat for his mother…

A sweater for his dachshund, Murphy…

And for the safe return of his missing father.

It turns out Danny’s father doesn’t want to be found.

He’s on the run after just being arrested for a murder that took place 14 years ago.

A murder that Danny’s mother swears he didn’t commit.