CTE: Is Football’s Brain Disease a Defense to Murder? 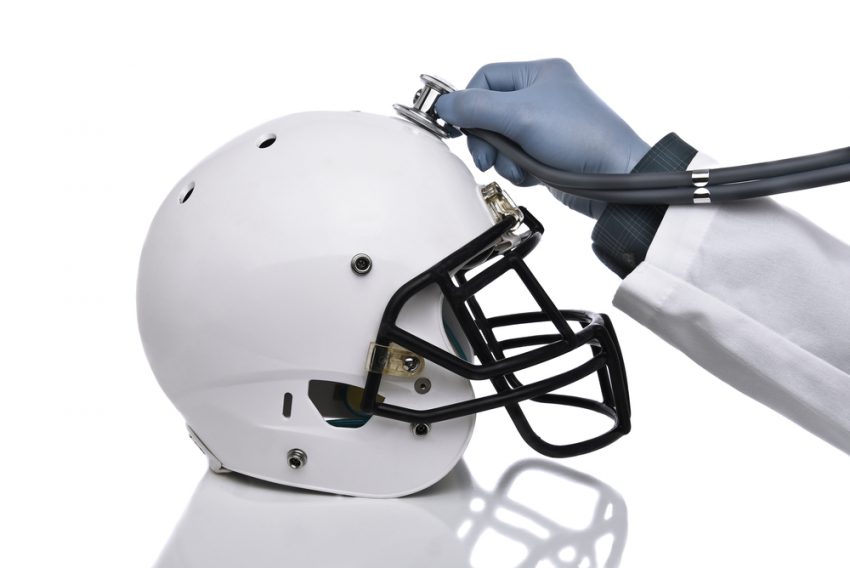 Aaron Hernandez, the former New England Patriot tight end, was a murderer. A jury said so. Hernandez suffered from chronic traumatic encephalopathy (CTE) caused by repeated blows to the head. The medical examiner said so. An autopsy showed that Hernandez was suffering from the most severe case of the brain disease ever diagnosed in a person his age. He was 27 when he committed suicide in prison.

Did CTE make him a murderer? And if so, should we take a hard look at the underlying cause, the sport he played from childhood? Stated another way: did football—from Pee Wee to high school to college to the NFL—cause this millionaire athlete in the prime of his career to kill one man with no apparent logical motive and perhaps kill two others in cold blood?

My interest in CTE is both personal and professional. In real life, I lost a friend to the disease. In my fictional universe, I have given symptoms of CTE to the protagonist of my long-running Jake Lassiter series.

More about my friend and fictional hero later. As for Hernandez, there is no definite answer to the questions I raised. The jury did not consider the link between his then-undiagnosed brain disease and his criminal conduct. But that simply raises another question: with the plague of CTE spreading throughout contact sports—particularly football—will there soon be a court case that raises the horrific brain disease as a defense to a crime?

There is, of course, the insanity defense, whose elements vary widely from state to state. Basically, the defendant admits the killing but claims a legal excuse of not knowing the difference between right and wrong, or “irresistible impulse” in jurisdictions that recognize that defense, or “diminished mental capacity,” which might eliminate the premeditated nature of the crime but not guilt itself.

Caused by repetitive concussions and perhaps even repeated sub-concussive impacts, CTE damages the risk assessment capacity of the brain. Victims suffer hallucinations and behave irrationally and sometimes violently. They might throw themselves through glass doors, threaten others, or take their own lives. As of now, there is no cure, though medical research seeks a “concussion pill,” among other measures.

Care for a chilling statistic? Last year, the Journal of the American Medical Association reported that 110 of 111 deceased former NFL players who had shown symptoms of CTE prior to death were positively diagnosed with the disease in autopsies.

The subject of CTE has been weighing heavily on my mind. As I indicated earlier, a friend of 30 years—a former football and rugby player—died from the disease in his 60s. Now, in print, my linebacker-turned-lawyer Jake Lassiter is behaving erratically. He’s fighting with prosecutors, being held in contempt by judges, and becoming confused in court and lost on familiar Miami streets. These symptoms began in last year’s book, Bum Luck, which opens ominously: “Thirty seconds after the jury announced its verdict, I decided to kill my client.”

My symptoms are consistent with several very scary illnesses. Senile dementia, Alzheimer’s disease, frontotemporal dementia, and, of course, C.T.E. They’re pretty much first cousins of each other. Nasty, homicidal cousins.

Read an excerpt from Bum Deal!

Does Lassiter have the always-fatal disease? It’s impossible to say because a definitive diagnosis can only be made postmortem in an autopsy.

“That’s where I draw the line, doc,” Lassiter says. “No autopsy. Not yet, anyhow.”

The NFL has been cynical and evasive, denying for years that head injuries in football cause brain damage. Lassiter will have none of that:

C.T.E. is to the National Football League what black lung is to coal mining, the inescapable industrial disease that keeps on giving, and I might be one of its victims.

After denying any link between helmet-to-helmet collisions and brain disease, the NFL changed its tune and paid nearly $1 billion into a fund for medical expenses of former players. Even after establishing the fund, the league has made it difficult for former players to qualify for the money, denying claims for many clearly suffering from CTE symptoms. Lassiter has some thoughts about the NFL’s conduct:

What excuse could there be for the NFL falsifying its head-injury reporting, omitting hundreds of concussions and paying off physicians who found no link between concussions and dementia? Then, after staking out its indefensible position, the NFL hired tobacco company lawyers and lobbyists to press its case. Basically, the sport that replaced baseball as the national pastime had become a multi-billion dollar racketeering enterprise.

Now, Lassiter begins experimental treatments that are actually being used in medical trials around the country.

My first brain scan’s results were “murky,” to use Dr. Melissa Gold’s word. I had some misshapen tau protein, but not the stiffened tangles of sludge that indicate full-blown, incurable, fatal C.T.E. She called my condition a “precursor” to the disease. I took this to mean that the Grim Reaper had been spotted in my neighborhood but hadn’t yet rung my doorbell.

And what of young people? Some watershed events have occurred here in California recently. Two state legislators introduced a bill that would bar youth tackle football. No hitting until high school. In San Diego, two mothers are suing Pop Warner football for the deaths of their teenage sons, allegedly from CTE. Some youth soccer leagues are discouraging boys and girls from practicing headers out of fear of repetitive sub-concussive injuries.

Many observers wonder if football (pro, college, high school) will even survive. Perhaps it is now an appropriate time to ask if it should survive, at least in its current form. I’m a former sportswriter and a lifelong Penn State football fan, so I don’t ask these questions lightly. I simply hope that my treatment of these issues will spark conversations among readers. It’s a topic of importance to athletes, sports fans, and parents across the nation.