You know how much we love to celebrate great mystery and crime fiction. The Crime Writers of Canada love it too.

Last weekend,the CWC feted the winners of its annual Arthur Ellis Awards for excellence in works in the crime/mystery/thriller genre published for the first time in the previous year by permanent residents of Canada, or by Canadian citizens living abroad. Here are the nominees and the winners (in bold).

The Derrick Murdoch Award for special achievement was given posthumously to author Lyn Hamilton for her body of work and extensive contributions to the Canadian crime-writing community.

Baker Lily Roberts is perfectly happy with the progress that her months-old tea room, Tea by the Sea, is making in establishing itself as a neighborhood institution in North Augusta, Cape Cod. So when her grandmother Rose and best friend, Bernie, nominate her for America Bakes!—a reality TV show that pits bakeries and similar establishments…

Tearoom proprietress Lily Roberts is looking forward to making the most of the busy Cape Cod summer tourist season, especially since any profits earned now will help tide Tea by the Sea over their much less lucrative winter. So it’s a pleasure for Lily to help host her beloved grandmother Rose’s dear friend from Iowa,… 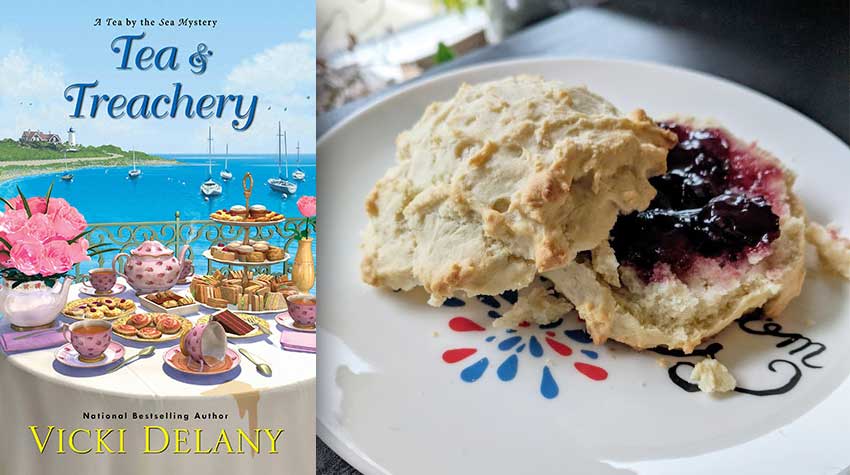 I love a proper afternoon tea service, but since I haven’t been able to attend one in ages (thanks, pandemic), reading Vicki Delany’s Tea & Treachery while sipping on a cream tea and nibbling on cake was a delightfully atmospheric substitute. Bonus: I got to vicariously enjoy the Cape Cod seaside and solve a murder…

Book Review: The Sun Down Motel by Simone St. James

The Sun Down Motel by Simone St. James is an eery, spellbinding tale spanning two generations of women and centering on an Upstate New York motel where something hasn’t been right for a very long time. Fell, New York, 1982: Twenty-year-old Viv Delaney leaves an unhappy home in Illinois for New York City but finds…