Caged by Ellison Cooper is a gripping thriller debut for fans of Kathy Reichs, Thomas Harris, and Patricia Cornwell.

FBI neuroscientist Sayer Altair hunts for evil in the deepest recesses of the human mind. Still reeling from the death of her fiancé, she wants nothing more than to focus on her research into the brains of serial killers. But when the Washington D.C. police stumble upon a gruesome murder scene involving a girl who’d been slowly starved to death while held captive in a cage, Sayer is called in to lead the investigation. When the victim is identified as the daughter of a high profile senator, Sayer is thrust into the spotlight.

Ellison Cooper has a Ph.D. in anthropology from UCLA, with a background in archaeology, cultural neuroscience, ancient religion, colonialism, and human rights. She has conducted fieldwork in Central America, West Africa, Micronesia, and Western Europe. She has worked as a murder investigator in Washington DC, and is a certified K9 Search and Rescue Federal Disaster Worker. She now lives in the Bay Area with her husband and son. 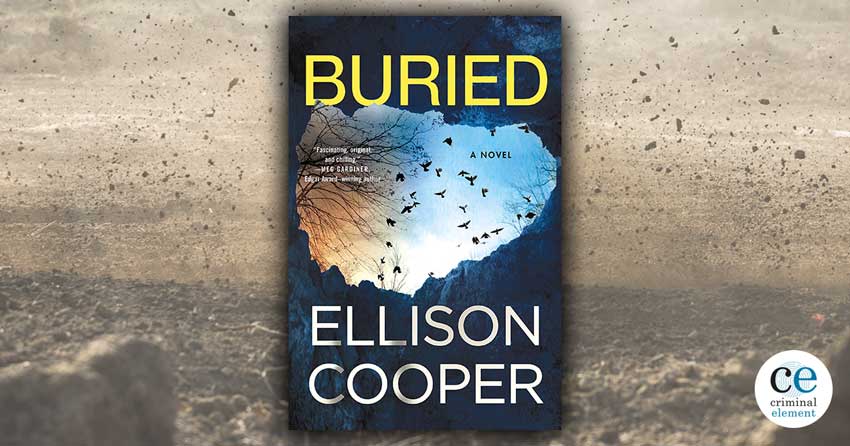 Buried by Ellison Cooper is the second book in the Agent Sayer Altair series, where the FBI neuroscientist is on the trail of a serial killer who’s turned up the heat on a cold case. An FBI agent’s hike on his day off doesn’t go according to plan when his cadaver dog scents a body.…