COVER REVEAL: Because You’re Mine by Rea Frey

Take a first look at the cover for Rea Frey's Because You're Mine and then start reading below with an exclusive excerpt! 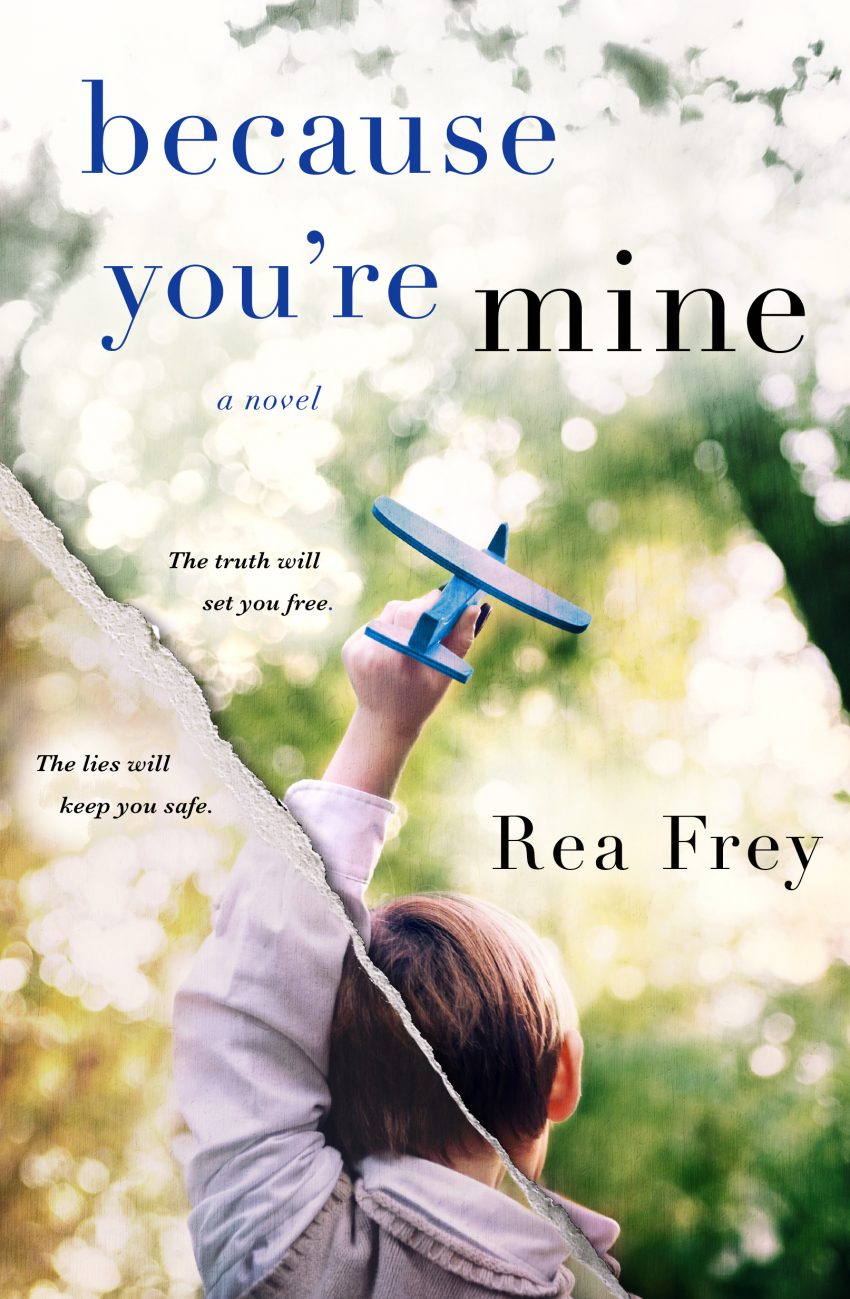 A child needs a mother most of all. But what happens if that mother disappears? Because You’re Mine is a breathtaking novel of domestic drama and suspense. Prepare to stay up all night.

Single mother Lee has the daily routine down to a science: shower in six minutes. Cut food into perfect squares. Never leave her autistic son Mason in someone else’s care. She’ll do anything—anything—to keep his carefully constructed world from falling apart. Do anything to keep him safe.

But when her best friend Grace convinces her she needs a small break from motherhood to recharge her batteries, Lee gives in to a weekend trip. Surely forty-eight hours away from home won’t hurt? And Noah, Mason’s handsome, bright, charismatic tutor—the first man in ages Lee’s even noticed—is more than happy to stay with him.

Forty-eight hours later, someone is dead.

But not all is as it seems. Noah may be more than who he claims to be. Grace has a secret—one that might destroy Lee. Lee has secrets of her own that she will do anything to keep hidden.

As the dominoes begin to fall and the past comes to light, perhaps it’s no mystery someone is gone after all…

She is going to die.

But the girls gave her such a hard time about not making the hike this morning. They’d come off the trail, sweat-stained and endorphin-soaked, ready for coffee, green juices, and egg whites. While they were enjoying nature, she was sleeping, which was the entire point of this weekend.

Now, a branch pops under her boot. Pine and dirt create a sensory cocktail as the mountain air bites her lungs. The moon is a guiding half-bulb that cranks her skin to the lightness of milk. She struggles to find her footing on the path that weaves in a zigzag. She checks her reception: two bars. Her fingers swipe for the phone’s flashlight, but she thinks better of it and switches it off. She’ll need the battery.

Her breath severs into short inhales and sharp exhales as she starts to climb. She is not a strong hiker, has never been. So why is she climbing a mountain?

She trips over a tree root and steadies her footing. “Careful,” she warns. It will be a miracle if she doesn’t sprain an ankle or get mauled by a bear. The app on her phone shows the peak is half a mile up, the spike of the mountain a phantom through the swollen trees.

Her body spasms the higher she climbs. Her lungs flame. The wine coats her tongue in a sweet, black film. The alcohol’s effects crush her senses. She surrenders to the discomfort of her limbs and shakes her head in an attempt to clear it.

The darkness consumes her as the moon disappears behind a wispy cloud. She exhales into the muted night and releases the pain. She decides to focus only on the hike, the clean air, the sizeable stars that pop like diamonds scattered across a black cloth. The wind shoves forcefully at her back and propels her onward. The betrayal stings, but she needs to forget about it now. She sucks a ragged breath.

“Just get to the top,” she murmurs.

Her right foot swipes altitude as if she is knocked to the side. One moment, she is steady and the next she is not. Vertigo consumes her. Her heart stutters and threatens to stop while gravity scrapes her body toward the earth in a relentless wrench. She hears the sound of her bones crack against branches, then the sound of her voice—a startled whisper instead of a terrified scream.

She anticipates the pain, the silent reel of her life making its final playback in the few seconds she has left. The reckless, ill-timed decision to take a midnight hike. The lies. The secrets. The truth, still burrowed inside, tangled and safe. Her. Him.

She battles for breath while she falls farther, faster, and harder. Her child’s face blasts into her mind—motherless—as the ground hurtles into view. She can see it swimming toward her in a swath of green, jagged black rocks, and skinny trees. She keeps her eyes open.

Here, in death, is where she will finally be brave. She stops the questions, the panic, the wonder, the wild, unexpected truth, and feels a small punch of relief. It’s all going to be over. Her life, her history, being a mother, everything.

Gone in an instant.

Her arms blade through the night. Her legs flutter through nothing. Now, it’s just air. Stars blur the inky sky. Trees whiz fast-motion around her. The shrill, displaced leaves, awoken birds, mossy boulders, bear shit. The path shrinks. She plummets face down. Is she ready?

She thinks only of her child as she smashes into the earth with impossible speed, her torso skewered between trunk and rock. There is a final, anguished breath and then nothing, as her scattered and torn body comes to its premature conclusion and sits, undisturbed, until daybreak.