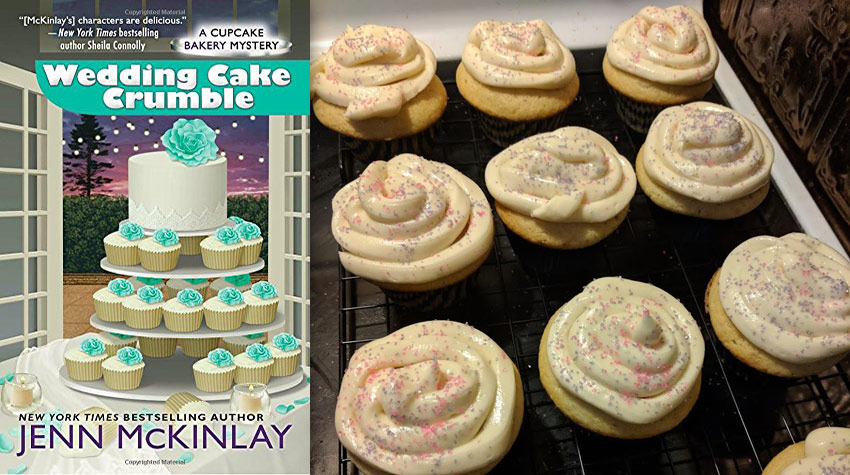 Tate Harper and Angie DeLaura are getting married! After the bridezilla nonsense of the previous book, Caramel Crush, it’s refreshing to see the wedding draw close with minimal romantic drama. Alas, there is more than enough murderous drama to make up for it. With the wedding only a week away, Angie is running around Scottsdale, Arizona, with her best friend and business partner (and our heroine), Mel Cooper, to finalize payments and arrangements. They kid each other about how paranoid they’re being over running into another dead body—until they run into another dead body.

This corpse belongs to the photographer they’d hired for the wedding, a good friend of Tate’s. Poor Blaise was choked to death with his camera strap, as the women are horrified to discover. As if that isn’t traumatic enough, they soon learn that the limousine driver they hired has also died violently. Mel’s police detective Uncle Stan is only the first of a bevy of concerned menfolk who insist that the duo and everyone involved with their business, the Fairytale Cupcake Bakery, acquire a protective detail in case they’re a killer’s next target. But after Mel and Angie pick up a last-minute catering gig to help keep their minds off the murders, they realize that the real target is local author Elise Penworthy, who also had ties to both victims. A former star of the Scottsdale social set, Elise found herself nearly friendless and penniless after a scandalous divorce, so she took her revenge by writing a juicy tell-all cloaked in pseudonyms and disclaimers. Someone has been so outraged by the publication of the bestseller that murder has become the only acceptable revenge.

I was kind of hoping for more Marty in this book after the cliffhanger in the last one, but he’s relegated to the sidelines, his scenes taking place mostly in the form of expositional conversation with Mel. That said, every member of the extended Fairytale Cupcake Bakery clan does get a decent amount of time on the page, coupling up happily and occasionally in surprising fashion. Wedding Cake Crumble is another solid installment in the Cupcake Bakery Mystery series that fans won’t want to miss.

Also unmissable are the cupcake recipes included here! Cupcakes are one of my favorite desserts when done right, and Jenn McKinlay knows how to do cupcakes right. I had a hard time choosing between the four delectable recipes included but learned my lesson after going overboard last time. I finally decided on this one to try out: 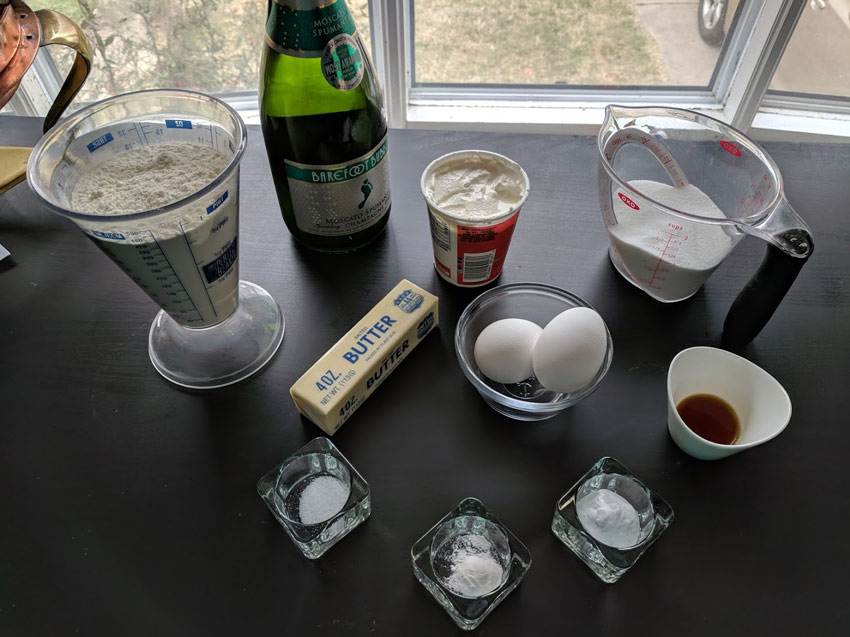 Preheat oven to 350 degrees. Line cupcake pan with paper liners. In a large mixing bowl, cream together butter and sugar until light and fluffy. Add the eggs and the vanilla. In a medium bowl, sift together the flour, baking soda, baking powder, and salt. In a small bowl, whisk together the sour cream and the champagne. It will fizz a bit. Alternately add the flour mixture and the champagne mixture to the large bowl, mixing until the batter is smooth. Fill paper liners until two-thirds full. Bake for 17 to 22 minutes until golden brown. Makes 12.

Simmer one cup of champagne in a small saucepan until reduced to two tablespoons. Allow to cool. In a small bowl, cream together the butter and confectioners’ sugar until thick and creamy. Add the reduced champagne plus one tablespoon champagne. Whip together until light and fluffy.

Decorate the cupcakes with the frosting using a pastry bag. 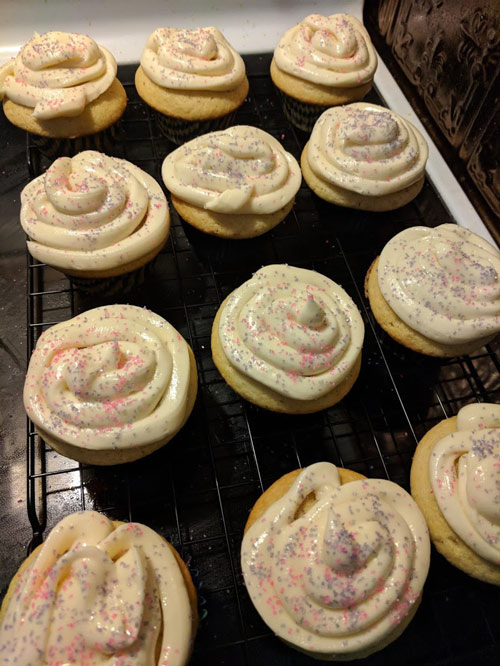 Honestly, Ms. McKinlay’s ingenuity never ceases to amaze! I would never have dreamed of making champagne cupcakes, much less been able to figure out how to make that dream a reality. I do admit to preferring the cake part to the frosting, though this might be due to the fact that I may have reduced the champagne a little too much for the latter. The cake was a perfect dream of lightness, but I felt that the frosting had a bit too much tang to it—odd, considering that it’s the batter that has sour cream and not said frosting. However, my husband felt the exact opposite, preferring the frosting to the cake. Regardless, it was a yummy, decadent treat that wasn’t too hard to whip up, even if the champagne reduction was a little more complicated to execute than the usual topping. I’m saving the other cupcake recipes to try at a later date, but I’m confident they’ll be amazing too.

Next week, I give in to temptation and make another set of cupcakes from a different source in the Big Apple. Do join me!