Cooking the Books: Murder with Fried Chicken and Waffles by A. L. Herbert 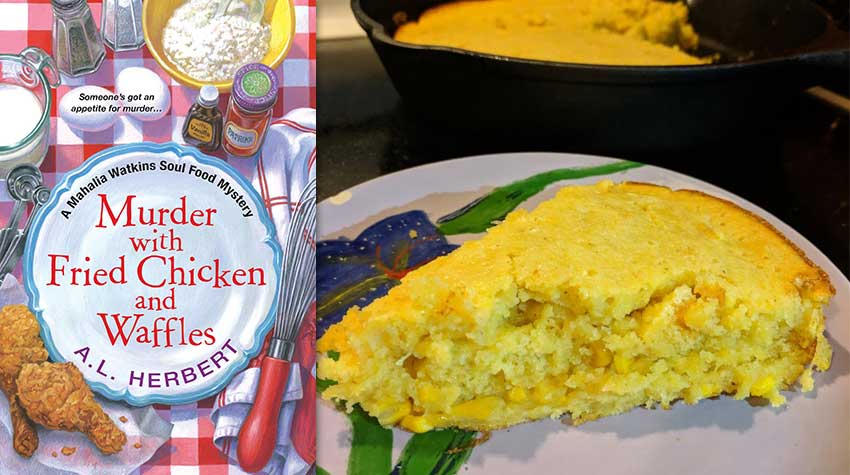 When I first picked up this series, I did so mainly because I’m greedy for more diverse representation in the culinary cozy mystery genre. I was also attracted to the fact that it’s set in Prince George’s County, Maryland—part of the Washington, D.C., Metro area where I’ve lived most of my life. For some reason, I get a big thrill out of recognizing places I know in real life depicted in the fiction that I read. Murder with Fried Chicken and Waffles not only satisfied both of those reading desires for me but did so with intelligence, humor, and some truly delectable recipes.

Halia Jackson is our heroine and the proprietor of Mahalia’s Sweet Tea, the only upscale soul-food restaurant in Prince George’s County. She’s aided by her mother, Celia, who bakes all the desserts while wondering aloud when Halia will find herself a man, and her much younger cousin Wavonne, who spends about as much time being aggravating as she does waiting tables. Halia’s silent business partner, Marcus Rand, is also being a pest about preparations for a small dinner party he’s hosting at the restaurant, but this is all in a day’s work for Halia—until she finds Marcus dead in her kitchen next to one of her cast-iron frying pans.

I was completely taken by surprise at Halia’s reaction to Marcus’s death. It was atypical in my experience of culinary cozy mystery heroines, but it’s hard to argue with her logic. Sweet Tea is her baby, and her efforts to distance her livelihood from the murder are absolutely understandable. Trouble is those same efforts lead to Wavonne becoming the prime suspect for Marcus’s murder. Halia’s sense of self-preservation only goes so far, and she realizes that she needs to find the real murderer before the police take away her irritating but innocent cousin.

I can’t even begin to express how much I loved this book. It overflows with authenticity, from the characters to the settings to the situations. You can tell that A. L. Herbert has worked extensively in the restaurant business and that she loves showcasing her cooking and her community as much as she does constructing a complex cozy mystery. Her fresh take on the genre is a convincing argument for greater diversity in fiction: there are literally no characters like Halia and Wavonne in any of the other culinary cozies I’ve read since the start of this column in 2016. I know real people like Halia and Wavonne, and reading about them makes me feel like I’m bringing more of my many interests in life together in one happy party. Add to this the fact that Ms. Herbert’s writing is just plain good and you have a winning debut that I feel all culinary cozy enthusiasts should read immediately, if they haven’t already.

Of course, one of the tests of our genre is how well the recipes themselves do. This volume included six recipes, and I chose the very first to try: 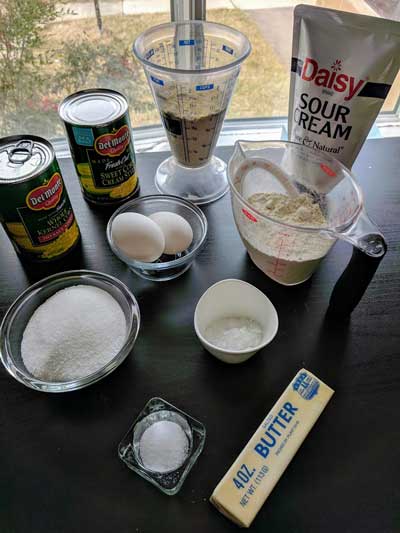 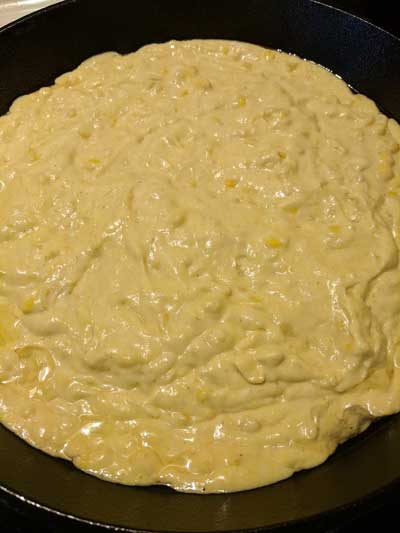 Bake in preheated oven for 25 to 30 minutes, until lightly browned, or until a toothpick inserted into the center comes out clean. 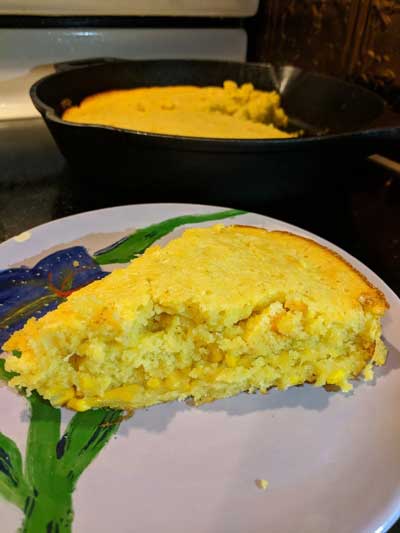 I actually invested in my very first cast-iron pan for this cornbread, and I’m so glad I finally did! I’ve never tried to make cornbread at home before, and I’m not sure if I could ever find a better recipe than this one. It was just the right balance of sweet and salty, and it had the perfect texture due to the sour cream, which keeps the bread moist without adding too much density. That said, I might consider adding chopped pickled jalapeno peppers the next time I make this, as I do love that spicy kick with the otherwise buttery sweet deliciousness of cornbread.

I’ll be reviewing the rest of this series over the next two weeks, and I’m super looking forward to it! Next week sees another culinary first for me. Do join me!