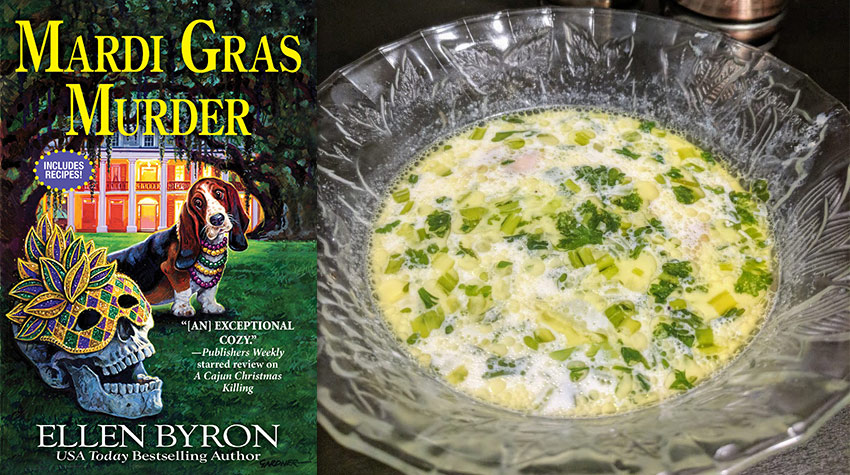 The fourth installment of the Cajun Country Mystery series finds the small Louisiana town of Pelican recovering from floods that washed away far too many of their residents’ worldly goods. While some are forced to relocate – hopefully temporarily – the Crozat family has been fortunate in having ancestors who built their home high enough from the Mississippi that they can lend a hand instead of needing assistance themselves. With Mardi Gras coming in a few short weeks, the town of Pelican is going to need all the help it can get as it prepares for the festivities in the aftermath of disaster.

Of course, not everyone will be able to celebrate: the body of a stranger was found amidst the washed-up wreckage just outside the Crozat Plantation B&B. Since no one is able to identify him, the case is put on the police department’s back burner. Not even our amateur crime-solving heroine, Maggie Crozat, is capable of solving the murder of a complete stranger.

What she is capable of – despite her dismay and constant protests – is taking over for her ailing Grand-mere in judging the Miss Pelican Mardi Gras Gumbo Queen teen pageant. The judging committee is full of eccentric characters, headed by Gerard Damboise, the president of the St. Pierre Parish Historical Society. Gerard is obsessed with local history and lineage and doesn’t care whose toes he steps on in order to preserve his idea of decorum.

Annoying as he can be, however, it still comes as a terrible shock to the community when he’s shot to death. Maggie’s connections and unique observational skills are invaluable in helping her boyfriend, Pelican Police Department Detective Bo Durand, investigate the case, but they may also put her in mortal danger as a relentless killer will stop at nothing to make sure that the past the victim was obsessed with stays buried with him.

Mardi Gras Murder is a rich stew of mystery, personality, and celebration as thick and tasty as the gumbo over which the residents of Pelican vie to outdo one another. Ellen Byron really brings Cajun country to life, with details of its past and present culture vividly rendered throughout. I also enjoyed the romantic subplot, as Maggie’s relationship with Bo hits an all-too-common stumbling block. It was heartening to see them handle it in a way that is ultimately healthy but still wrenchingly painful to undergo, even at secondhand.

In addition to the mystery and some very interesting author notes, Mardi Gras Murder includes a wonderful recipe section featuring eight different dishes. Since I love oysters, I decided to try out this one: 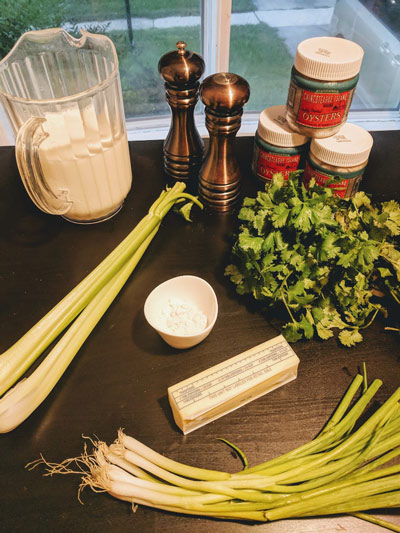 3 dozen oysters, cut in thirds (you can buy them in jars at the grocery store and use the liquid for the recipe)

Add oyster liquid and milk, and stir, stir, stir. Cook slowly over low heat for 30 minutes, and again, stir! Before serving, add the oysters and cook for five more minutes. 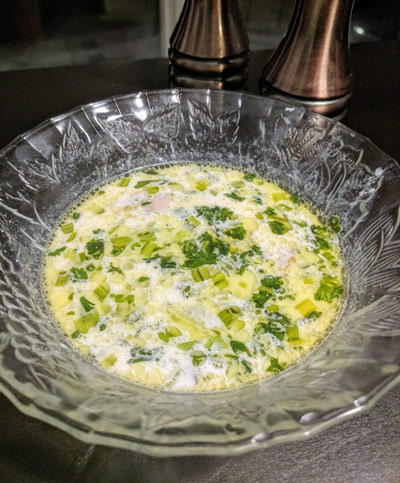 This was so delicious that even my husband, who dislikes celery, had several bowlfuls! I seasoned it with garlic salt and pepper in increments throughout the cooking process, and I highly recommend that you taste the soup constantly to make sure this comes out the way you intend it to. I enjoyed the soup as an appetizer and as an entree with Texas toast, and I thought it tasted just as good the next day as the day of.

Next week, we travel north to get back up to speed with one of my favorite series – and bake some cookies in the process. Do join me!