Cooking the Books: Eat, Drink and Be Wary by Devon Delaney 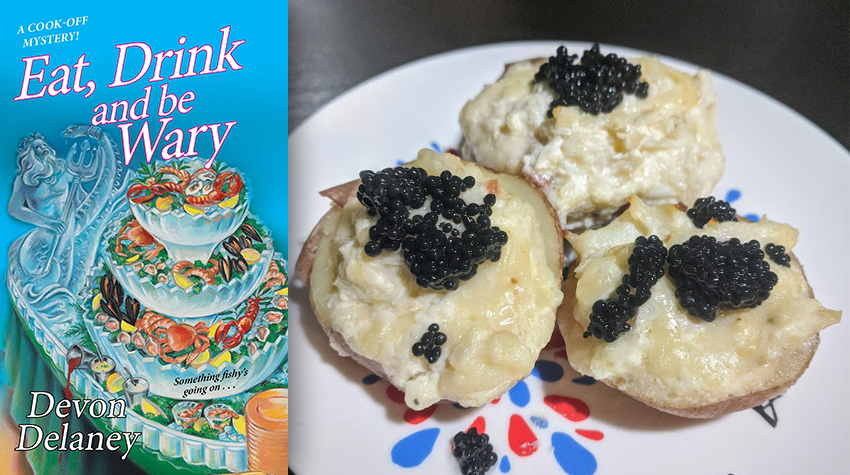 The latest cooking competition that our heroine, Sherry Oliveri, has entered comes with a unique but helpful twist. She’s allowed a sous chef, and who more fun to spend time with than her younger brother, Pep, who has only recently blown back into town after years of a rather peripatetic lifestyle. Pep is pretty cagey about where he’s been and what he’s been up to since getting his degree in geology, but Sherry is determined to just hang out and enjoy his company while hopefully winning some serious cash prizes to split between the two of them.

The night before the big competition, however, Sherry gets some less-than-welcome insight into Pep’s life. While enjoying a cocktail party for contestants at the Augustin Inn—owned and run by another local brother-sister duo—Pep gets into several heated conversations with people attached to the competition’s sponsors. Pep assures Sherry that it’s all due to a series of misunderstandings, though he won’t clarify exactly what those misunderstandings are. Sherry decides to let it go in favor of focusing on the competition the next day, which goes smoothly despite, or perhaps helped by, the fact that her biggest rival for the prize, Fritz Frye, seems to have bailed at the last minute. She’s in for a huge shock when she later discovers that Fritz was found dead the night before at the Augustin Inn—and that his death was definitely due to murder.

Since Fritz was one of the people Pep had argued with the night before, he immediately comes under suspicion, and his odd behavior and refusal to explain himself certainly do nothing to help his case. Sherry is determined to clear his name even before Detective Ray Bease, with whom she’s developed a fairly collegial relationship, confides in her that he’s under a lot of pressure to close the case, on top of dealing with his aging mom. To complicate matters further, a snoopy investigative reporter will prove both help and hindrance as Sherry races to uncover the identity of a killer who is only too eager to strike again.

Pep is a great addition to the Cook-Off Mystery series universe, especially once we discover the reason for all his caginess. I really like how he interacts with Sherry and the nuances of his relationship with their dad. This fourth installment of the series also has some interesting new things to say about competitive cooking and sponsorships, and I loved salivating over the recipes Sherry and her fellow contestants came up with to vie for the grand prize. While I was definitely tempted to try out one of the shrimp wrap recipes included in this book, my potato-loving Marylander heart could not resist trying this instead: 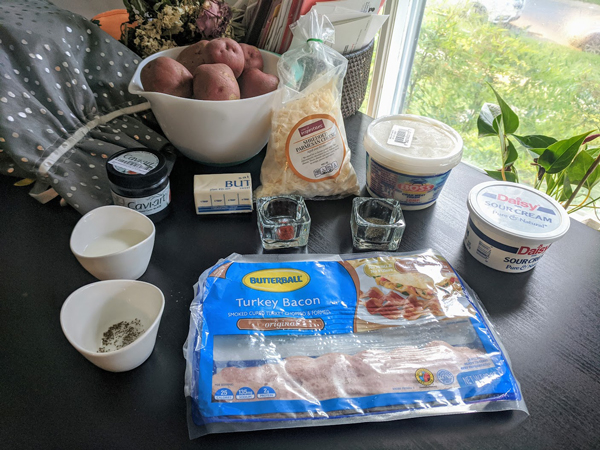 Place potatoes in a saucepan and cover with cold water. Bring to boil. Reduce heat; cover and cook for 17 minutes or until fork tender. Drain.

When cool enough to handle, halve each potato. Scoop out pulp, leaving a thin shell. 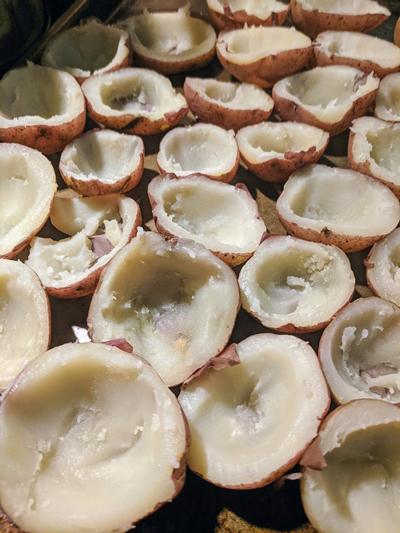 In a small bowl, combine remaining sour cream and Parmesan cheese with the crab. Top potatoes with crab blend. 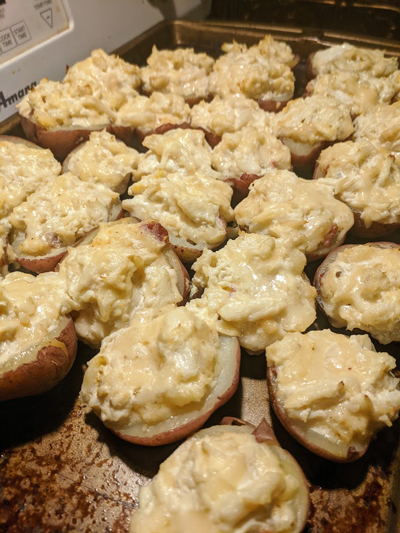 Garnish with a sprinkle of caviar, if desired. 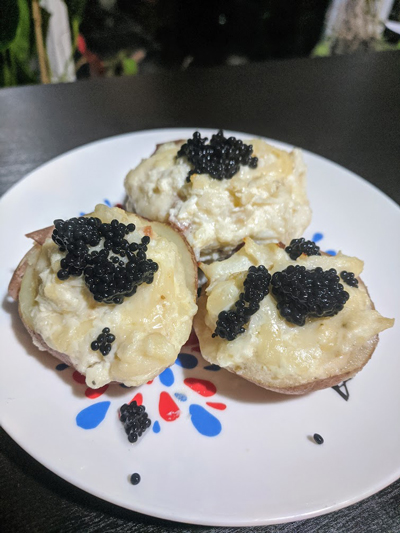 Devon Delaney’s recipes are always so decadently awesome and never too difficult to try at home. I got about two-and-a-half pounds of the smallest red potatoes I could find (which weren’t as small as intended, given that the recipe asks for 24 and I could only manage 14) and wasn’t sure how thin to make the shells, but I think it all came together deliciously! These bites are like a cross between deviled eggs and baked potato skins, which are two of my favorite foods. I was actually worried that there wouldn’t be enough crab flavor, given that only half of a cup of crab meat is used as essentially a topping, but it all came out tasting perfectly balanced. I used fake caviar as a garnish and loved that extra pop of saltiness—I can only imagine how wonderful real (and expensive) caviar would have tasted instead! This recipe might not have won the cooking contest in the book, but it definitely won a place in my heart and in my repertoire.

Next week, we travel cross country to sleuth around the set of a cooking show while I reluctantly join the rest of the nation in baking real bread—good thing it turns out deliciously! Do join me!