Cooking the Books: Dyeing Up Loose Ends by Maggie Sefton 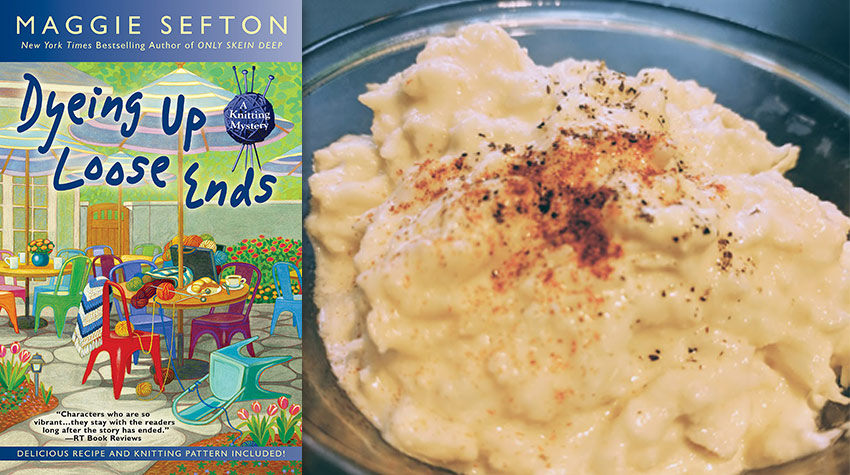 It’s been 13 years, and Maggie Sefton is wrapping up her Knitting Mystery series with one last murder and a whole lot of reminiscing. If you haven’t read the earlier books, you might want to wait to start this one until you have, as our heroine, Kelly Flynn, gathers with friends to rehash the previous murders they were instrumental in solving. It’s a nostalgic trip down memory lane for series fans but should likely be avoided by newer readers who don’t want to spoil themselves on the solutions to prior mysteries.

There is, however, a brand new murder for series loyalists to solve alongside our intrepid heroine, who juggles her day job as an accountant with being a part-time sleuth. To this resume, Kelly can now add full-time mom, as her four-year-old son Jack is quite the delight. Kelly is, in fact, enjoying her quiet life with her family and friends and looking forward to helping plan some summer weddings when murder, once again, intrudes.

Given the amount of time she spends at the Lambspun knitting store and its adjoining cafe, there’s little wonder that Kelly has made friends with most of the employees. This includes Julie, a waitress whom Kelly was mentoring while the younger woman enrolled in university courses in hopes of becoming a certified public accountant too. Julie has met a wonderful man at school and is looking forward to starting a family with him. So it’s a shock to her Lambspun family when she’s found dead in her car, the apparent victim of a self-inflicted gunshot wound.

Kelly and her friends speculate that poor Julie was killed by a drug addict coming home from the bars, but when the police decree that the death was a suicide, the gang reluctantly decides to let it go and focus on happier news—until Kelly overhears something that causes her to dig deeper. While Julie was a lovely person, there were others who were unhappy enough with her to kill, and soon, Kelly is hunting a murderer once more.

Dyeing Up Loose Ends is a fitting end to this long-running series, with Kelly and her loved ones getting their deserved happily-ever-afters (with the exception of poor Julie, of course). I do regret the fact that I’ve followed this series for years but have never had the chance to finish any of the knitting patterns included, provided by the Colorado store that serves as inspiration for the books’ Lambspun. I have, however, had a chance to try out the recipes! There’s only one included in this volume, so I didn’t have to agonize like I usually do over which recipe to choose: 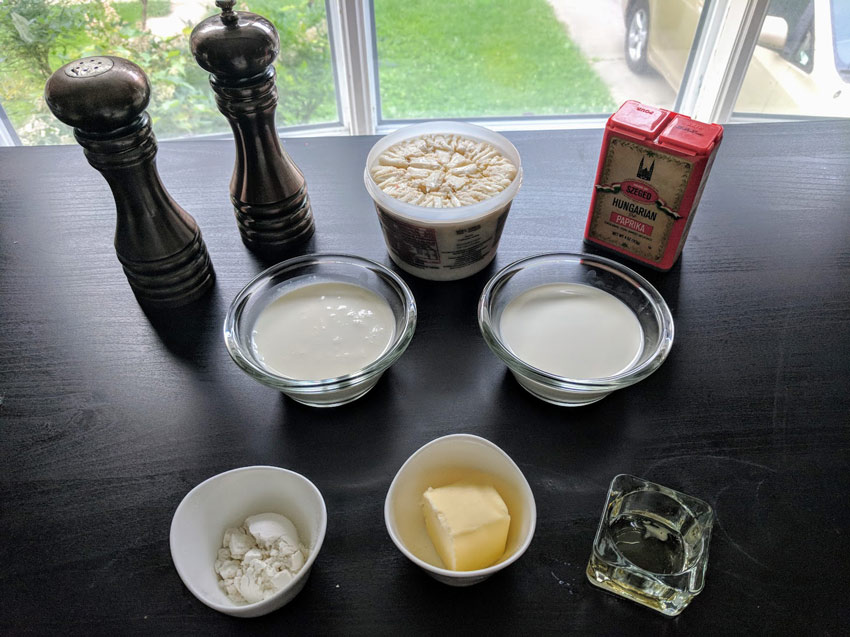 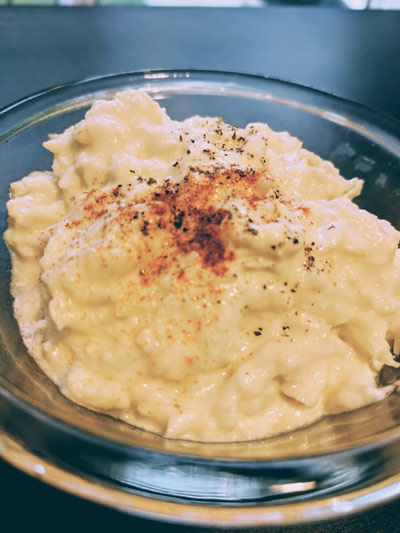 Oh dear. After preparing the recipe as instructed, I had my lovely assistant Karin sample the final product. To quote her response, “This isn’t a bisque. This is just hot crab.” Not that that can’t be delicious in and of itself, but it is certainly a far cry from being a soup of any kind.

Fortunately, I’d prepared for that outcome by purchasing twice as much liquid as the recipe calls for, as my initial reading of the recipe had not inspired much confidence toward the end result. I added another half-cup each of light and heavy creams and poured in a quarter-cup of sherry. I was also very liberal with my spices (using garlic salt instead of regular, as is my wont), tasting accordingly after each addition to make sure I wasn’t overdoing it. The recipe, as written, implies negligible quantities of each, but I’m pretty sure they could have been measured out by (at least) teaspoons, as I used quite a bit to make what turned out to be a delicious crab soup once quantities were adjusted. The pictures included only show the recipe as written, so you know what to expect should you follow these steps exactly.

Next week, we travel back east to make a party appetizer that I accidentally rework into an entree—whoops! Do join me!

See also: Cooking the Books: Death and a Pot of Chowder by Cornelia Kidd