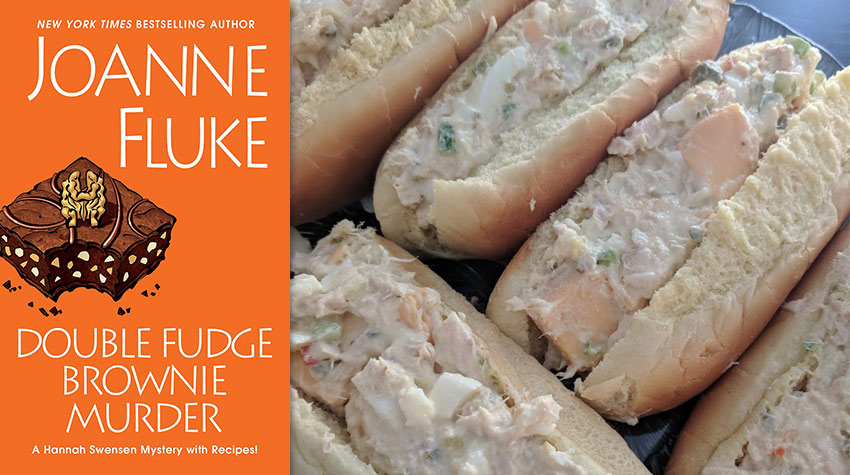 Wow, okay, this novel was certainly a departure from the rest of the series so far. In the first third of the book, Hannah and her sisters are accompanying their mother in Vegas where Doc Knight plans to surprise Delores with a wedding—in large part to remove the burden her three daughters have been bearing trying to plan their mother’s idea of a perfect wedding. But that isn’t the only romantic surprise in the air, as everyone but Hannah has conspired to bring Ross Barton to town. Ross is an old flame of hers, and the two have kept in touch sporadically. But this time, he has exciting news: he’s thinking of moving to Lake Eden, Hannah’s hometown, if the local TV station will hire him as a producer. Hannah is ecstatic, and the two begin to seriously explore their connection, even as Delores hovers nervously over her. There’s a lot of dense romantic prose as Vegas works its magic on all our lovebirds.

Fortunately, everything goes back to normal when Hannah, Andrea, and Michelle return to Lake Eden. Hannah regains her acerbic equanimity, which is good since her court date for vehicular manslaughter is fast approaching. While waiting outside Judge Colfax’s chambers for a pre-hearing meeting, she hears an unusual sound. Overcoming her hesitation to jeopardize her case, she knocks on the door. Hearing no answer, she makes her way inside—and finds Judge Colfax bludgeoned to death.

Hannah immediately jumps in to investigate, and the story of her endeavors is interspersed with her growing feelings for Ross as well as her reevaluation of her romantic relationships with the two other men in her life, dentist Norman and detective Mike. Longtime readers of this column will know that I dislike Mike and have long been #TeamNorman, but I’m not opposed to her connection with Ross. Regardless of who she chooses, I’m quite pleased that Hannah is finally moving forward to a new chapter of her life.

Double Fudge Brownie Murder includes 28 recipes, with several savory ones included—perfect for the rotation I try to keep for this column. I was a little nervous, though, as I didn’t feel like the last savory recipe I tried from the series was a real success. I found this one intriguing, however, and decided to give it a go:

Preheat oven to 250 degrees F., rack in the middle position. 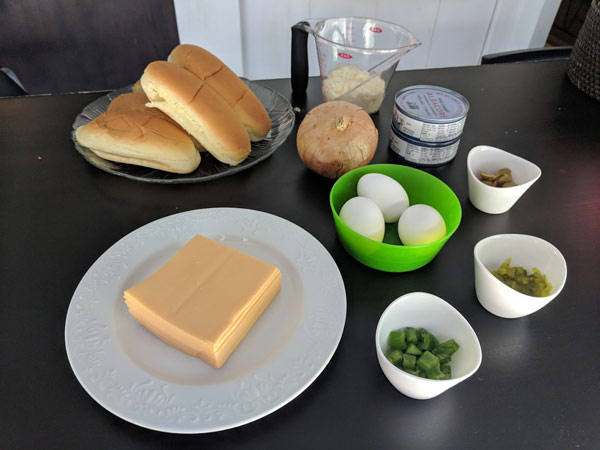 Mix the cubed cheese and tuna together in a large bowl.

(I use a fork to do this because it’s easier to flake the tuna with a fork.)

Add the pickle relish and mix it in.

Spread the mayonnaise out on top with a rubber spatula and then use the spatula to mix it in.

Open the hot dog buns, spread the filling on the bottom halves, and close the buns again. 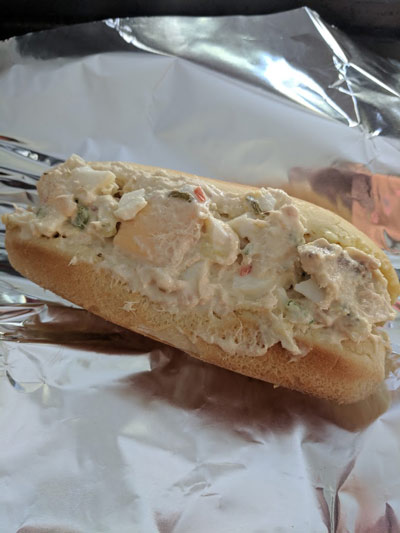 Wrap each bun in a piece of aluminum foil. 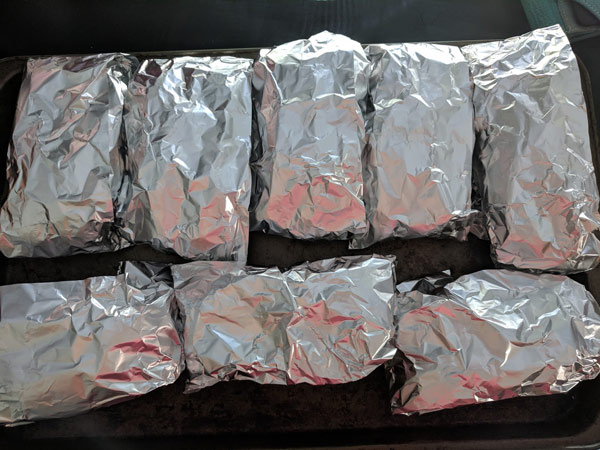 Place the foil-wrapped Coney Island Sandwiches, cut side up, in a baking pan.

Bake the sandwiches at 250 degrees F. for 30 minutes, or until the cheese is melted and they’re warm all the way through. 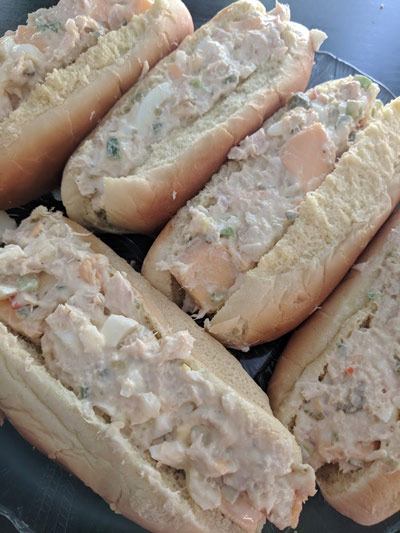 I’m so glad I gathered the courage to try this, as it was absolutely terrific! I very much enjoy a tuna melt, but I was unsure of the combination of tuna, cheese, and hard-boiled eggs, at least until I tried it. I admit to using a smidge more than the recommended amounts of vegetables, as I tend to like a bit more flavor, and I did not hesitate to use potato hot dog buns instead of regular. All this resulted in a delicious and highly portable lunch that was easy to store leftovers of in the fridge and reheat on demand. I’m definitely going to be making these again in the future.

Next week, we head all the way to the West Coast to check out a chocolate bread recipe. Do join me!