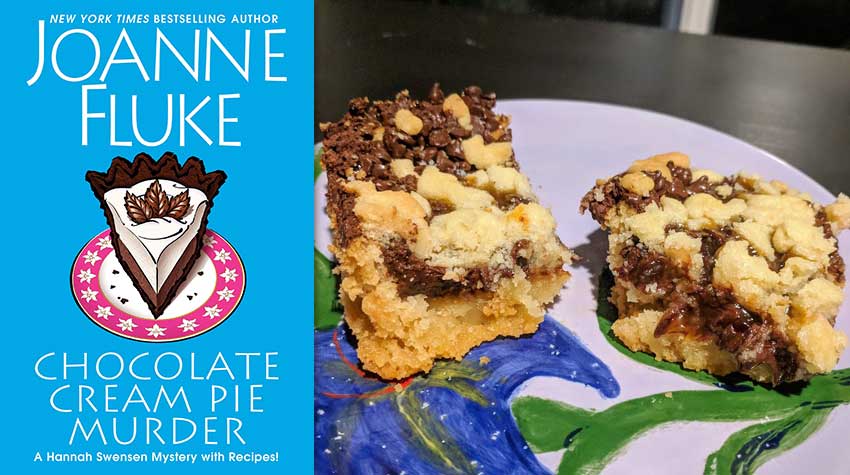 Joanne Fluke sure knows how to write a cliffhanger! When I read the last sentence of this book, I let out the kind of overly dramatic gasp that you usually only see on TV, complete with pearl clutching. But if there’s any author who can reliably elicit that kind of reaction—especially in a long-running series like the Hannah Swensen novels—Ms. Fluke certainly can!

As to the story itself! Hannah is still reeling from the truth of what happened to the man she married. But, being pragmatic, she decides she needs to begin to move on and finally admits to the town of Lake Eden that she and her family have been lying to them as to Ross’s whereabouts. The town not only forgives her when they find out why but rallies to her side with many small gestures that touch Hannah deeply. She’s going to need all the support she can get, however, when Ross suddenly shows up at her bakery, The Cookie Jar, desperately demanding the money he’d given her when he left.

Desperation makes Ross even uglier than the deception he’d perpetrated, and a terrified Hannah is only too happy to accept the police protection offered to her by Detective Mike Kingston, her former beau and still very good friend. Mike and her other ex-turned-great-friend, dentist Norman Rhodes, tag team to make sure that Hannah is never in a position where she could be physically vulnerable to Ross. But Hannah isn’t the only person in danger, as they discover when a dead body is found brutally murdered in Hannah’s bedroom.

Ms. Fluke goes for a slightly different angle with this 24th installment of the bestselling series. The main mystery is less whodunit than who it was done to, and I was on tenterhooks to see who would turn up dead in Hannah’s apartment. And that cliffhanger! I know I’ve said it before, but whoa! I can’t wait for the next book.

This volume had the usual plethora of recipes, but I was in the mood for a sweet treat. I don’t believe I’ve ever attempted her bar cookies before (and if I have, the attempt can’t have been that memorable), so I was very excited to try out this one:

Preheat oven to 325 degrees F., rack in the middle position. 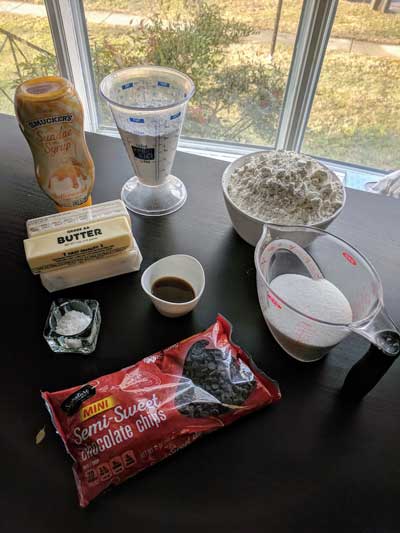 The Crust and Topping:

Before you being to make the crust and filling, spray a 9-inch by 13-inch cake pan with Pam or another nonstick baking spray.

Combine the butter, white sugar, and powdered sugar in a large bowl or in the bowl of an electric mixer. Beat at MEDIUM speed until the mixture is light and creamy.

Add the vanilla extract. Mix it in until it is thoroughly combined.

Add the flour in half-cup increments, beating at LOW speed after each addition. Beat until everything is combined.

Measure out a heaping cup of sweet dough and place it in a sealable plastic bag. Seal the bag and put it in the refrigerator.

With impeccably clean hands, press the rest of the sweet dough into the bottom of your prepared cake pan. This will form a bottom crust. Press it all the way out to the edges of the pan and a half-inch up the sides, as evenly as you can.

Bake your bottom crust at 325 degrees F., for approximately 20 minutes or until the edges are beginning to turn a pale golden brown color.

When the crust has turned pale golden brown, remove the pan from the oven, but DON’T SHUT OFF THE OVEN! Set the pan with your baked crust on a cold stovetop burner or a wire rack to cool. It should cool approximately 15 minutes.

After your rack has cooled approximately 15 minutes, take the lid off the jar of the butterscotch ice cream topping and put it in the microwave.

Heat the butterscotch topping for 15 to 20 seconds on HIGH.

Pour the butterscotch ice cream topping over the baked bottom crust in the pan as evenly as you can.

Smooth it out to the edges of your crust with a heat-resistant spatula.

Open the bag of semi-sweet chocolate chips and sprinkle them over the butterscotch ice cream topping as evenly as you can.

Sprinkle the Tablespoon of sea salt or Kosher salt over the butterscotch layer in the pan.

Take the remaining sweet dough out of the refrigerator and unwrap it. It has been refrigerated for 35 minutes or more and it should be thoroughly chilled.

Return the pan to the oven and bake your bar cookies for 25 to 30 additional minutes, or until the crumbles on top are a light golden brown.

After 5 minutes of cooling time, use potholders to carry the pan to a wire rack to cool completely.

When your Butterscotch Chocolate Bar Cookies are completely cool, cut them into brownie-size pieces, place them on a pretty plate, and serve them to your guests.

Yield: A cake pan full of yummy brownie-sized treats that everyone will love. Serve with icy-cold glasses of milk, mugs of hot chocolate, or cups of strong, hot coffee. 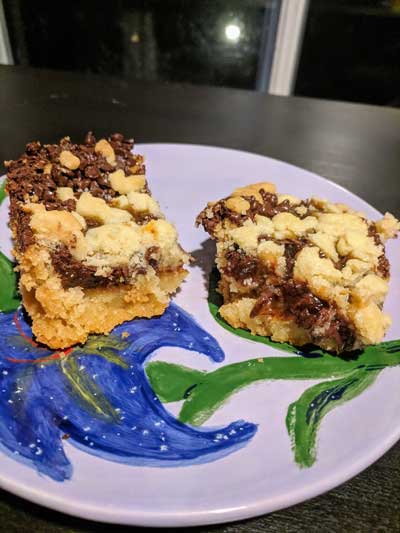 This is a super-rich dessert that is definitely at the upper limit of sweetness for me. That said, it’s very yummy, and a little goes a long way. Enjoying it with unsweetened coffee or a glass of cold milk would definitely balance out the flavors nicely. Speaking of balance, I did appreciate the addition of the kosher salt, which cut through the sweetness and gave the dessert a nice complexity of flavor. While I did find it a little difficult to cut, I loved how pretty a treat it was to serve.

And before I forget, a big “thank you” to Steve’s mom for first suggesting this series to me. It’s one of my favorite culinary cozy series to date, in large part due to Ms. Fluke’s signature flair for storytelling.

Next week, we close out the Red Sparrow Trilogy with an intriguing Polish dish that—though entirely new to me—still felt very familiarly Central/Eastern European. Do join me!