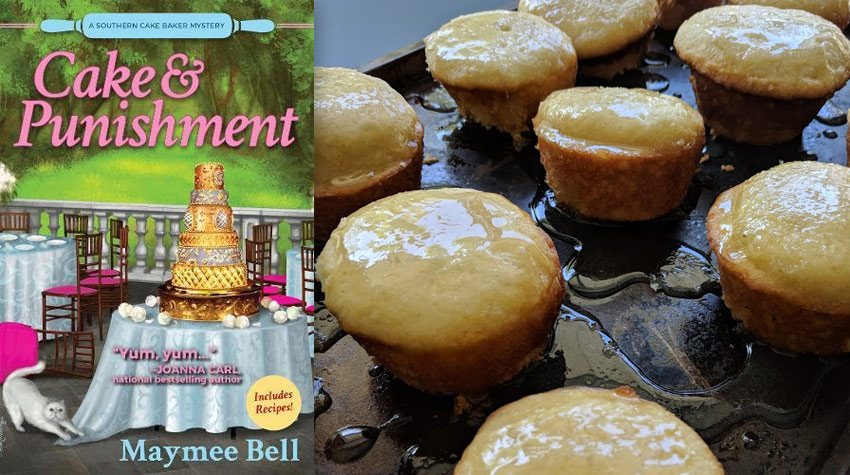 This first novel in the Southern Cake Baker Mystery series takes a slightly different road towards placing our heroine where everyone knows she’s meant to be. Usually, culinary cozies open with the heroine fresh off of a heartbreak and ready to start a new life in new circumstances. Sophia Cummings is just recovering from her fiancé’s betrayal, but she definitely isn’t ready to give up on her life as a New York City pastry chef, despite the blandishments of the townsfolk of Rumford, Kentucky. Sophia is back in her childhood home for just a few days to take a breather before plunging back into the lifestyle she’s always wanted—but darned if everyone isn’t doing their level best to get her to stay a little, or perhaps a lot, longer.

One of these people is her old high school friend, Charlotte Harrington, who insists that Sophia bake the cake for Charlotte’s upcoming wedding at the Rumford Country Club. Sophia is happy to help, as she has fond memories of working at the RCC as a teenager under the supervision of the now-general manager, Evelyn Moss. But when the head chef is discovered murdered in the RCC’s kitchen and Evelyn becomes the prime suspect, Sophia finds her hands full not only with baking but with helping to take over from the dead man while trying to clear Evelyn’s name.

Part of the charm of reading Cake & Punishment is being privy to Sophia’s struggle to hold on to her grownup life in the big city against the seductive idea of moving back to a small town that desperately needs her skills. As she investigates with the help of another old friend from high school, Madison Ridge, she can’t help but fall back in love with her hometown and the many possibilities that unfold before her. But there are shocks in store before Sophia can really make an informed choice—and bring a killer to justice in the process.

Maymee Bell includes recipes for six of the mouth-watering desserts she describes in this novel, and since you all know I’m partial to cupcakes, I had to try out the following: 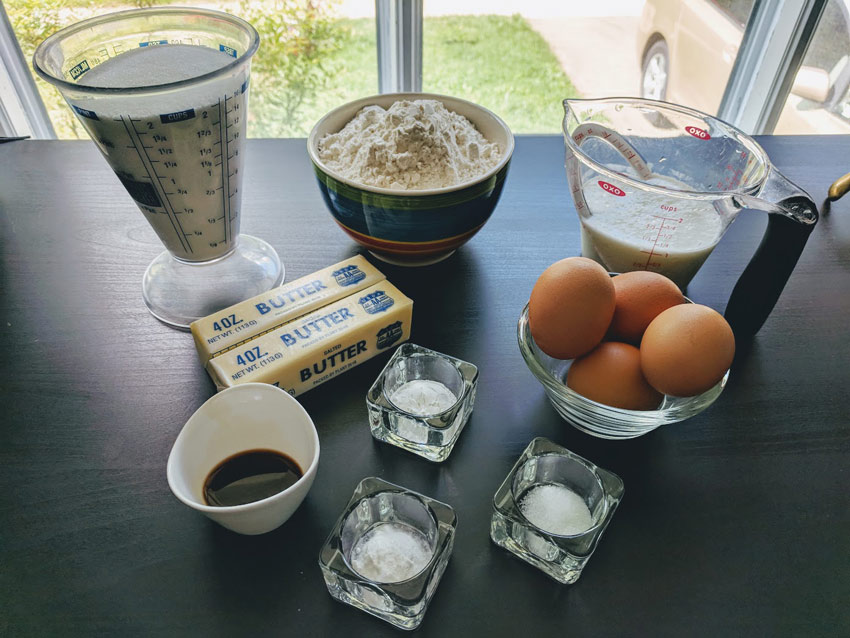 ½ teaspoon salt (optional; I don’t add any since I use salted butter)

2. Combine all of the cake ingredients in a large mixing bowl. Mix with an electric mixer on low speed for 30 seconds, then increase the speed and mix for 2-3 minutes.

3. Pour the batter into muffin tins, filling them three-quarters of the way full.

4. Bake 17-19 minutes or until a toothpick inserted in one comes out clean. The tops will be golden brown. Let the cupcakes set in the muffin tins while you prepare the glaze.

5. Prepare the glaze by heating the ingredients on the stovetop in a saucepan over medium heat until the butter is melted.

6. Move the cupcakes to a cooling rack or baking sheet and pour warm glaze over the tops, about a spoonful on each. Dust with powdered sugar if desired. 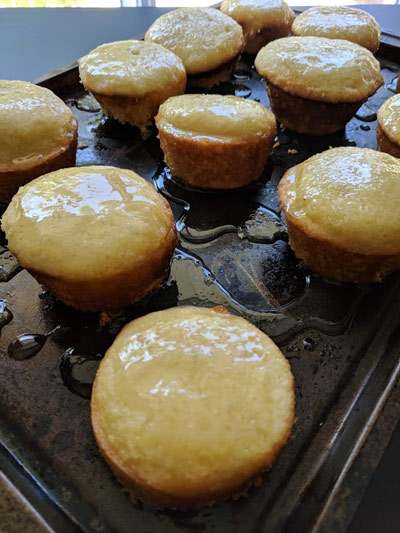 These cupcakes were incredible. They tasted—to a very large extent—like pound cake in cupcake form, only a wee bit lighter, which suits the idea of a cupcake perfectly. The glaze was the perfect topping, causing me to forego the powdered sugar dusting. I did get to break out my brand new electric mixer for this recipe, which was quite thrilling for me. My only criticism is that the recipe as it’s printed in the back of the book doesn’t state that it makes 24 cupcakes instead of the usual 12, and while that is mentioned in the body of the novel, it does seem like a bit of an oversight (not that I’m really complaining, as that just means more cupcakes for me!).

Next week, we head northeast to Amish country to try out a fortifying soup! Do join me!