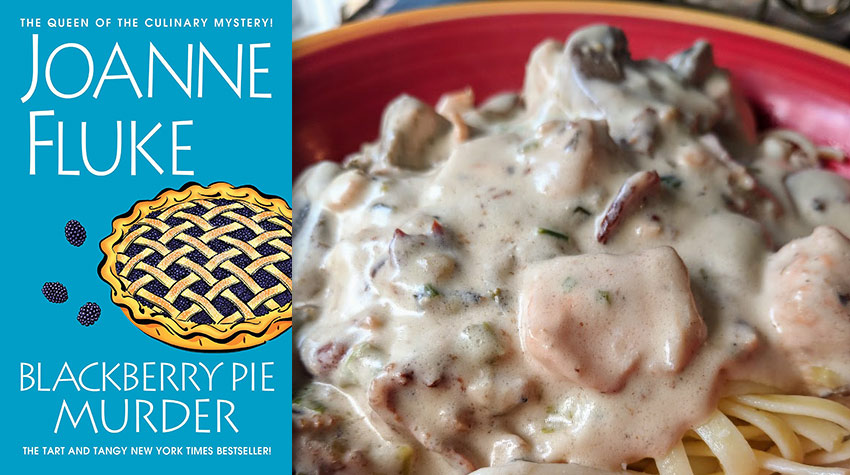 Wow! This book is a huge departure from the previous novels in the series, and that’s not a bad thing at all! Hannah Swensen is driving back to work with her business partner, Lisa Herman Beesman, during a Minnesota summer storm with extremely poor visibility when they crash into someone. They immediately call emergency services, but the man—a complete stranger whom they’ll later have a lot of trouble identifying—is beyond help. Hannah is wracked with guilt despite the death clearly being an accident. Matters are made much worse when an overeager district attorney decides to make an example of Hannah and charge her with vehicular homicide.

The fact that she’s supposed to be helping arrange her mother’s wedding to Doc Rhodes is both a welcome distraction and additional stress—especially since the arrest strains relationships, primarily between Sheriff Bill Todd and his wife, Hannah’s sister Andrea, as well as between Bill and Detective Mike Kingston. Mike is suspended from the force when he refuses to arrest Hannah, who happens to be his girlfriend.

When Doc lets Hannah know that the dead man had been in a violent altercation shortly before his death, she decides to investigate to see whether anyone knows who he was and why he was in town. This investigation leads to one of the most complex and poignant resolutions in the series to date. Plus, well, I don’t want to spoil it for you, but I really wish we could stay in Lake Eden for another week so I could find out what happens next! It’ll definitely be something for us to look forward to.

Blackberry Pie Murder did not depart from the norm when it comes to recipes, however, including 25 delectable selections for us to try at home. Since I baked a sweet dish for the last column, I decided to try a dinner entree this time around:

Prepare a package of your favorite brand fettuccini pasta as instructed in the package. Use the size that serves 4. When the pasta is cooked, drain it, give it a stir to keep it from sticking together, cover it loosely with foil and set it aside on a cold burner to wait for its yummy sauce. 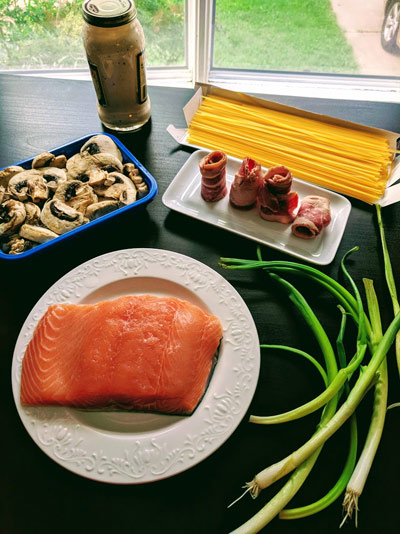 ½ cup chopped onions (regular yellow onions or green onions—if you use green onions, you can use up to 2 inches of the stem)

Pan fry the bacon until it’s crispy and lift it out of the fat with a slotted spoon to drain it on paper towels.

Use the remaining bacon fat in the pan to fry the mushrooms until they are very well done. 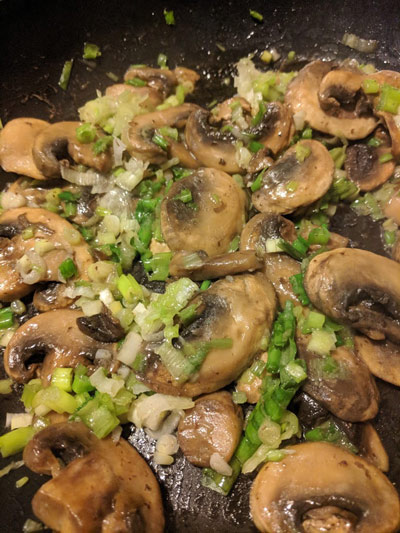 Add the onions to the pan and continue to fry until the onions are translucent and fully cooked.

Cut the raw salmon into cubes and add it to the pan. Fry it until the salmon is fully cooked.

Add the drained bacon pieces to the pan and add the Alfredo sauce. Stir everything together until it’s well-combined and heated through.

Arrange the pasta you’ve cooked on 4 plates. Ladle the delicious mixture in the frying pan over the pasta and serve to rave reviews! 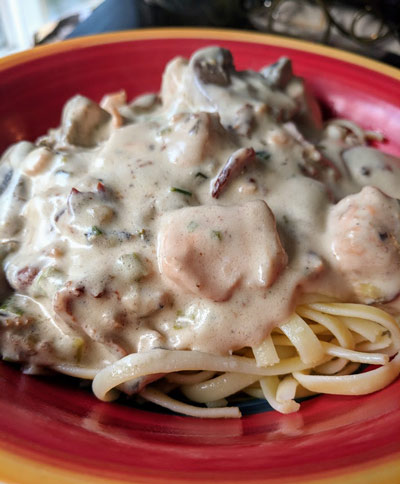 My primary area of cooking experience is with Italian food, so I can be a smidge particular when it comes to the cuisine, particularly the pasta. I’m not a snob about using pre-made pasta or sauce vs homemade, but I do very much appreciate the delicate touch of dishes like the newly trendy “Cacio e Pepe,” which I’ve been making a version of for years with cold angel-hair pasta, olive oil, garlic, salt, pepper, and whatever grated Italian cheese I have at hand. That simple, quick pasta dish is the perfect light lunch, especially with a bit of salad on the side.

So the “Fettuccini Porcini” as a dinner entree for four sounded like a great idea to me in theory. I love salmon and (beef) bacon and mushrooms and pasta and Alfredo sauce. What I apparently do not love is all of them together. While the dish turned out to be quite tasty, it was also completely overwhelming. This is a very rich sauce that I think would have benefited from having either the bacon or the salmon but not both. Personally, I’d do it without the fish, as the bacon and mushrooms are a delightful combination of flavor and texture on their own. However, if you’re from the “more is more” school of dining, then I’m positive you’ll enjoy this fettucini as designed!

Next week, we head way down south to try out a Cuban-inspired dessert. Do join me!