Cooking the Books: Batter Off Dead by Maymee Bell 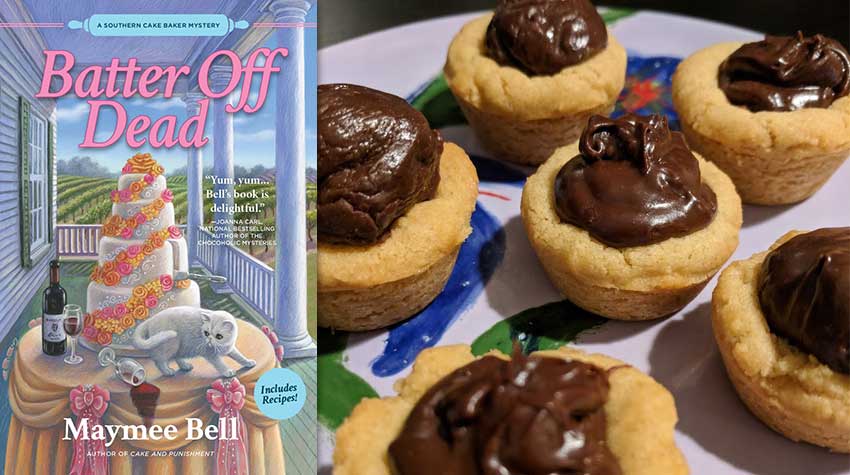 Baker Sophia Cummings is happily settling down in her hometown of Rumford, Kentucky, after years spent learning her craft in New York City. As the new owner of the town’s only bakery, the delightfully named For Goodness Cakes, she’s very much looking forward to catering a fundraising event for the town library at the nearby Grape Valley Winery—so much so that she’s pretty much spent all her money prepping for the event. She considers it an investment, certain that the event will raise her bakery’s profile and bring in more repeat business. What she doesn’t anticipate is falling over the corpse of Ray Peel, the winery’s landlord and the person ostensibly in charge of her paycheck, in the vineyard during the event itself.

Sophia soon discovers that Ray had a bad habit of making promises he had no intention of keeping. One of these was to Sophia’s best friend, Madison, a real estate agent Ray hired before casually, and cuttingly, dumping her as not being elite enough for the kind of buyers he had in mind. When Madison becomes the prime suspect in the murder, Sophia knows she needs to clear her friend’s name in addition to finally getting the paycheck that will help her business stay afloat. But someone is stalking Sophia’s home and bakery, and a ruthless killer won’t hesitate to strike again.

Batter Off Dead builds nicely from the first book in the series to present a culinary cozy that is brimming with heart and good eats. It’s hard not to envy the bond between Sophia and her best friends, and it was a lot of fun to see Sophia’s mom, Bitsy, throw herself into the investigation as well. Most of all, I enjoyed the mouth-watering descriptions of the delicacies Sophia puts together, and I was hard-pressed to pick only one of the seven recipes included to try out for this column. After much agonizing, I finally settled on this one: 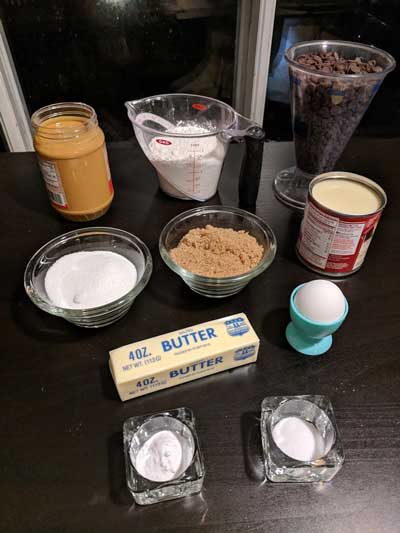 2. With a mixer, cream together butter, peanut butter, and sugars.

4. Add flour, baking soda, and salt, and beat until combined.

6. Bake for 9-10 minutes until the center is set. Remove from the oven, and use a small, round object to make an indent in the center while still warm.

8. In a medium pot, combine chocolate chips and condensed milk over medium-low heat, and stir until melted and smooth. Fill cookie shells and set aside to set for about 20 minutes. 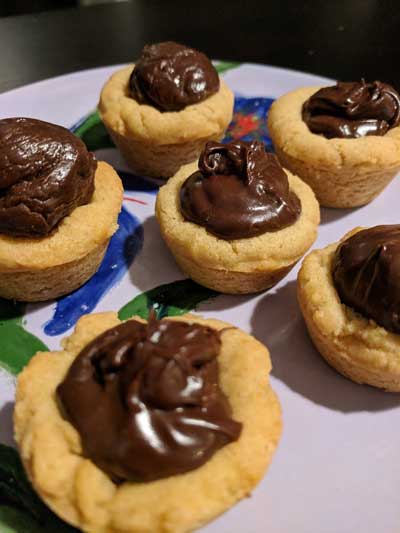 My only quibble with this recipe is that you will definitely need more than one mini-muffin pan! Since I didn’t have an extra on hand, I baked the leftover puddles in regular-sized muffin pans but would definitely rather have made them in the smaller ones. The ratio of delicious cookie to rich filling works much better in the smaller pies than in the larger.

That aside, these were incredibly tasty and disappeared from my house exceedingly quickly. They were quite easy to make—I made the indent on each cookie with a pestle—and I’m definitely planning on making them again soon, as they remind me of one of my favorite store-bought cookies, only with peanut butter added.

Next week, we fly to Europe for a series where you wouldn’t think to find recipes included, to try our hand at a rustic soup. Do join me!