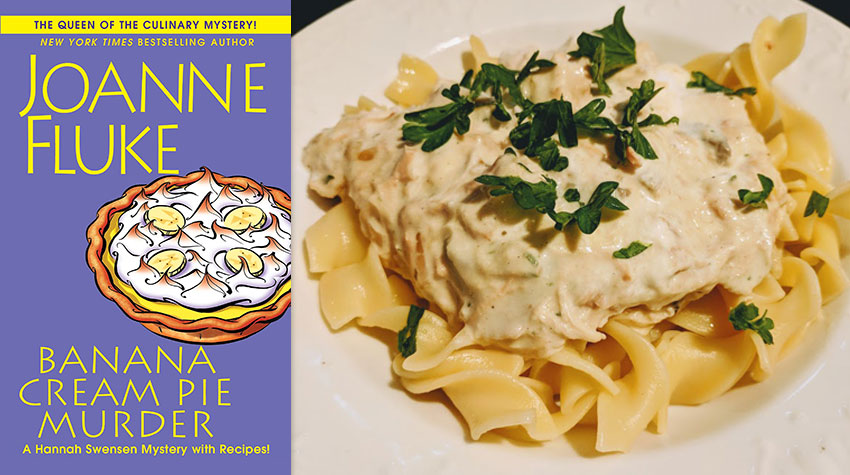 Hannah Swensen Barton returns from her luxurious honeymoon cruise already fretting over married life. Her husband, Ross, is doting and kind, so her concerns run the gamut from silly (“Why didn’t he call me? Oh, he did, I just don’t understand how cell phones work!”) to serious (“Should we discuss having children?” Honestly, this is one of my biggest pet peeves in fictional relationships, when fully grown adults don’t discuss potential deal breakers like that prior to entering what they’re hoping to be a lifelong commitment). I could certainly empathize with some of her concerns, however; it’s always difficult to adjust to a brand-new mode of life, especially when the pressure is on from your family to solve a murder!

While Hannah was away, her mother, Delores, discovered the freshly shot corpse of her downstairs neighbor, Victoria Bascombe, after hearing an altercation from the floor below her. Determined to find justice for her friend, Delores enlists Hannah’s murder-solving skills, even as her youngest daughter, Michelle, takes over Victoria’s role as director of the Lake Eden Players’ annual Thanksgiving play.

Suspects are surprisingly sparse despite the fact that it seems as though Victoria had few real friends, either here in Lake Eden or in New York City, from where she’d just retired after a long, successful career acting on Broadway. Hannah finds herself hitting a lot of frustrating dead ends, even as she’s juggling work with the new demands of marriage. But even after she confronts a killer, she finds that life has still more surprises in store for her, with a cliffhanger ending that threatens to destroy her wedded bliss even as it’s barely begun.

I’ve been a big fan of the Hannah Swensen books from the beginning, but I have to admit that this was probably the weakest in the series that I’ve read so far. The cliffhanger was pretty neat, and as always, I could definitely relate to a lot of Hannah’s insecurities, but a lot of the plot lacked the verve of previous novels. Since I’ve read and enjoyed the latest in the series, I’m confident this is a momentary lapse—plus, I did very much like that Hannah’s exes, Norman and Mike, were still around in a supportive friendship capacity. It will be very interesting to see where the next book goes!

Banana Cream Pie Murder includes 25 recipes, and I decided to break our run of desserts with this extremely Midwestern dish, perfect for cozy, cold weather entertaining at home:

(This recipe is for a 5-quart slow cooker.) 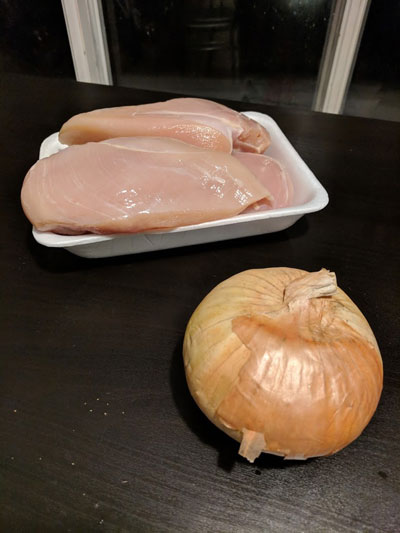 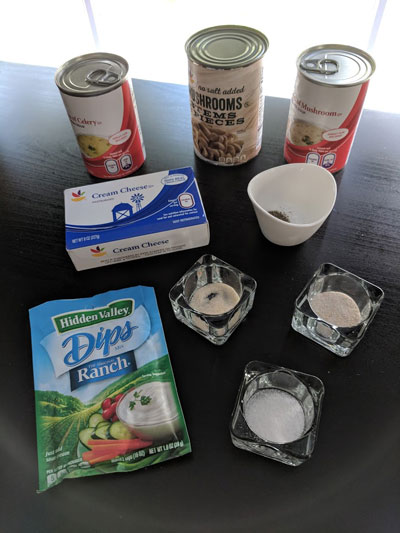 1 can (10 and ½ ounces) condensed cream of mushroom soup

1 can (10 and ½ ounces) condensed cream of celery soup

Hot cooked and buttered noodle of your choice.

Spray the inside of the slow cooker with Pam or another nonstick cooking spray.

Place the diced onion in the bottom of the crockpot.

Arrange the chicken on top of the diced onion.

Plug in the crock pot, turn it on LOW heat and let it cook for 5 to 6 hours.

When the chicken is fork tender, turn off the crockpot, put on potholders, and lift the crock out of the crockpot. Set it on a cold burner on the stovetop.

Take the top off the crockpot and let the chicken cool for a few minutes.

Remove the chicken breasts, one by one, and place them on a platter.

Set a large strainer in a bowl and, again using potholders, pour the liquid and onions into the strainer.

Reserve the liquid for later use and return the onions caught by the strainer to the crock. 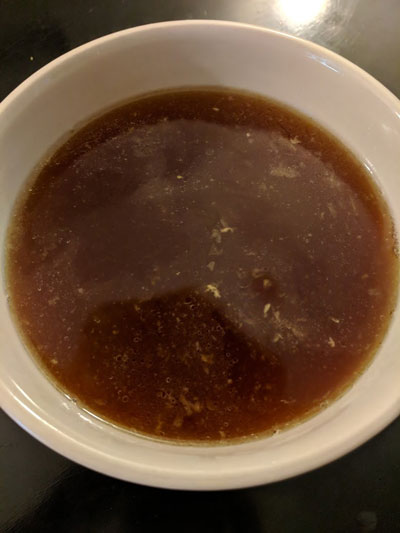 Cut the chicken on the platter into bite-size pieces.

Open the can of mushroom stems and pieces, drain off the liquid and add it to the onions in the crockpot.

Return the pieces of chicken to the crockpot.

Open the can of condensed cream of mushroom soup. Use a rubber spatula to remove the soup from the can and add it to the crockpot.

Open the can of condensed cream of celery soup. Again, use the spatula to add it to the crockpot.

Sprinkle the packet of dry Ranch Dressing mix over the top.

Add the cubes of cream cheese.

Using your rubber spatula, stir everything up.

Return the top to the crock, replace the crock in the base, and turn it on LOW heat.

Let this yummy mixture cook for 30 minutes or longer. At the end of that time, taste the sauce and adjust the seasonings. If you think the sauce is too thick to pour over noodles, stir in enough of the cooking broth you saved to make it the right consistency.

When your company comes, fill a large pot of water, saving room for the cooking broth you reserved earlier. It will add flavor to the noodles. If you want even more flavor, add a couple of chicken bouillon cubes to the water.

Follow the directions on the noodle package to cook your noodles.

When your noodles are cooked, drain them and toss them with butter. Then transfer them to a serving bowl.

Add the cup of sour cream to the crockpot, stir it in, and you’re ready to serve. 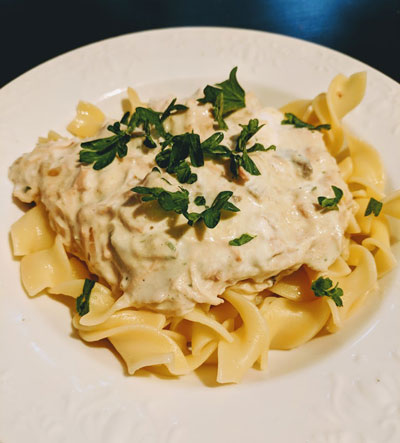 The flavors in this chicken dish were terrific! I would never have thought to add the ranch dressing mix, which I think was the real star of the creamy sauce. I also love the way the chicken was prepared over the onions, as it provided a lot of delicious broth—which was a good thing since I wound up having to add about a cup of the broth to the sauce later to loosen it up. Presentation-wise, I threw a bit of chopped parsley over the top to give it a little color, as well as a little extra flavor. Overall, this is a great slow-cooker dish that doesn’t take too much effort but tastes fantastic and will warm you and your guests up throughout.

Next week, we close out the series with the next to last book (and the only one we haven’t reviewed here so far) and some delicious seasonal cookies. Do join me!