Mia Malone is making quite a success of her catering/takeaway business, Mia’s Morsels, and is starting to think of diverting funds to more cosmetic improvements on the schoolhouse she recently turned into her catering hall and home. It’s dismaying that John Louis, the man who caused her so much trouble over the school several months earlier, has been let out of prison with barely more than a slap-on-the-wrist sentence and is now back to being a constant thorn in her side. Fortunately, she has a restraining order against him and plenty of other things to do to occupy her time—even if battling his malicious rumors about her and her business are a headache she doesn’t need.

Unfortunately for Mia, another headache soon arrives in the form of Cindy Alexander, a woman who’s inherited the grimoire of her mostly deceased father. While his physical form is long gone, Dorian Alexander’s spirit still lingers in the body of Mia’s cat, Mr. Darcy, after a spell gone awry. Cindy didn’t have a lot of time or inclination for magic while her dad was alive, preferring to concentrate instead on her acting career. Once the grimoire was bestowed upon her, however, she fell victim to temptation and misused her magic in pursuit of greater fame. As always with their kind of magic, this backfired, and now she’s come to Magic Springs, Idaho, in order to study with Mia’s wise-woman grandmother and to make amends under the watchful eye of her father.

Mia doesn’t really get along with shallow, self-obsessed Cindy, but after a body is found behind the schoolhouse, Mia instinctively finds herself defending Cindy from charges of murder. She’s pretty sure Cindy didn’t actually shoot the strange man, though she can’t say for certain that the death wasn’t somehow the result of a backfiring spell. Police Detective Mark Baldwin is convinced Cindy is involved, but Mia suspects that John is a far more likely candidate for criminal mischief. All she needs is proof—and to keep out of danger herself!

This follow-up to the charming series debut further fleshes out the supernatural world of Magic Springs while also expanding on the relationships between the central characters, particularly Mia and her protégée, Christina. Mia does her best to mentor Christina both in her professional and personal lives, though she tries to keep a light touch when advising the younger woman on her love life. I was also intrigued by the introduction of new characters (and ghosts!) who I’m sure will make for some great storytelling in future installments.

Two Wicked Desserts included two recipes for cheesecake! It was quite difficult for me to choose between the two, but I finally decided on this one: 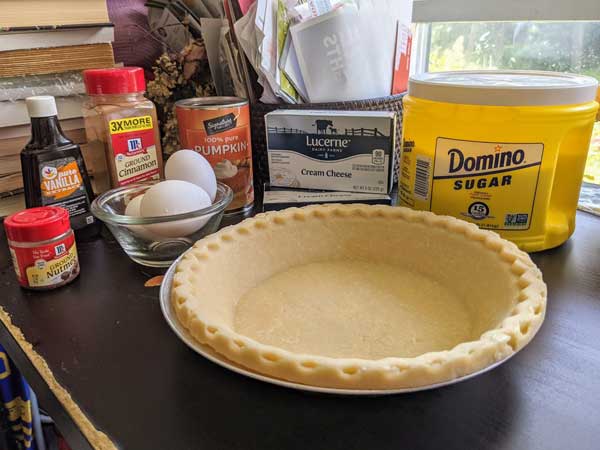 Preheat your oven to 350 degrees.

In a large bowl, cream the following

Beat after each addition 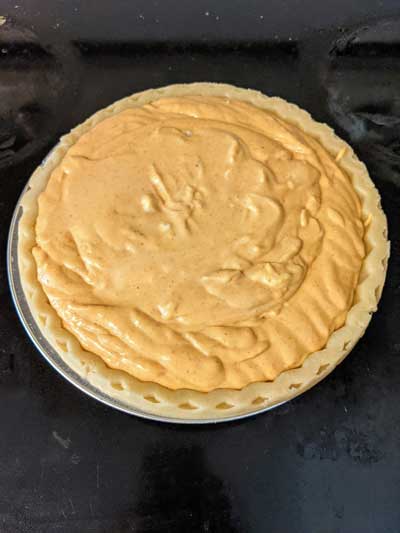 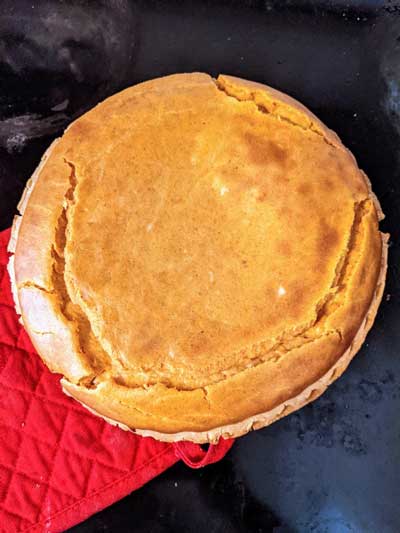 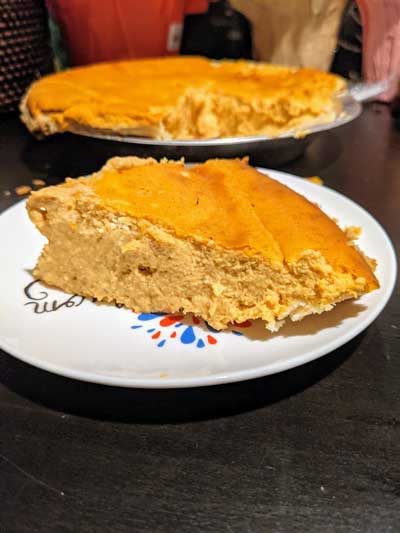 I needed to use up a pastry crust so I used that instead of graham cracker, but I can attest to the deliciousness of the filling regardless (though I’d still recommend using a graham cracker crust if you have it). I was actually pretty surprised by how high the filling rose in this when baking, but it settles nicely as it cools. The biggest challenge of this easy to whip up treat was waiting for it to cool and chill while my kids clamored for a taste. Fortunately, the wait was well worth it. This tasted like the perfect cross between a pumpkin pie and a cheesecake and was enjoyed by my entire family, picky eaters and all.

Next week, we head back to the East Coast to make my favorite picnic sandwich while investigating a poisoning. Do join me!

See also: Cooking the Books: Death of an Italian Chef by Lee Hollis