Cooking the Books: A Sprinkling of Murder by Daryl Wood Gerber

Courtney Kelly believes in fairies, so much so that she’s struck out from under the wing of her disapproving father’s landscaping business in order to open a fairy-garden tea room in their seaside town of Carmel, California. In addition to serving teas, Open Your Imagination sells everything you need to build your own fairy garden and bring some of that whimsy and magic home with you. In this, Courtney is ably aided by her shop assistant, Joss; her ragdoll kitten, Pixie; and her righteous fairy, Fiona.

Fiona is an honest-to-goodness ethereal spirit—though, unsurprisingly, not everyone can see her. She’s on probation with the Fairy Queen due to one mischievous prank too many and has decided that helping Courtney will help her earn her adult wings and get back into the queen’s good graces. She’s certainly going to have to pull out all the stops when a man is killed in Open Your Imagination’s enclosed courtyard and Courtney takes the blame.

The murdered man, Mick Watkins, was the owner of a neighboring dog-grooming business, and he and Courtney were friendly. Unfortunately, a witness claims to have seen them arguing on the day of his murder. With no concrete alibi for the time of his death, Courtney is seemingly the only person with motive, means, and opportunity. Luckily for her, she has a determined fairy in her corner as she sets out to clear her name and bring the real killer to justice.

This honestly would have been a charming murder mystery even without the paranormal element, but the addition of real fairies adds a delightful twist to your standard culinary cozy. Courtney is an engaging heroine backed by a fun, diverse cast, and I’m definitely looking forward to uncovering more of their secrets as the series continues. I also really enjoyed all the descriptions and tips for building a fairy garden included here, and I wish I were a better gardener (with less destructive children!) so that I might try my hand at the art form.

It’s some consolation that I can try one of the 13 recipes listed here instead! As with all of Daryl Wood Gerber’s books, gluten-free dishes are also included. Since I love afternoon tea as a meal, I decided to attempt this yummy treat: 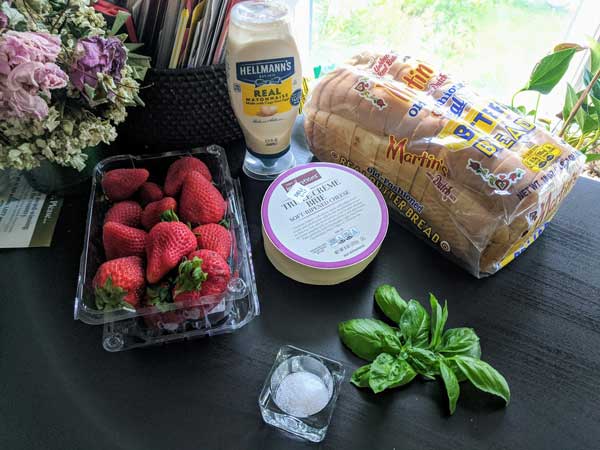 Trim the crusts from all the slices of bread.

In a bowl, mix the Brie cheese with the mayonnaise, sugar, and basil.

Spread the Brie mixture thinly on all of the slices of bread. 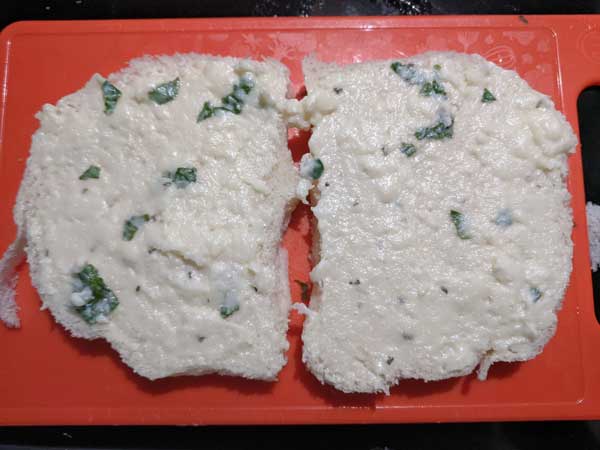 Top half of the slices with strawberries. 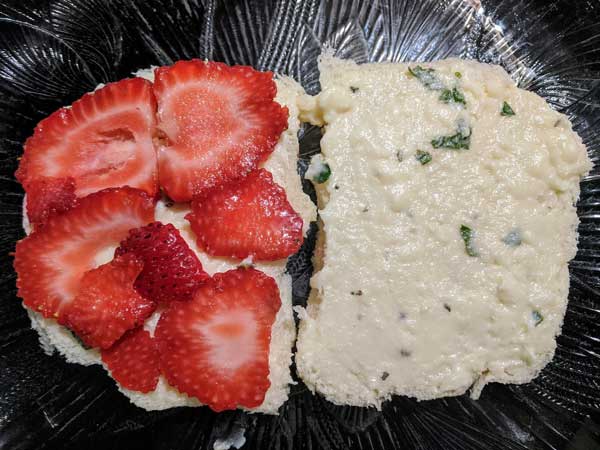 Set the remaining bread slices on top. Cut into rectangles or triangles. If necessary, cover the sandwiches with a damp paper towel or store in a sealed container until needed. You don’t want them to dry out. Garnish with additional basil. 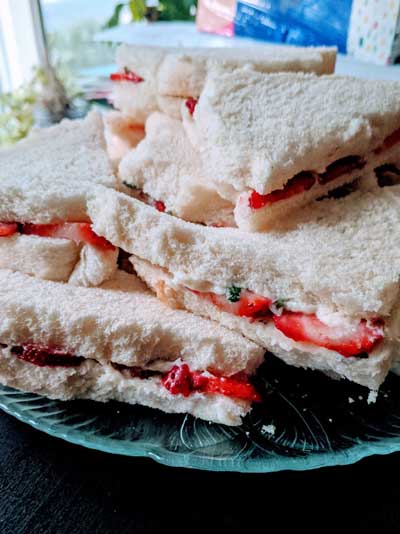 As you can tell from the pictures, I continue to be terrible at cutting the crusts off of bread, though at least I consoled myself this time with the thought that I’d be using the crusts for bread pudding instead of just tossing them out for the birds. These sandwiches weren’t quite as tidy as is proper for afternoon tea, but they did taste quite delicious. I found that sprinkling the strawberries with a light dusting of sugar helped amp up their flavor, allowing the sweetness to contrast better with the yummy cheese spread. I wonder if I ought to slice and dry-macerate the strawberries first the next time I try to make these sandwiches to give them a more uniform sweetness throughout. Regardless, this is a dainty, tasty treat for your next afternoon tea!

Next week, we dive into the back catalog of a series I’ve previously reviewed here, heading to the East Coast to see how one amateur sleuth got her start solving murders (while baking a tasty treat). Do join me!