Cooking the Books: Sconed to Death by Lynn Cahoon 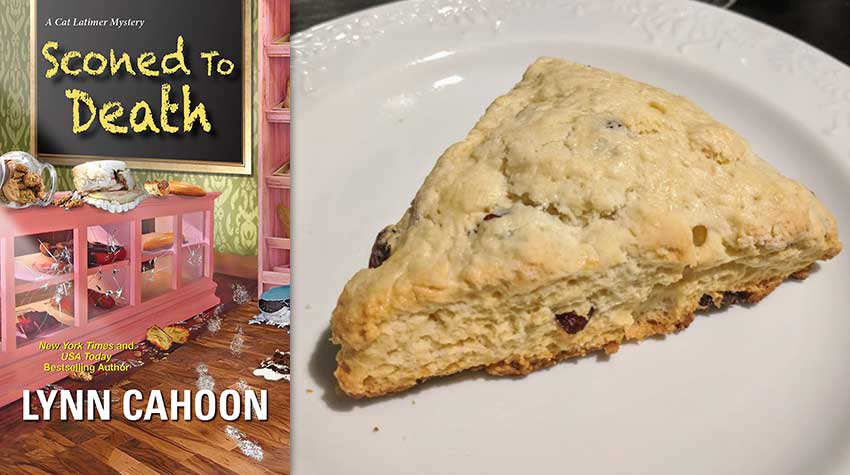 Cat Latimer has her hands full preparing for the latest slate of authors to attend her Aspen Hills Warm Springs Resort monthly writers’ retreat. This bunch, a group of cozy mystery writers from Chicago, comes with their own set of interpersonal dramas, but Cat is used to handling such things with aplomb—especially with the help of her best friend, Shauna Clodagh, who is the resort’s chef, and her boyfriend Seth Howard, who is the resort’s handyman and driver. What she isn’t used to handling is the appearance of a disgruntled baker in her kitchen accusing Shauna of theft.

Dee Dee Meyer has heard that Shauna is writing a cookbook and has somehow become convinced that Shauna is going to publish recipes stolen from Dee Dee herself. When Dee Dee sics the health department on the resort’s kitchen, Cat realizes that she needs to deescalate the situation fast. She goes to visit Dee Dee’s bakery and thinks she’s helped the volatile other woman see reason, but she soon comes to regret it. A dead body is found in the bakery’s kitchen after her visit, prompting Dee Dee to point the finger of blame at Cat herself.

Fortunately, Cat’s Uncle Pete is the chief of police, but he’s had enough experience with her sleuthing instincts to warn her off trying to clear her own name. He wants her to trust the authorities to find the real killer, but Cat still can’t help being curious about the dead man.

Greyson Finn was a celebrity chef who’d been thinking of opening a restaurant in the college town of Aspen Hills before his untimely demise. He also had a bit of a reputation as a playboy and might have been involved with an old friend of Cat’s. Cat’s discovery of this is overshadowed by that same friend’s seeming betrayal, which is only the first in a series of secrets and half-truths that will put more lives in jeopardy.

The Cat Latimer mystery series is so much rich fun for both readers and aspiring writers, as the writers’ retreat provides such interesting insights and motivations into the creative process. My personal favorite part of this book, however, was Seth and his relationship with Cat. Regular readers will know how much I hate overbearing, unsupportive romantic interests to the leads in culinary cozy mysteries. Seth was the exact opposite and an absolute delight. This actually makes it two culinary cozy series in a row for me that featured awesome partners, and I’m quietly confident that the next I’m reviewing will continue the trend.

But I’m getting ahead of myself. This novel featured the recipe for a tasty tea-time treat: 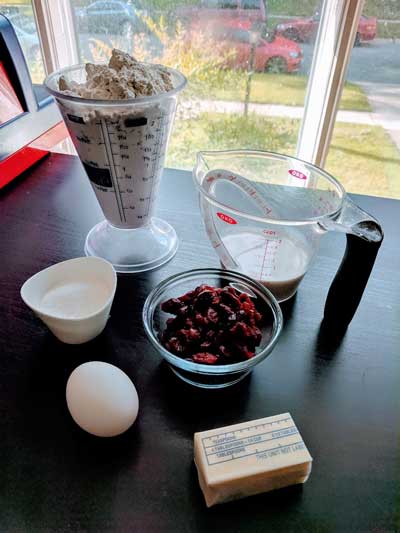 In a large bowl, mix:

Mix the cold butter into the flour with a pastry knife until the mixture looks like small peas. 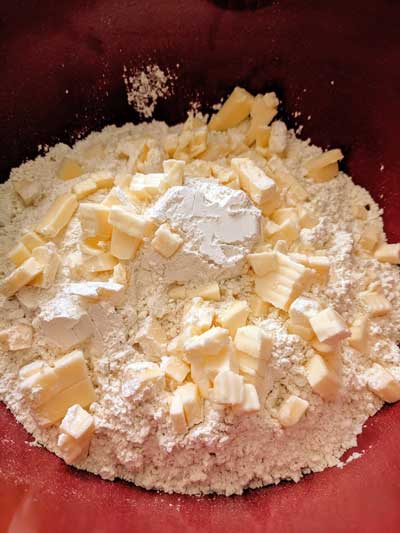 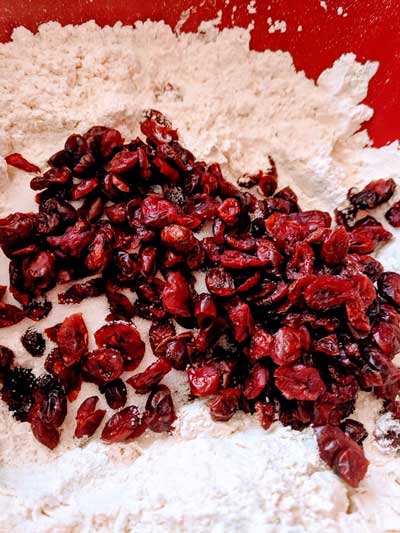 In a small bowl, beat together:

½ cup half and half

Add wet mixture to dry, but don’t overmix. Then knead the dough no more than a dozen times. Roll out onto a floured surface and cut the circle into 8 wedges. Place the scones on a lightly greased cookie sheet and brush some half and half on the top. 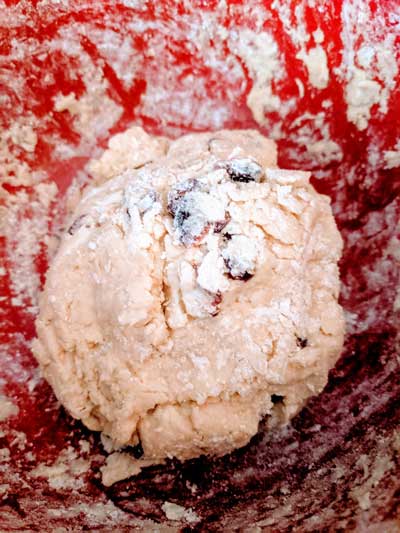 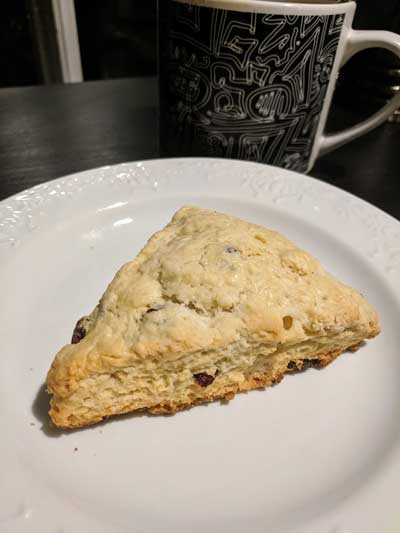 These are a very traditional English scone, which means that they are on the dry side. I highly recommend enjoying them with a steaming cup of tea or coffee to bring out the sweetness and tartness of the cranberries. They are a perfect complement to a hot beverage but can also be enjoyed with butter or cream.

Next week, we bake a savory treat while continuing to travel east across America. Do join me!