Cooking the Books: A Pairing to Die For by Kate Lansing 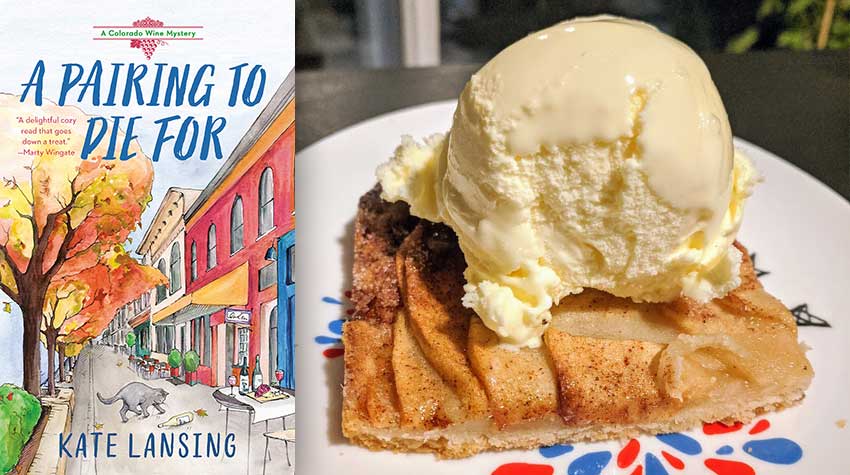 Winemaker Parker Valentine doesn’t believe that meeting her boyfriend’s family for the first time could possibly end up a total disaster, but she’s about to be unpleasantly surprised. Nevermind that her boyfriend, Chef Reid Wallace, warned her that he’s estranged from his family for good reason. She just hadn’t expected his parents to be quite so snobbish, though at least his older brothers seem apologetic for their parents’ cutting behavior towards her over dinner at Reid’s new, flourishing restaurant Spoons.

When a sudden hubbub erupts in the dining room, Reid is called away from their table to do damage control over a lot of poorly seasoned food. None of the restaurant staff will take responsibility for the mishap, but Reid will soon have bigger things to worry about. Later that night, his sous chef, Oscar Flores, is found stabbed to death with one of Reid’s own chef knives in the alley behind the restaurant. Worse, there’s a witness who swears that it was Reid who killed Oscar.

A distraught Parker refuses to believe in her boyfriend’s guilt, even if he won’t answer all her questions about what actually happened after they parted that evening. Determined to save him, she looks for allies and is upset to discover that his parents seem satisfied to write him off as the irredeemable black sheep of the family. With the help of her own family and friends, however, she’ll get to the bottom of the crime while trying to save both their beloved businesses from going under, no matter the risk.

I really enjoyed this fresh take on the culinary cozy, following the adventures of a young vintner living in Boulder, Colorado, as she juggles modern-day problems with solving the age-old crime of murder. Kate Lansing’s writing is a delight, whether she’s discussing the complexities of winemaking or the even more complicated vagaries of the human heart. While I thought the whodunnit itself wasn’t too difficult to figure out, I was impressed by the high drama that surrounded it and deeply felt the hurt that Parker did when she figured out the truth.

This volume came with three recipes and wine pairings, and I decided to try out the yummy spin on a rustic dessert included here: 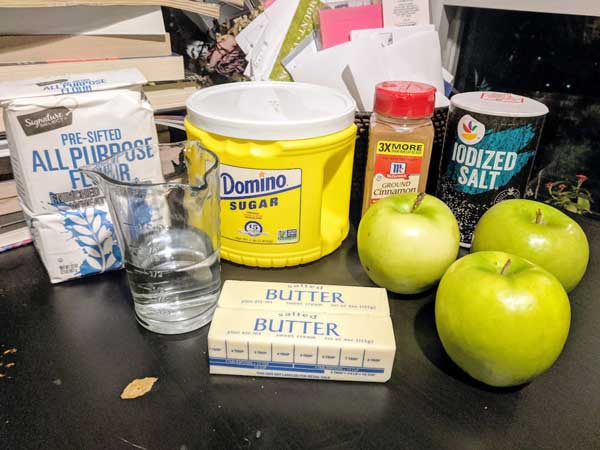 In a food processor, combine flour, 1 tablespoon of sugar, and salt. Pulse a few times to mix. Next, add 12 tablespoons (1 ½ sticks) of butter. Pulse again a few times until butter is roughly pea-sized and then, with processor running, add water just until the dough comes together. Knead dough into a ball, wrap in plastic, and refrigerate for 1 hour. 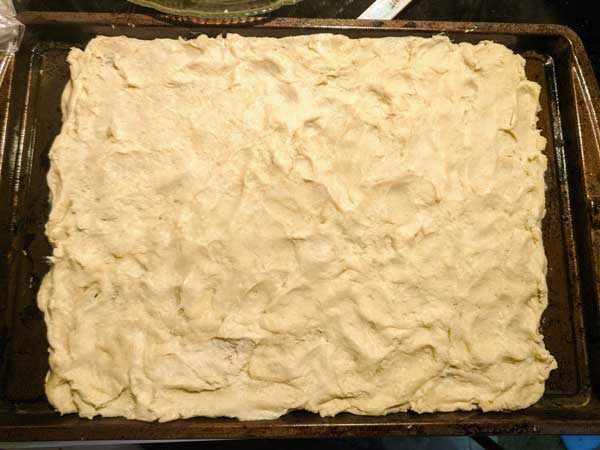 Bake for 45 minutes, rotating pan halfway through, until pastry and apples are a beautiful golden brown. 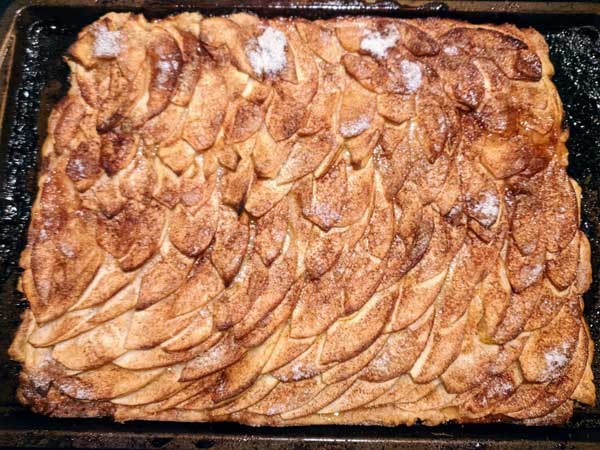 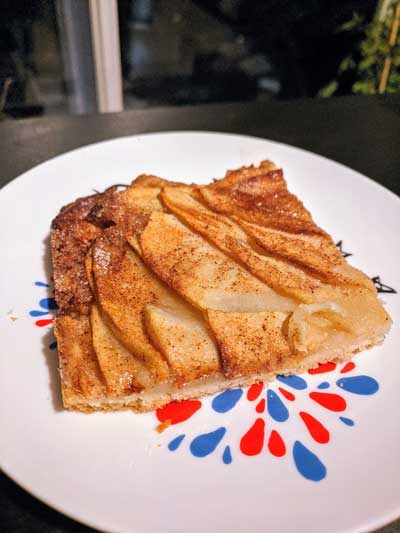 Let cool and serve with a scoop of French vanilla ice cream. 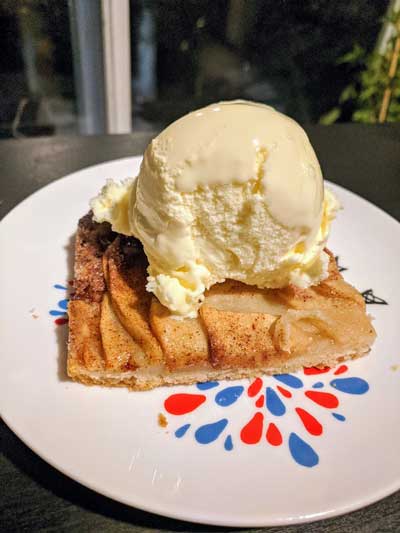 This recipe was easier than pie and certainly as delicious! I had my reservations about putting the dough together in my food processor, but it came out beautifully, as did the entire tart. I cut up the finished tart with a pizza slicer, and if you’re foregoing vanilla ice cream—or if your kids have eaten all the ice cream before the tart is all gone—each slice makes for a delightfully portable handheld treat. It’s also just different enough from your usual pie to make for a nice, and dare I say more sophisticated, twist on the traditional apple dessert.

Bonus: you also use fewer apples to make this than you’d need for a standard pie, which is helpful if you’re in a bit of a pinch with the fruit!

Next week, we head to the Maine setting of my favorite culinary cozy series to make an indulgent side dish while investigating a theft turned deadly. Do join me!