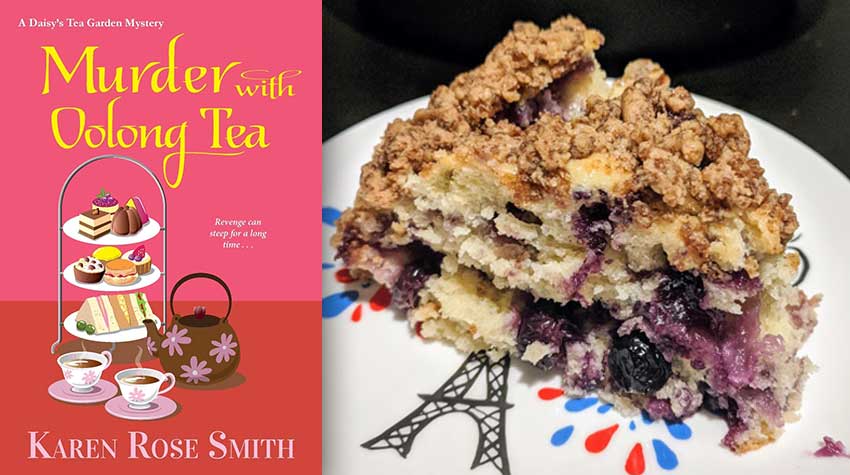 When Daisy Swanson, tea garden proprietor, is asked to cater an appreciation tea for the teachers at the local high school, she doesn’t expect to be plunged into a morass of in-fighting, all seemingly revolving around the polarizing figure of Althea Higgins. Althea had been Daisy’s English teacher back in high school, and while Daisy has always respected her former teacher, she finds that time has not changed Althea for the better.

Still, it’s a shock when Daisy finds Althea dead in the school swimming pool. Despite Daisy’s growing rapport with the Willow Creek Police Department, she’s pretty certain she doesn’t want to be involved with the investigations this time—especially since her youngest daughter, Jazzie, has invited a house guest to stay for a few weeks. Brielle Horn is Jazzie’s schoolmate, and her parents have the unfortunate habit of not paying her as much attention as they ought to. In addition to playing pseudo-parent to Brielle, Daisy also has her hands full trying to repair the relationship between her boyfriend, Jonas Wood, and his former best friend Detective Zeke Willet after the shocking revelations of the previous book in the series. But Althea had friends in the community who are just as determined to see her killer brought to justice as the police are, and they know of Daisy’s track record solving murders. Soon, Daisy is investigating in spite of herself and finding out a lot more than she expected about her strict former teacher who seemed to only grow more rigid with age.

As always, a large part of the charm of the Daisy’s Tea Garden Mystery series lies in the fully fleshed out relationships and dramas of the supporting cast, as Karen Rose Smith explores the nuances of small-town family life. In this sixth installment, the emotional heft of the background stories is matched by the intricacies of the murder mystery. Althea had plenty of people who disliked her, for any number of reasons, and finding the one who hated her enough to kill her is going to take all of Daisy and the Willow Creek Police Department’s combined skills.

I really enjoyed catching up with Daisy and crew, and I especially enjoyed perusing the three recipes included at the end. I was very tempted to make the “Cabbage and Sausage Soup,” but since it has a cream-of-celery base, I knew my husband would not care for it at all. Instead, I opted for yet another baked good, making this the third in a row for the column so far this year. Fortunately, this is another winner. 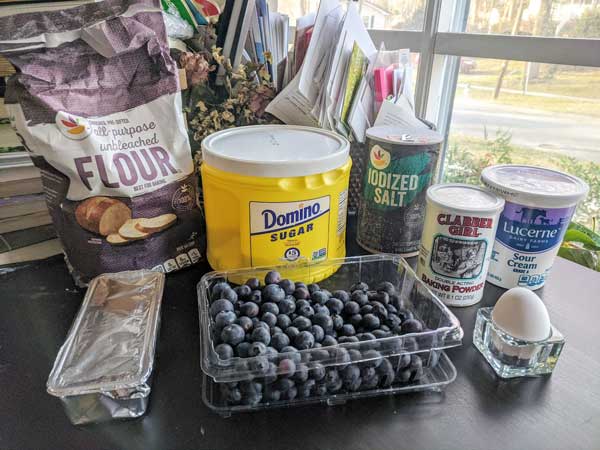 Mix in flour, salt, and baking powder. Blend in berries by hand to keep them whole. Pour into a 9-inch round pan. Sprinkle walnuts over batter. 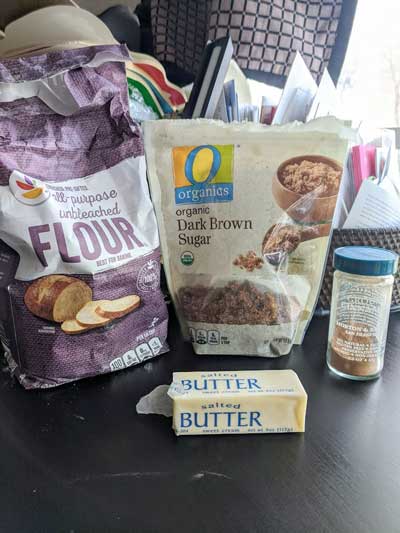 Blend all ingredients with fingers. Spread the crumbs over the batter.

Bake the coffee cake for 35 minutes until the topping is golden brown. 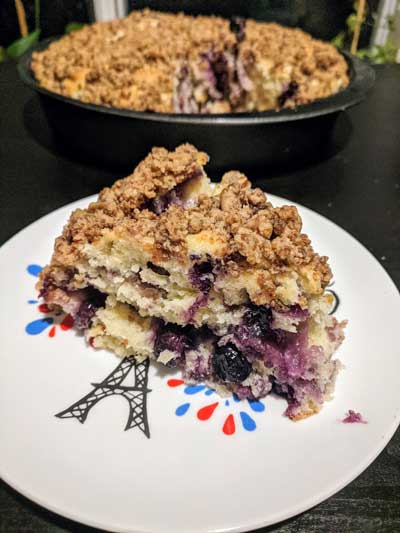 This is such a delectable coffee cake, both fluffy and juicy and with the best crumb topping. It’s so delicious and so easy to make too! I skipped the walnuts, as is my wont, but don’t think the cake suffered at all for it. I’m always a sucker for a sour cream cake, and this is one of the best iterations involving fresh fruit I’ve enjoyed in a while.

Next week, we head to the West Coast to whip up more (yes, more!) delicious baked goods while investigating an ice-cold killer. Do join me!