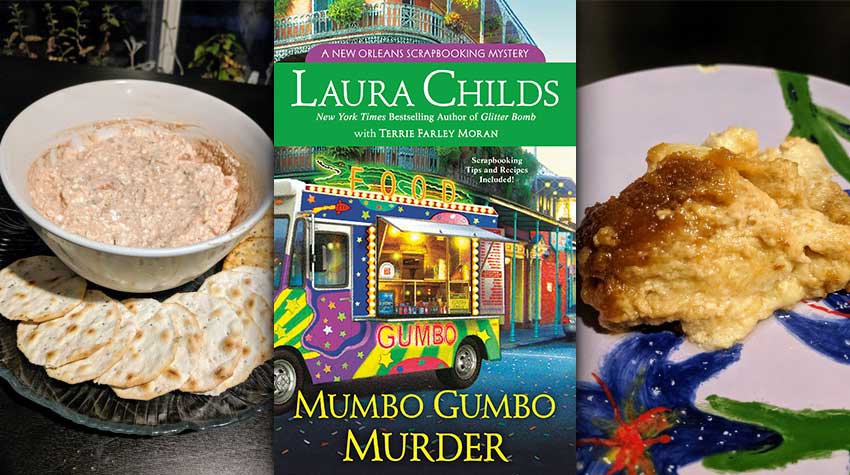 Carmela and Ava are enjoying the kickoff parade for the city’s famed Jazz Fest when an explosion draws their attention. Fighting their way through the crowd, they discover that the front window of Dulcimer Antiques is a mess of shattered glass and jagged edges. Fearful both for their friend Devon and for his frantically barking pug, Mimi, they enter the store only to find out that they’re too late to prevent harm from coming to the antique seller.

Carmela immediately calls 911, which brings her fiancé, Police Detective Edgar Babcock, rushing to the scene. Once she’s been cleared, Carmela takes Mimi home, not only because she’s fond of the pup but also because she believes that Mimi might have been the only witness to the crime—and might thus be able to identify Devon’s killer.

Though Babcock is as adamant as always about Carmela not getting involved, Carmela is just as adamant about putting herself in harm’s way in pursuit of the truth. She and Ava will encounter vampires, sneak into speakeasies, and crash society parties as their investigations bring them on a tour of the many facets of New Orleans’ nightlife—and put them in the crosshairs of a ruthless killer.

A large part of this novel’s charm lies in its wholehearted embrace of life in the Big Easy, but it also has a lot of time for the quieter joys of scrapbooking and crafting, making for a nice balance of tone. There are also 10 recipes included. While none of them are for the titular gumbo (which Carmela gets to judge in a competition of some of the best in the city; I was very jealous), there is quite a variety to choose from. Since we made candy last week, I decided to start out with this simple recipe: 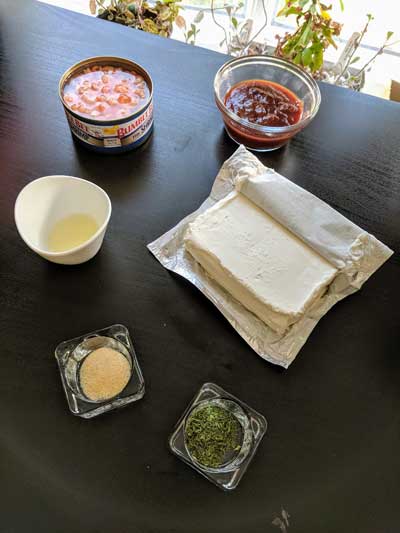 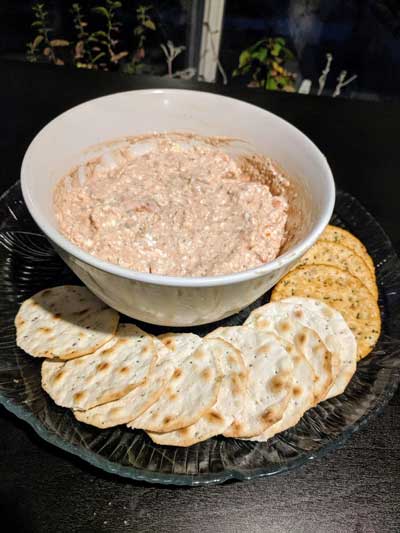 This was super easy to make, and since garlic is never optional for me, I obviously included that quarter teaspoonful. I did assume that the measurement for the cream cheese was 8 oz., or a standard package. I would definitely recommend using a bigger can of shrimp than what I used though, as the 4 oz. I put in there seemed a bit overwhelmed by the rest of the dish. And I must say that the dip didn’t strike me as having a particularly New Orleans flavor; it actually tasted quite Midwestern to me (which is not a value judgment at all).

Since we whipped that dip up so quickly, my lovely assistant Karin and I decided to give the following a go as well: 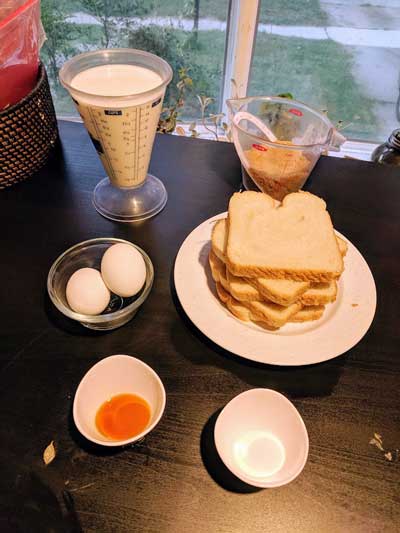 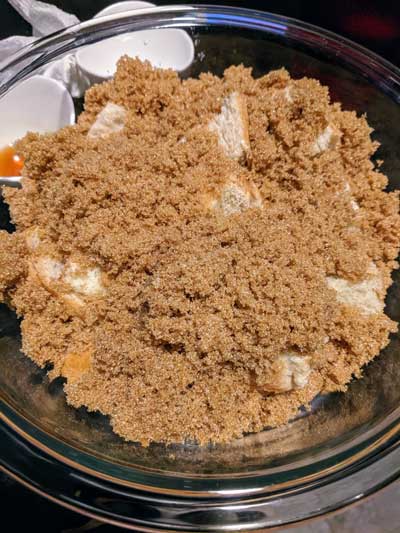 In a separate bowl, beat eggs lightly, then add in milk, salt, and vanilla. 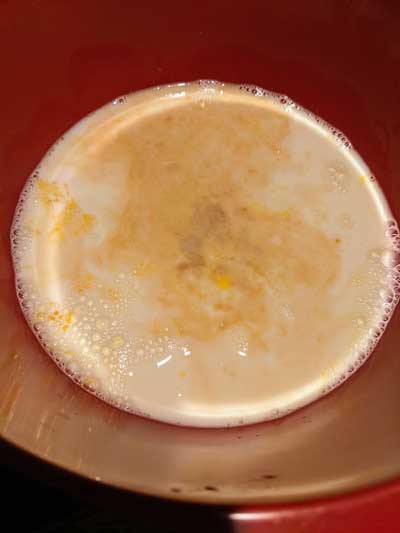 Stir again and pour over bread in top of double boiler. 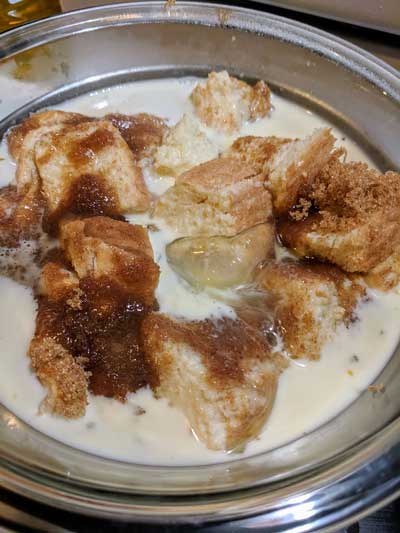 Cover and cook on medium heat for 1 hour or until bread pudding becomes firm. Run knife around edge and turn pudding upside down onto a serving dish.

Serve with a dash of cream or whipped cream. Yields 4 to 6 servings 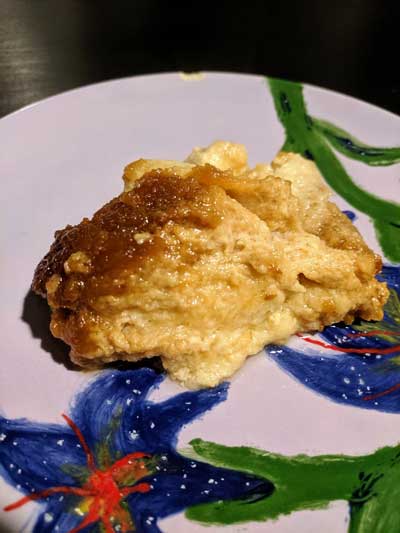 This was, again, very easy to make, even if you’re a worrywart like Karin and I are and ran the double boiler first too low and then too long. Our bread pudding came out on the softer side but held when flipped upside down. Most importantly, it was absolutely delicious! I would recommend tossing the bread with the sugar and then tamping down the mixture once the custard is poured over it so that the bread soaks up the liquid better. That said, this was a delightfully simple recipe that I’ll likely try again the next time I have leftover white bread going stale.

Next week, we head north to try another tasty dessert while tracking down a devious killer. Do join me!