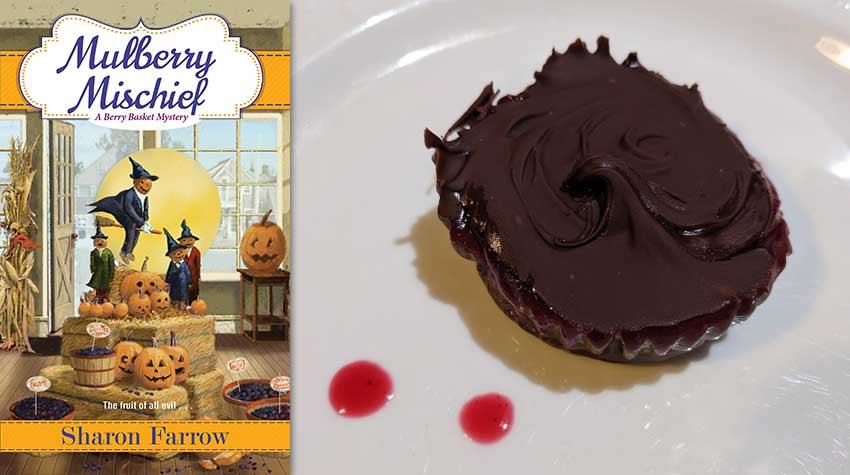 Sharon Farrow’s Berry Basket Mysteries is one of the most consistently well-put-together culinary cozy series out there, with some really solid mystery writing to underpin the charming small-town proceedings. Set in Oriole Point, a popular (but, alas, fictional) tourist destination on the banks of Lake Michigan, the series stars Marlee Jacobs, the proprietor of the namesake Berry Basket, a store specializing in all sorts of berry-related items supplied and inspired by the many berry farms in the area.

As Mulberry Mischief opens, Marlee is being harassed by Piper Lyall-Pierce—energetic head of the town’s Visitor Center—to do more for their inaugural Haunted Halloween Harvest Health Fair. After fending off the pushy dynamo, Marlee is almost grateful for the distraction of being approached by one of the town’s eccentrics, Leticia the Lake Lady, named for her penchant for staring into the waters of the lake from its banks regardless of the weather. Leticia needs mulberries and lots of them. She believes that the fruit has a protective property and wants to cover her entire house in them. She hints that shadow people are coming to harm her and her ghost and that mulberries will help shield her from their evil.

Marlee isn’t entirely sure whether to humor her or not, but there doesn’t seem to be any harm in ordering a shipment of dried mulberries for Leticia, for whom money, surprisingly, seems to be no object. But when a dead body is found on Leticia’s property—shot through the heart with a mulberry-wood arrow—and Leticia herself disappears, Marlee finds herself in the thick of a murder investigation with roots going back decades.

I really enjoyed the way this mystery was constructed, with a long-ago murder and its repercussions in the present day culminating in yet more death. I was also a huge fan of the characters (even the overbearing Piper), who have just enough color to make them vibrant without completely going over the top. The choice to combine Halloween with a health fair was also an inspired one, even if I, like Marlee, didn’t think it would be at first.

This volume included two mulberry recipes as well as two Halloween candy recipes. Since mulberries are not, unfortunately, a feature of my local grocery store, I decided to try the following: 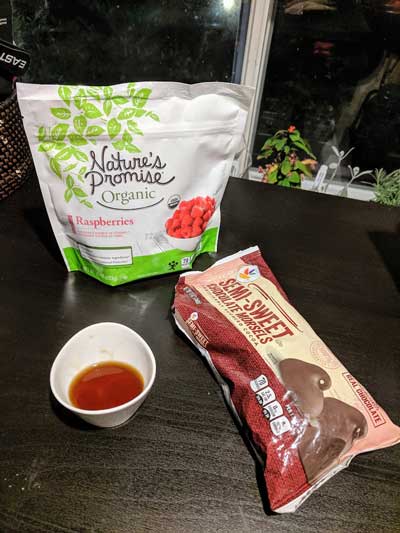 In a small pot, heat frozen raspberries on medium-high heat until soft. Mash the softened raspberries to remove chunks. Add syrup. Mix and set aside to cool.

Melt 1 cup of the chocolate in a double boiler.

Place 8 muffin liners in a muffin pan. Spoon approximately 1 ½ teaspoons of melted chocolate in each muffin liner and tilt so the bottoms are coated.

To allow the chocolate to harden, place muffin pan in refrigerator for several minutes. 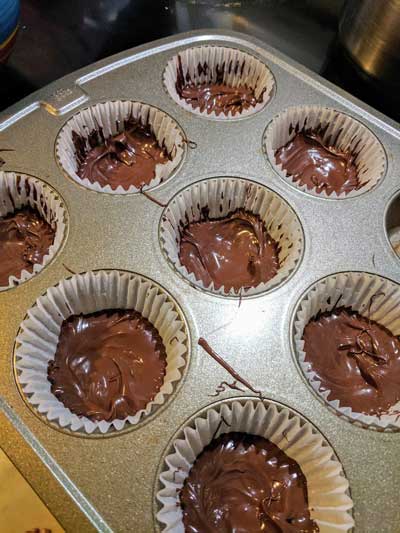 Melt ¾ cup of the chocolate in double boiler.

Add a teaspoon of raspberry filling into center of each chocolate coated muffin liner. 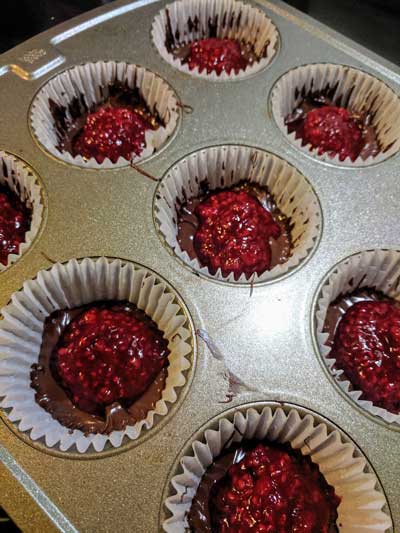 Once the chocolate has melted, pour it over the raspberry filling so that chocolate completely covers the top. Let it harden in refrigerator for five minutes.

After the chocolate is hard, remove cupcake liners. Keep in fridge until ready to serve. 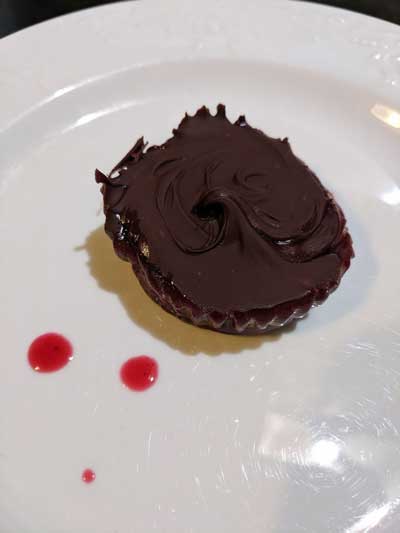 First, I must say that these are both gorgeous and fun to serve and would make a terrific Halloween party treat. The raspberry filling oozing out of the chocolate once the shell is broken through makes for a gory culinary delight. The taste of the filling is also delicious, and as Ms. Farrow points out in the text, this candy is both vegan and gluten-free.

However, I must recommend that you invest in some quality chocolate for making these. I used the cheapest chips I could find in the baking aisle (and microwaved them instead of double boiling, no less!), and while the resulting chocolate made for satisfactory bloody cups, I know it would have tasted a million times better with actually good chocolate. Perhaps cheap chocolate would have gone unnoticed in smaller treats, but since these are each the size of the bottom of a muffin tin, I’d highly recommend getting a chocolate that complements the sharp sweetness of the raspberry ooze.

Next week, we try out a savory and a sweet treat from two authors concocting murders in the Deep South. Do join me!