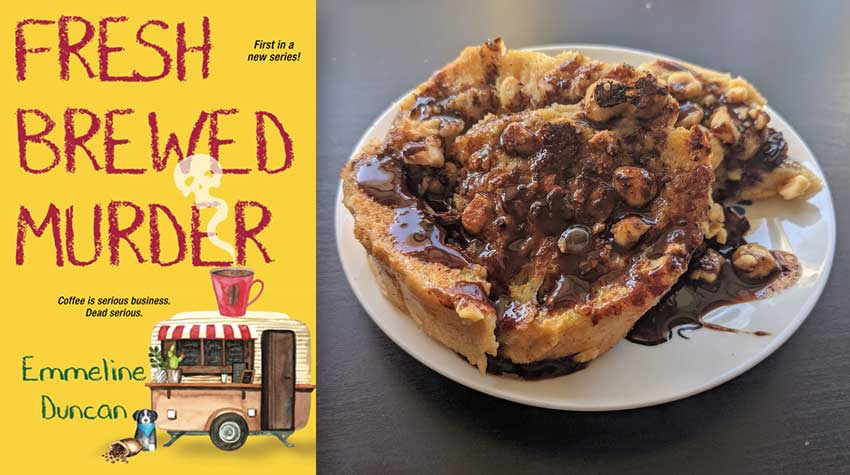 Sage Caplin is excited to make a reality out of her dream of running a coffee-brewing business! Together with her business partner, Harley, she’s opening Ground Rules, a food cart located in a popular area of Portland, Oregon, focusing on gourmet coffee drinks. Opening day finds her making a good go of it while getting to know her new food cart neighbors and customers as well as exploring ventures that could expand Ground Rules’ operations.

A protest at a development across the street is the talk of most of the vendors and clientele, including a hard-eyed man whose attitude belies his interest in Ground Rules’ coffee. Sage is determined to treat all her customers with cheerful professionalism, but even her positivity is put to the test when the man—who turns out to be property developer David Stevens—is found stabbed to death outside her cart with a box cutter she’d borrowed. Suspicion falls on Sage even before it’s discovered that David had previously been a victim of her con-artist mother, Saffron, who’s been in the wind since leaving Sage as a homeless teen on the streets of Portland over a decade ago. Luckily, Sage has her police detective father as well as her lawyer half-brother on her side, so she’s pretty sure she won’t get railroaded into anything by the less-than-competent investigators assigned to her case.

Unfortunately, the same couldn’t be said of a young runaway named Gabby, who reminds Sage uncomfortably of her teenage self. When it becomes clear that Gabby could hold the key to solving David’s murder, Sage must pull on her many connections in an attempt to find and save the girl—and clear her own name in the process.

I loved how refreshingly modern this book was! Sage reads like an actual 27-year-old living in a major metropolitan area with messy family connections and a sprawling network of friends. The burgeoning romances felt authentic, and the quirkier members of the cast of characters definitely do their part to keep Portland weird, as the city’s unofficial motto goes. Emmeline Duncan doesn’t shy away from depicting the underbelly of life in the big city either, with her moving descriptions of homelessness and hunger and our heroine’s efforts to help eliminate both.

On a lighter note, the descriptions of food and especially coffee were absolutely mouth-watering, definitely upping my coffee consumption while I read. With plenty of hooks for future plot lines, this debut marks the beginning of a series I’m already looking forward to reading much more of!

There were nine recipes included, mostly beverages. I decided to try out the one regional food recipe. 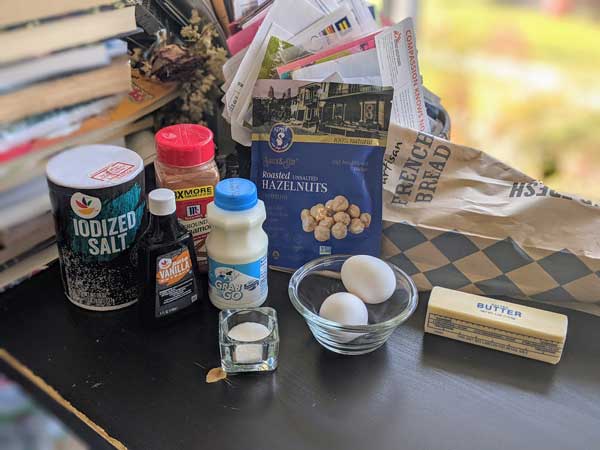 1 cup of milk (or Oatly works well as a nondairy substitute!)

Whisk together all of the ingredients except the nuts, bread, and butter or oil in a mixing bowl. 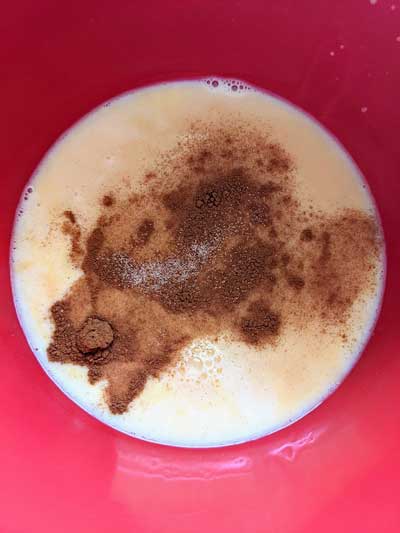 Put the nuts in their own wide-mouth bowl. 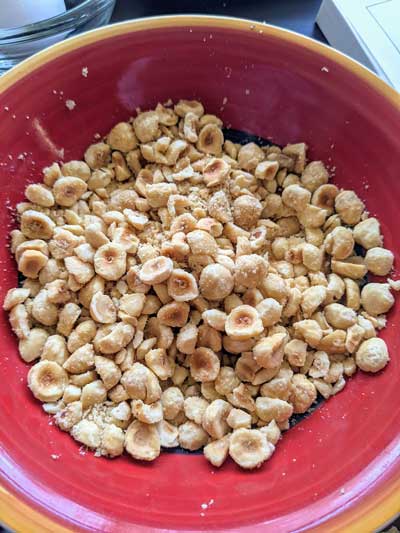 Prepare the griddle or skillet by either melting the butter in the pan or rubbing canola oil across the surface.

Dip the bread slices in the egg mixture, taking care to soak both sides, then dredge the bread in the hazelnuts.

Cook the bread slices in the skillet until brown, about 2 minutes per side.

If you want to up your Oregon cred, serve with your French toast with marionberry jam! Or serve it with maple syrup, other jam, butter, fresh fruit, etc. 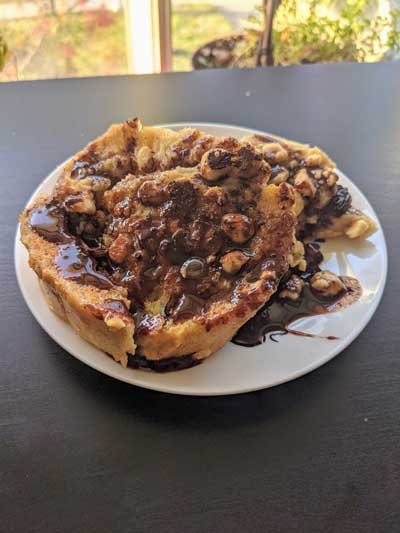 I grew up making French toast with just regular sandwich bread and seasoned eggs, so I must admit that fancy French toast recipes, like this one, continue to feel beyond my capabilities. My bread always feels like it’s coming out too mushy, and the contrast between crust and soft parts feels too marked. The chopped hazelnuts actually help even out the overall texture; I wasn’t sure how much I’d enjoy adding nuts to French toast, but this turned out much nicer than expected. I could have probably chopped the hazelnuts more uniformly, though. I also drizzled the chocolate sauce I made last week over my dish to add that little bit of recommended sweetness and found it absolutely delicious overall.

Next week, we head back to the East Coast to make a hybrid dessert while reading about bringing a murderer to justice. Do join me!