Cooking the Books: The Dog Who Knew Too Much by Krista Davis 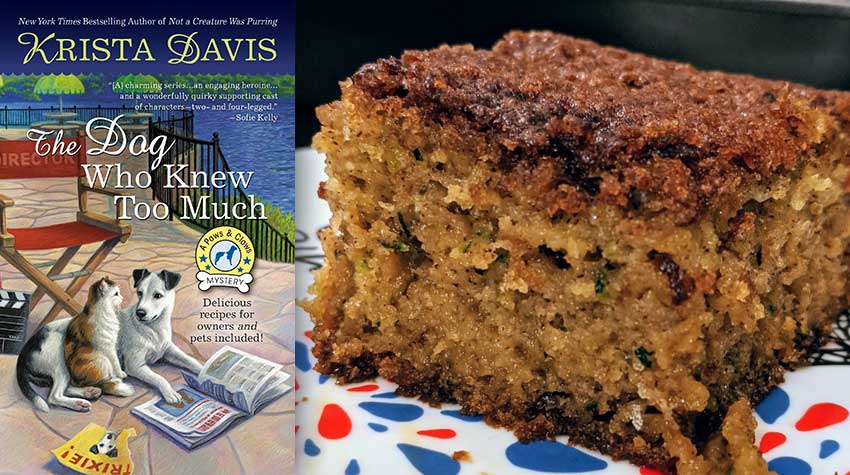 The pet-loving town of Wagtail, Virginia, is all aflutter at the imminent arrival of Pippin, America’s Favorite Dog. Soon to star in a new sitcom, Pippin along with his handler, Jim, and the rest of the main cast of the show have been sent to stay at the Sugar Maple Inn for some quality bonding time pre-taping.

Inn owner and part-time sleuth, Holly Miller, is as thrilled at the chance to host them, and her grandmother, fondly known as Oma, is pleased with the added good publicity for the town of which she’s mayor. Hopefully, the celebrations the town is throwing for Pippin and his castmates will overshadow recent rumors of dognappings, after two purebred dogs go missing from their owners’ Wagtail homes.

Fortunately, Pippin and Co. are, for the most part, dream celebrity guests. The biggest star, however, is nothing like the genial comic persona he displays onscreen. Howard Hirschtritt is a real piece of work, turning his nose up at the inn and paying unwanted attention to the two much-younger women who have come from Hollywood with him. Actress Camille seems to have her head on straight, but secretive social media manager Marlee is more susceptible to Howard’s blandishments.

Holly is glad that the cast’s handler, Rae Rae, is doing her utmost to keep everyone in line, especially since Holly has her own personal crisis to deal with. While walking her beloved rescue Jack Russell terrier, Trixie, she’s confronted by a man who claims to be Trixie’s rightful owner.

As if this wasn’t enough to handle, Trixie then proceeds to find yet another dead body, one of a woman who had long ago been entangled with some of these celebrity visitors. Can Holly solve the murder, manage her guests, figure out the dognappings, and establish, once and for all, that she’s Trixie’s only pet parent?

There is a lot of story going on here, but as always, Krista Davis expertly weaves the various plot threads into an entertaining mystery that even those who aren’t avowed pet lovers will thoroughly enjoy. Holly is her usual relatable self, but I must say that I really enjoyed the introduction of the Hollywood guests, especially the effervescent Rae Rae. I would love to read a spin-off with her solving mysteries out west or on a road trip with her dog.

There’s also a terrific recipe section featuring recipes for people, pets, and sometimes both! Of the 10 recipes included here, I decided to try this one intended only for people: 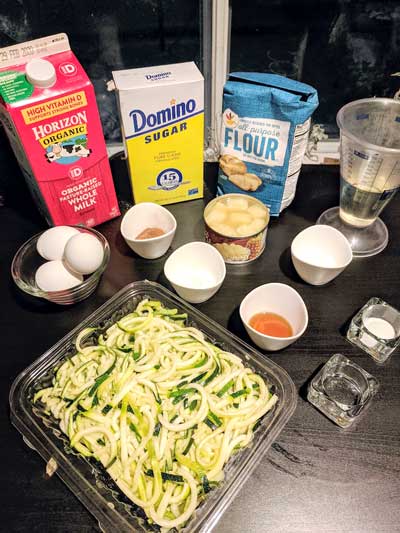 Measure the milk, and add the vinegar to it. Set aside.

In a food processor, shred the zucchini and the drained pineapple. Set aside.

Combine the flour, cinnamon, baking powder, baking soda, and salt in a bowl and stir well with a fork to combine. 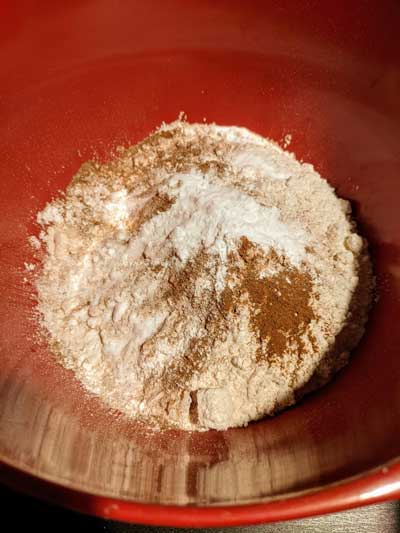 Beat the eggs lightly, add the sugar, and beat until thick. 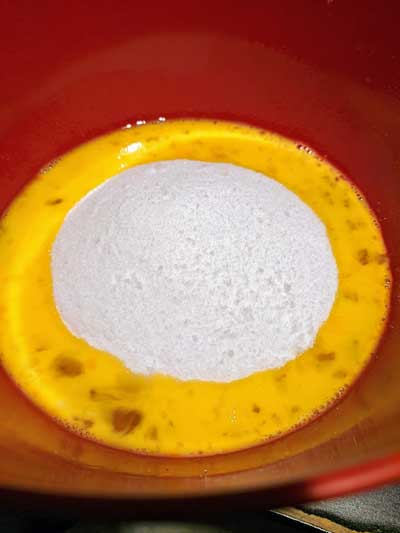 Slowly beat in the oil, milk, and vanilla, then the flour mixture. 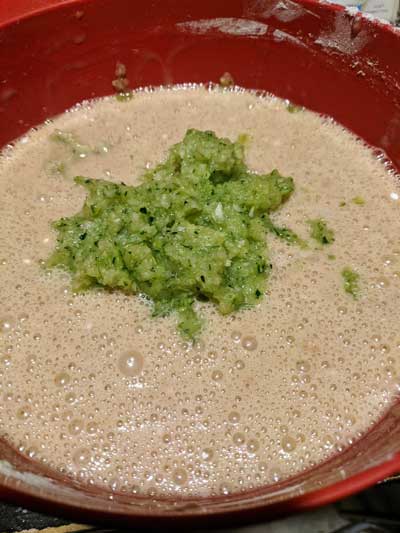 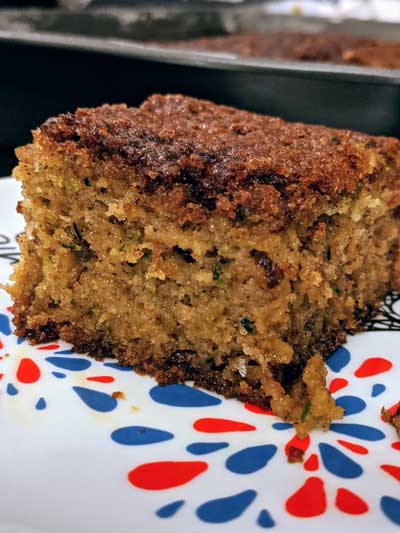 I did have to break out the heavy-duty food processor for this cake, but wow, it was worth it. This is the most deliciously moist cake I’ve ever had, and it retains its moisture well past its day of baking. I didn’t bother serving it with cream or icing as I thought it was pretty perfect as is. I also love that it’s packed with healthy vegetables, which you can even see a hint of if you look closely! Of course, I did not mention this to my kids, as I didn’t want to prejudice them unduly against the cake they gobbled up otherwise. I honestly felt quite virtuous both serving and enjoying this cake myself. I’ll definitely be making it again.

Next week, we head to the Midwest to make another good-for-you baked treat while exploring the first in a series I’ve recently discovered and enjoyed. Do join me!