Cooking the Books: The Diva Says Cheesecake! by Krista Davis

Our heroine, Sophie Winston, is Old Town Alexandria’s resident domestic diva—or one of them anyway. With the upcoming midsummer season, she’s busy organizing a waterfront dinner for another local notable, Queen of Cheesecake Bobbie Sue Bodoin. The dinner is set to take place on the same night as a spectacular fireworks display, a midnight run Bobbie Sue’s teenage son, Spencer, will be participating in, and a ballet performance featuring Bobbie Sue’s daughter, Jo. The Queen is thus understandably chagrined when her husband, Tate, doesn’t make it to the dinner or any of his family’s other events. Sophie assures her that there must be a reasonable explanation, even as she herself wonders at Tate’s unexpected absence.

When Sophie gets a phone call at four in the morning from an increasingly worried Bobbie Sue, she immediately agrees to meet the other woman in Tate’s restaurant to see if they can go through his work calendar together to try to figure out where he might have gone. With her best friend and neighbor, Nina Reid Norwood, in tow, Sophie heads to Blackwell’s Tavern to meet Bobbie Sue and winds up discovering Tate’s corpse in the basement wine cellar.

It’s quickly apparent that someone has tried to clumsily cover-up Tate’s murder by making it look like he had an accidental fall. But who could have possibly wanted the affable restaurateur dead? As rumors swirl around Bobbie Sue, she begs Sophie for help in finding the real killer. Sophie is more than willing, but what will she do when all the evidence starts pointing at one of her own nearest and dearest?

Well, she’ll keep investigating and clear all her friends’ names, of course! Suspicions hit uncomfortably close to home for more than one person in this absorbing cozy mystery, as Sophie finds herself caught in a tangled web of secrets and lies.

In addition to writing another entertaining mystery novel, Krista Davis has done a terrific job depicting Old Town Alexandria in all its summertime glory. It can be difficult placing a book, much less a series of them, in a real-life environment—especially when you sometimes need to embroider on the details in order to have them fit your story seamlessly. But her Domestic Diva series treads that fine line beautifully, populating a recognizable historic neighborhood with just enough fictional elements to make everything convincingly plausible.

There were 11 delicious recipes included in this volume. Sad to say, cheesecake is not my favorite dessert, so I opted out of making any of the three options on hand here in favor of making a savory breakfast treat instead. 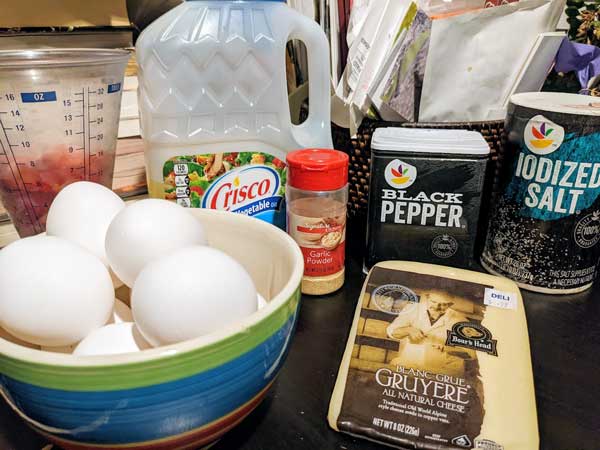 Oil for greasing the cupcake pan

Break the eggs into a bowl.* Add the salt, garlic powder, and pepper and whisk well. Stir in the cheese and red pepper.

Divide between the 12 cupcake wells. 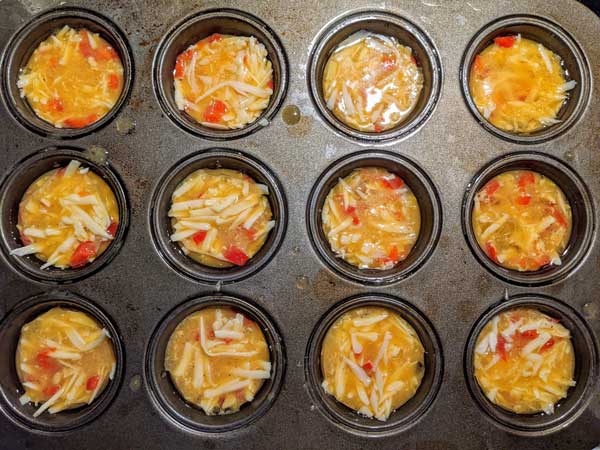 Bake 8-10 minutes or until the centers begin to set. They should not brown. They will inflate in the oven and collapse as they cool. 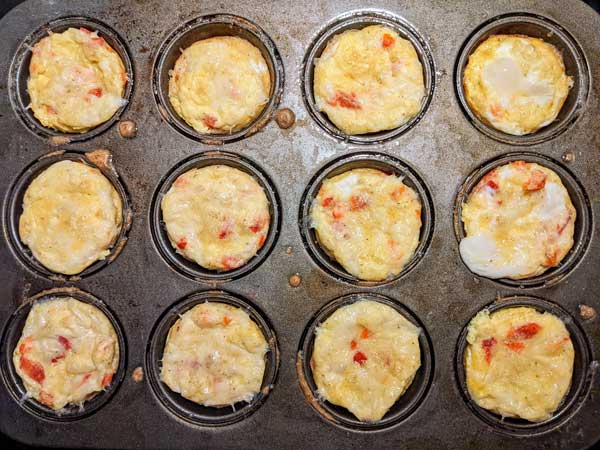 *Krista’s hint: Use a bowl with a spout (like a 4-cup Pyrex measuring cup) instead of a plain bowl. Then you can pour the egg mixture into the cupcake wells. Use a spoon to distribute any remaining cheese or red pepper. 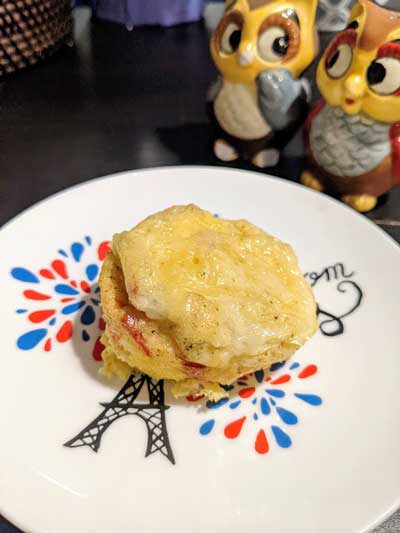 In the book, Sophie makes these to bring to a bereaved family for breakfast, and honestly, that’s such a brilliant idea! These “muffins” are pretty fast to whip up, extremely portable, and reheat well for leftovers. They’re each essentially a mini omelet that you can easily modify with whatever vegetables or extra proteins you have on hand. I used some frozen diced red peppers I had left over from another recipe, and those worked out really nicely, but I think diced onions and chopped spinach would also be delicious here—the possibilities are near endless! These muffins are such a fancy, fresh way to serve eggs, especially for a small crowd.

Next week, we head even further south to cook up a vintage recipe while investigating the death of an alleged thief. Do join me!