Cooking the Books: Death Bee Comes Her by Nancy Coco 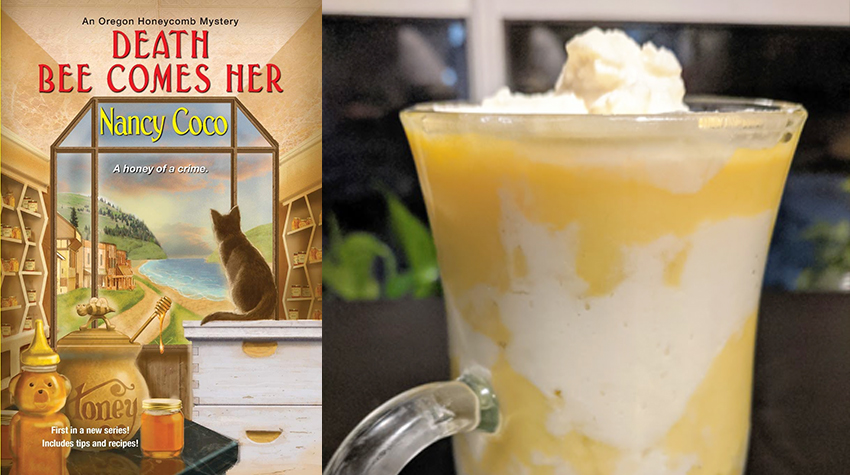 This debut novel in the Oregon Honeycomb Mystery series follows Wren Johnson, proprietor of the Let It Bee honey boutique in the coastal town of Oceanview, Oregon. Despite the odds, she’s managed to keep her store up and running for almost two years now with the help of her Aunt Eloise and her assistant, Porsche. With her delightful Havana Brown cat, Wren has built a life of contentment that includes taking the feline Everett on leashed beach walks for recreation.

Alas, it’s on one of those walks that she and Everett come across the body of Agnes Snow, Eloise’s nemesis on the local crafts circuit. As the wife of the former mayor, Agnes was a force to be reckoned with in their small town. She certainly had her fair share of enemies, though Wren could hardly think of anyone who would want to kill her. For Agnes was indeed murdered, and it looks like the murder weapon was a poisoned stick of lip balm from Wren’s own boutique.

At first, Wren thinks it’s a joke that the police are considering her as a suspect in Agnes’s death. When she realizes that they’re serious—and that the evidence is slowly mounting up against her—she decides to find the real killer herself, with the help of Eloise, Portia, and Everett, of course. But Agnes’s killer won’t hesitate to strike again, and as the body count rises, Wren could very well become the next victim.

Sprinkled with delightful notes on honey and its various uses, this was a fun introduction to both a new cozy series and the many benefits of promoting bee health—even if you’re not interested in beekeeping yourself. Everett was another animal delight, often proving to be smarter than the humans around him. Personally, I wasn’t a huge fan of the lead detective, Jim Hampton, who’s being set up as a romantic interest for Wren. I hardly think looking like Paul Newman at his dreamiest makes up for being a socially awkward jerk—especially in comparison with some of the other interesting men from Nancy Coco’s other cozy series, the Candy-Coated Mysteries—but maybe he’ll grow on me as the series progresses.

There were two food recipes in addition to various honey-related skincare recipes, and I decided to try out this one: 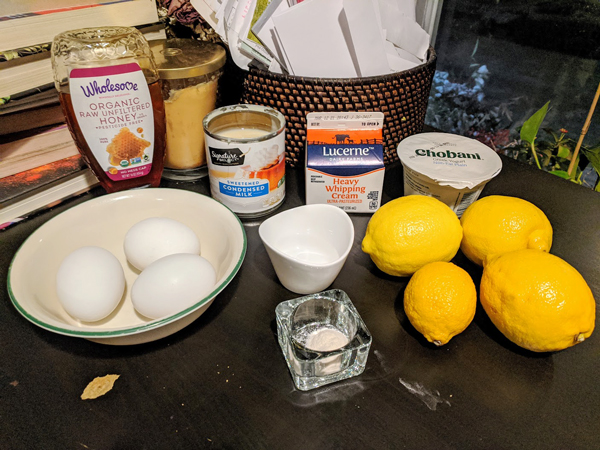 Take a large heavy saucepan and pour in the sweetened condensed milk and the lemon juice. Heat gently, stirring until it’s simmering. Simmer 1 minute. Whisk the egg yolks together in a medium bowl. Temper the eggs using the hot liquid by adding a little bit of the hot milk at a time and mixing into the eggs, then a little more until the egg mixture is nearly up to temperature. Pour into the milk mixture and simmer 1 more minute, stirring constantly. Remove from heat and add zest. Let cool to room temperature.

In a small bowl, pour the gelatin into the water. In a medium bowl, whisk together yogurt and honey. 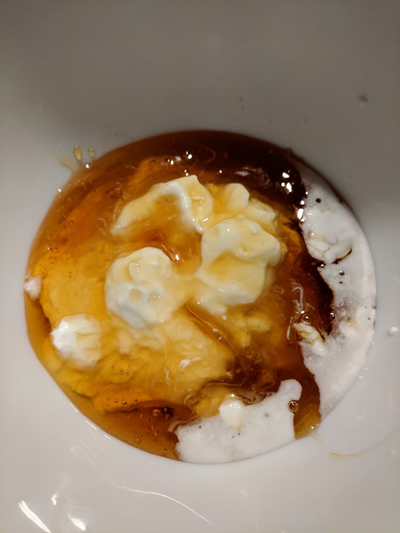 In a cold bowl pour in cream and whip into stiff peaks. 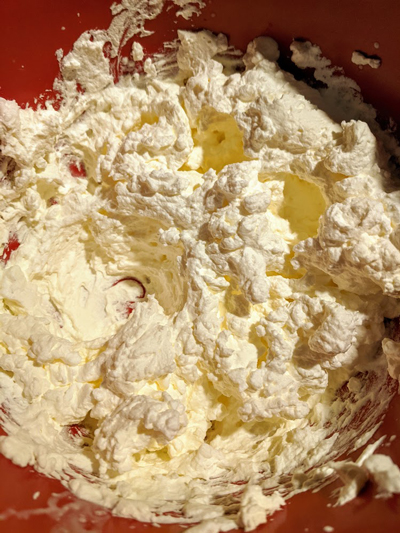 Heat the gelatin in a microwave for 12 seconds. Quickly pour the gelatin over the yogurt and whisk thoroughly. Fold in the whipped cream until thoroughly blended.

Layer ⅓ cup mousse with 3-4 tablespoons lemon curd in glasses and repeat layers until the glasses are full. Garnish with a curl of lemon peel and enjoy! 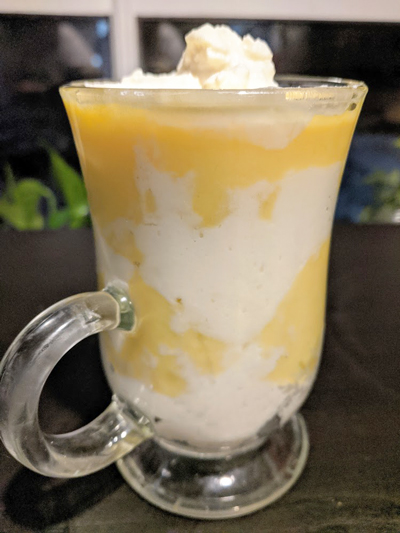 In my continuing quest to get agar agar to adequately replace gelatin in dishes, I finally think I’ve figured out the best quantities and method for substitution! I added half a teaspoon of agar agar to four tablespoons of boiling water and whisked constantly for five minutes, at which point I poured the mixture over the yogurt and proceeded with the rest of the recipe as written. This came out so beautifully, with lemon curd at once sweet, tart, and rich contrasting nicely with a light, honeyed yogurt mousse. It’s a refreshing dessert that doesn’t feel too heavy while still satisfying many different flavor profiles in one elegant dish.

Next week, we head to the Midwest to make a delicious, if deadly-sounding, appetizer while tracking down a killer gunman. Do join me!