Cooking the Books: A Deadly Feast by Lucy Burdette 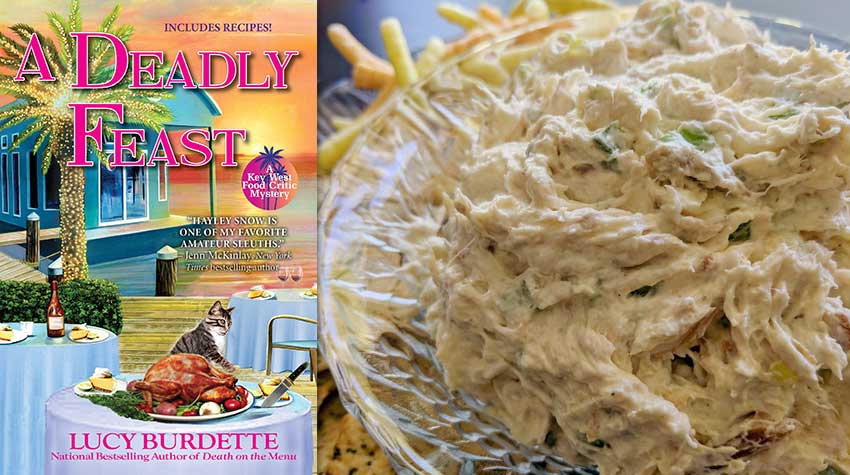 In the ninth book of the Key West Food Critic mystery series, our heroine, Hayley Snow, is getting ready for her impending wedding to the man of her dreams, Detective Nathan Bransford. While this should be one of the most exciting times of their lives, very little is going to plan.

For a start, though they’ve purchased the houseboat berthed right next to the one Hayley currently lives on with her roommate—the sprightly octogenarian Miss Gloria—refurbishment is nearly at a standstill as their contractors keep dropping out for one reason or another. Then, Nathan becomes involved in a hush-hush sting operation that frays Hayley’s nerves due to her never knowing where he might be or in what danger he’s involved. Add to this the stress of having her extended family in town for the Thanksgiving holidays and Hayley is understandably stressed.

But then, tragedy strikes. While Hayley is on a food tour for her duties as food critic for the Key Zest newspaper, one of her fellow food tourists suffers what seems to be a stroke and dies soon after being rushed to the hospital. Analise Smith, the owner of the food tour company, is distraught and asks for Hayley’s help in figuring out whether anything involved with the tour might have been the trigger for Audrey Cohen’s death. The pressure is only worsened when Marcel, Audrey’s widower, begs Hayley to look into it as well.

Hayley knows that one of the things Nathan least likes about her is her tendency to poke her nose into business best left to the police. Fortunately, he’s too preoccupied to stop her—about the only positive from his absorption with his new case. As she asks around the island and starts looking into the other members of her tour group, however, she soon finds that her investigations might be converging with Nathan’s in unexpected, and deadly, ways.

While it was refreshing to see Hayley and Nathan set about the business of matrimony in a responsible, mature manner, I can’t say that I’m the hugest fan of Nathan himself, nor of the semi-hysterical person Hayley becomes around him. It’s weird to me how he makes her even more anxious than she normally is, but I guess love is weird anyway. I did enjoy how Miss Gloria addressed Hayley’s prejudices against prison inmates, as well as the way that sexual harassment controversies in the culinary world were folded into the narrative. Overall, this was an important installment in the series—if not my personal favorite.

There were nine recipes included, and I decided to try this quick and easy appetizer because it features a signature Maryland seasoning: 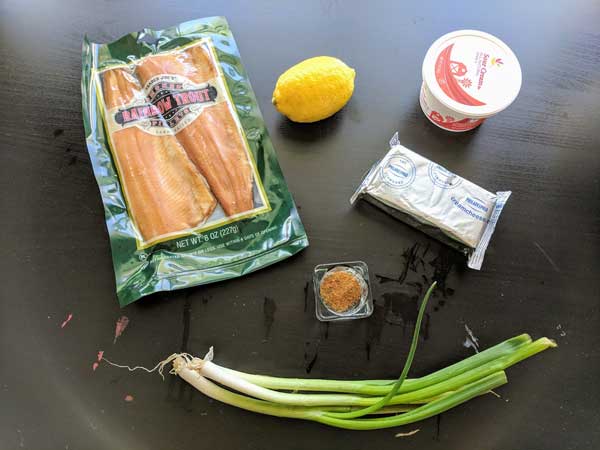 8 ounces smoked trout or other fish

In one bowl, flake the fish. 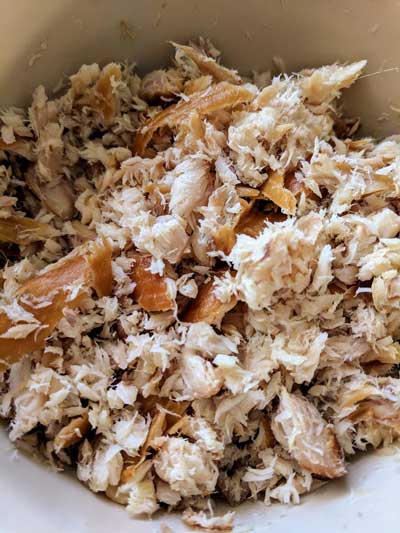 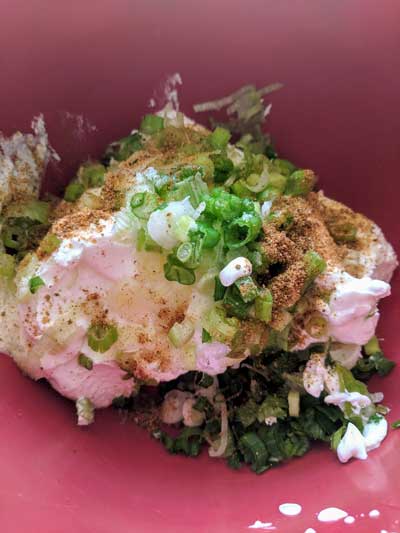 Fold in the fish. 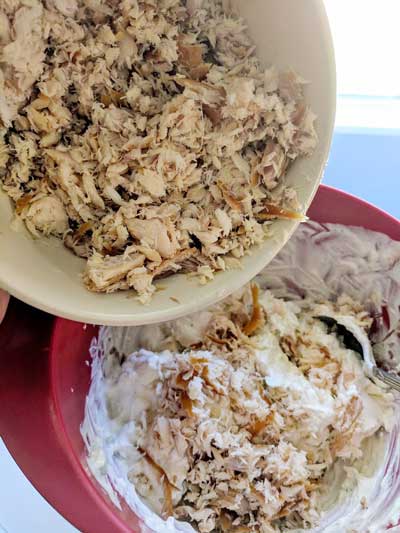 Serve with crackers or chips, or with celery sticks and cucumber slices, or stuffed into endive leaves. For another variation, leave out the scallions and Old Bay and replace with 1 tablespoon horseradish and 2 tablespoons chopped fresh dill. 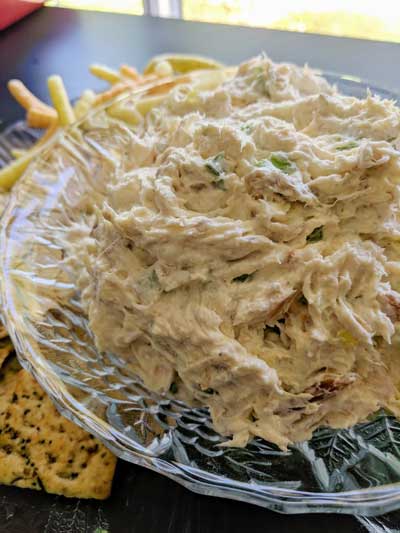 Golly, this was so delicious. My lovely assistant Karin is not a fan of Old Bay, but even she had to concede that this was a perfectly seasoned dish. I served it with everything crackers and vegetable chips, and I have enjoyed it both as an appetizer and as a light meal on its own. I imagine it would taste amazing with cucumber slices or other crudités or even with a salad. It was far better than any store-bought seafood dip I’ve ever enjoyed, and I look forward to making it again in future—especially for parties.

Next week, we travel a state north to continue our streak of savory treats with some yummy scones. Do join me!

See also: Cooking the Books: An Appetite for Murder by Lucy Burdette