The 16th installment of the Mystery with Recipes series finds the intrepid Simmons sisters wondering why a regular customer has forgotten to pick up her long-standing monthly order. Margo Hemsley is the kind of person who isn’t just punctual, she’s habitually early. Every month for the past five years, she’s ordered the same few items to bring to the Longely Mystery Book Club meeting. When she doesn’t show up at Bernie and Libby’s cafe and doesn’t answer her phone either, the sisters decide to give another member of the book club a call only to discover that Margo has gone missing.

The LMBC has perhaps been reading too many mystery novels, as after a quick visit to Margo’s seemingly undisturbed home, they conclude that something terrible must have happened to her. The police are, of course, more skeptical as there’s no evidence to suggest anything beyond Margo deciding to just take off for a while. The book club, being made up mostly of affluent artists, dealers, and others in the industry, decides to pool together funds and hire the Simmons to look into what they’re sure is foul play.

Being inveterate snoops, Bernie and Libby are happy to accept, especially with a fee on the table. Their investigations lead not only to Margo’s body but to secrets the members of the LMBC probably wouldn’t want exposed to the public. But could any of those secrets be enough to kill for, especially when the victim is someone they called a friend? Bernie and Libby must race to find out before the body count increases.

I far preferred this novel to its immediate predecessor, as it featured the sisters’ sassy wit and questionable tactics well-balanced with their father’s more methodical use of his former professional contacts. I felt like the last book relied too much on retired police chief Simon to figure things out while his daughters heedlessly threw themselves into peril. A Catered Book Club Murder felt far more tempered by reality. It was also easier to differentiate between the sisters in this novel, though I must say I admire Libby’s patience with the breathtakingly reckless Bernie—not that Bernie’s leaps of faith aren’t sometimes justified!

As promised by the series title, this volume included three recipes, all for baked goods. I decided to try out this one: 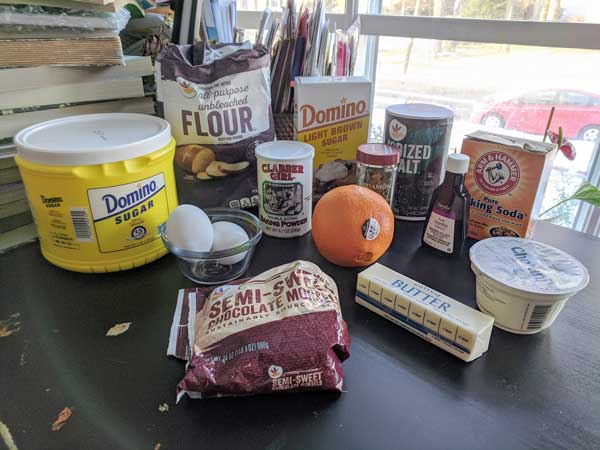 1 tsp cardamom seeds, divided in half 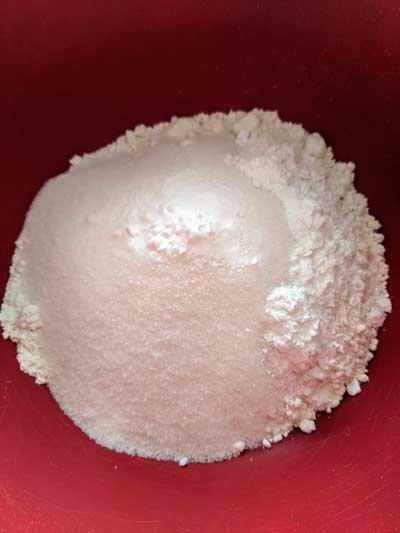 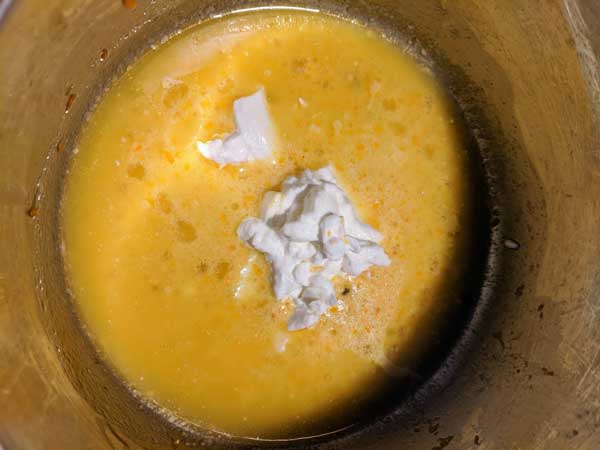 Let sit for a couple of minutes, then transfer to medium-size bowl and add eggs and vanilla. 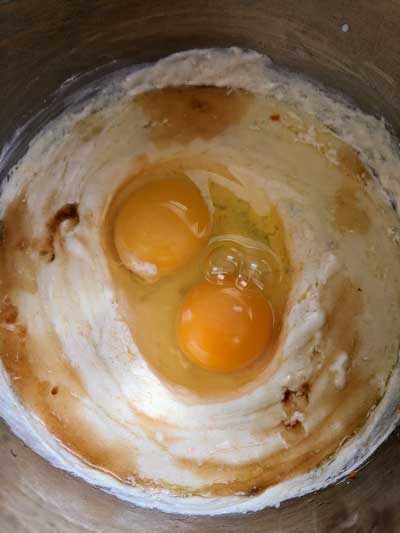 Make a well in the middle of dry ingredients, and slowly add wet ones, using spatula and mixing just until everything is combined.

Add nuts and chocolate chips, if using. Pour batter into tin, then mix brown sugar and ½ teaspoon cardamom together and sprinkle on top of muffins. Bake for 18-20 minutes or until tester comes out clean.

Cool in pan for five minutes, then turn out onto rack to finish cooling. 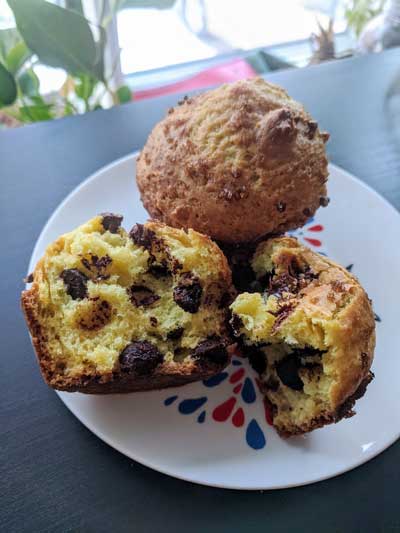 Unsurprisingly, I skipped the nuts but also decided to use chocolate chips in only half the muffins, leaving the orange and cardamom flavors to shine through in the other half. Both versions are good, though I wound up preferring the chocolate version a wee bit more. A little cardamom goes a long way when using seeds, so don’t be a maximalist like I was and sprinkle generously: half a teaspoon was exactly enough, I felt. These muffins also fall on the dry side. They were perfectly baked at 18 minutes even in my cool running oven, and while they were delicious in the first 24 hours after baking, their lack of moistness meant that their shelf life was definitely more limited than that of less dry baked goods. It was definitely an adventurous flavor pairing, however, and one I’ll make again.

Next week, we head south a short way for more baked goods while investigating the death of an unpopular schoolteacher. Do join me!