Cooking the Books: But Knot for Me by Betty Hechtman

Casey Feldstein is looking forward to hosting her latest yarn retreat at the Vista Del Mar resort across the street from her Cadbury, California, home. Several members of her latest group have specifically requested the secluded resort for her low-key, fiber-arts-focused getaway, and she’s happy to be able to accommodate them.

Unfortunately, resort manager Kevin St. John is less than happy about accommodating her since he’s accidentally scheduled her group on the same weekend as the booking of charismatic self-help guru Jordan (no last name). Jordan wants the entire resort devoted to his people, so Casey and assistant manager Cloris must conspire to help her group keep a low profile and stay out of his followers’ way. Still, Casey can’t help overhearing some of the unrest among Jordan’s staff, and not just over his “food is just fuel” philosophy that eschews coffee and dessert—and indeed any form of seasoning—as empty calories. Clashing personalities and mean-spirited digs make for riveting gossip, especially to an observer as naturally inquisitive as Casey is. But when a Jordan staffer dies of food poisoning after a foraging expedition, Casey realizes that someone has decided to go beyond figurative backstabbing in order to get rid of the unpopular young woman.

Cloris is beside herself since Jordan has decided that the ultimate responsibility for checking on the safety of the foraged items lies with her instead of with anyone associated with his brand. She implores Casey to help prove that she wasn’t negligent in her duties. Encouraged by this request, as well as by the roundabout way in which presiding Police Detective Theodore Borgnine asks for her help, Casey decides to do a little investigating. Since she’s already onsite and compassionately assisting some of the otherwise tight-lipped group in clandestinely accessing caffeine and sugar, she’s happy enough to pass on any information she gleans from her grateful new acquaintances to the cops—until someone gets wise to her scheme and decides that she needs to be silenced too.

I love Betty Hechtman’s clever, contemporary culinary cozies that blend careful construction with wholly relatable characters and situations. I did manage to guess whodunnit before the reveal but not how or why, and I was greatly satisfied with the denouement. I also really loved reading about Casey’s ongoing struggle with her life plans, stemming less from a fear of her own commitment than from a fear of letting down the people who might want to commit to her. It’s nice to see her start to accept that she’s an important part of Cadbury, with a rich, fulfilling life that might not be what her mother had in mind for her but is still valid and worthwhile.

Along with a crochet pattern for scrunchies, But Knot for Me included the following recipe: 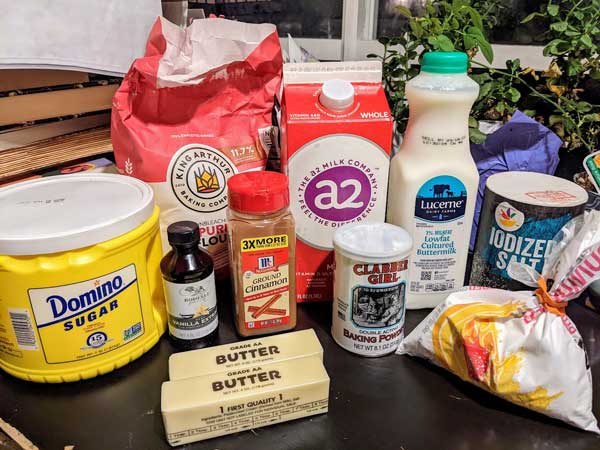 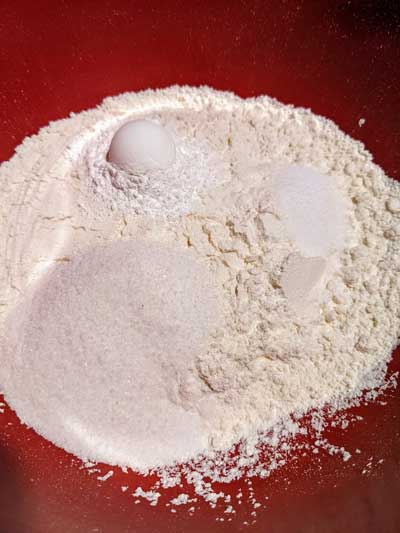 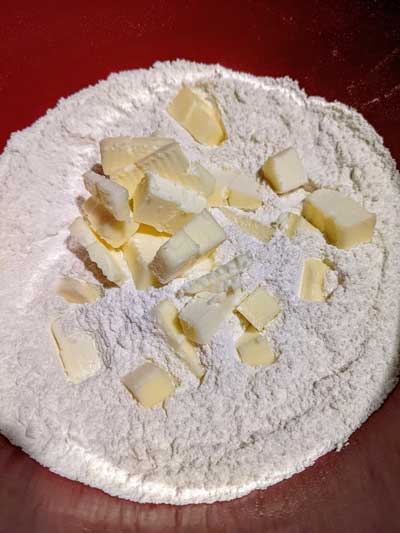 Drop with tablespoon or small scoop into baking cups. Brush the biscuffins with melted butter and sprinkle cinnamon sugar. Bake for 12-15 minutes until golden and a toothpick comes out clean. 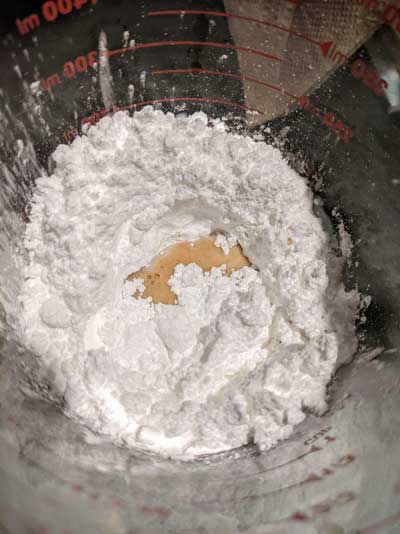 Cool the biscuffins slightly then drizzle glaze over the top. 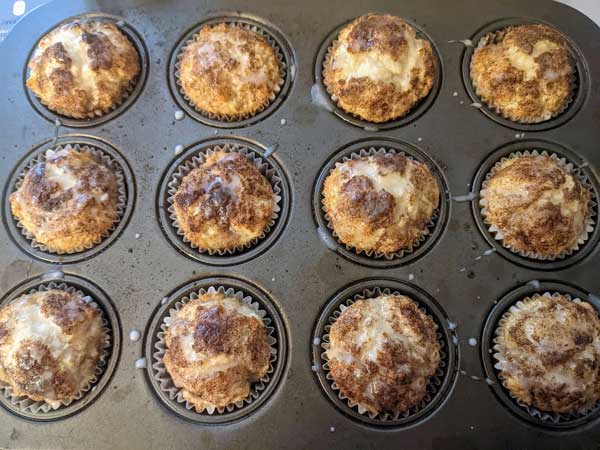 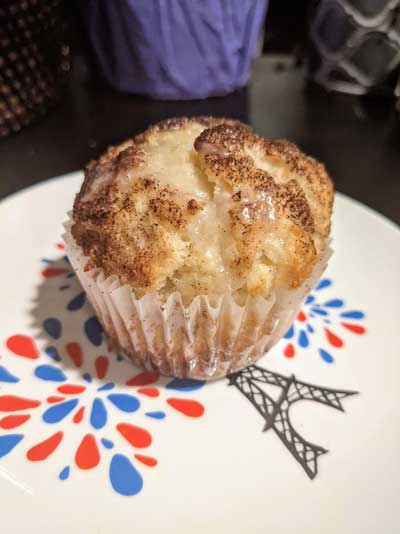 These really did taste like the perfect hybrid of biscuit and muffin! The texture was exquisite, with that particular tooth you expect from biscuits combined with the sweetness—but not too much sweetness—of a nice breakfast muffin. My kids loved these treats, which were fairly simple to whip up, too. The easiest part, I felt, was just combining the glaze in the measuring cup I used for the powdered sugar and pouring it over the biscuffins at the end. I always appreciate any step that saves me from washing an extra bowl

Next week, we travel back to the East Coast to bake up another not-too-sweet treat while investigating another poisoning. Do join me!

See also: Cooking the Books: Batten Down the Belfry by Diane Kelly