Cooking the Books: Beyond a Reasonable Donut by Ginger Bolton

This fifth installment of the Deputy Donut Mystery series finds us learning a lot more about the background of Nina Lapeer, the artist and invaluable assistant to our heroine, cafe owner Emily Westhill. As the book begins, the two women are all set to staff a booth at their local Faker’s Dozen Carnival, a fair dedicated to all things unlucky and mischievous. Neither woman is particularly superstitious, but it does seem a bit inauspicious that the organizer should be so unreasonably strict with them as they’re trying to unload their perishables on the morning of the festivities.

More bad luck follows as a tub of confectioner’s sugar goes missing and several suspicious people are spotted lurking with intent around the custom Deputy Donut mobile. The absolute nadir of their day at the fair happens when a magician seeming to work in tandem with a mime robs their cash drawer. The culprits get away with a fistful of cash, but since the rest of the day has been profitable, Emily and Nina write off the loss at end of business and pack up to head home.

Nina, in particular, is excited to get back to her apartment and complete the last, largest painting she’ll be shipping off to her first-ever art gallery exhibit. She’s so excited that she accidentally leaves her bag in Emily’s car after asking to be dropped off at the nearby grocery store. Once Emily discovers the bag, she heads to Nina’s apartment to return it, but signs of forced entry have Emily rushing inside to see if Nina is okay. She’s shocked to find Nina’s art vandalized with confectioner’s sugar, and horrified to find the heavily injured, unconscious figure of the mime from the fair sprawled on the floor of the otherwise empty apartment.

Despite Emily’s best efforts, the mime does not live for much longer, and Nina is swiftly arrested for her murder. Emily is convinced that Nina was the actual target and consoles herself with the thought that at least whoever killed the poor mime can’t get to her dear friend in protective custody. But who could possibly want the bubbly, talented Nina dead? As Emily uncovers more about the mime and about her own assistant, she’s shocked to discover how much Nina has been hiding from the people she calls friends.

This was a great addition to the Deputy Donut series, as we not only get to know Nina a lot better but also celebrate the marriage of two more of Emily’s inner circle. It was also great to see Emily’s slow-burn romance with her dead husband’s best friend continue to develop—and to see a brand new side to the icy detective who’s a sometime rival for Brent’s affections.

There were three recipes included, and since I’ve been perhaps oddly craving a lot of soup recently, I decided to try out this one: 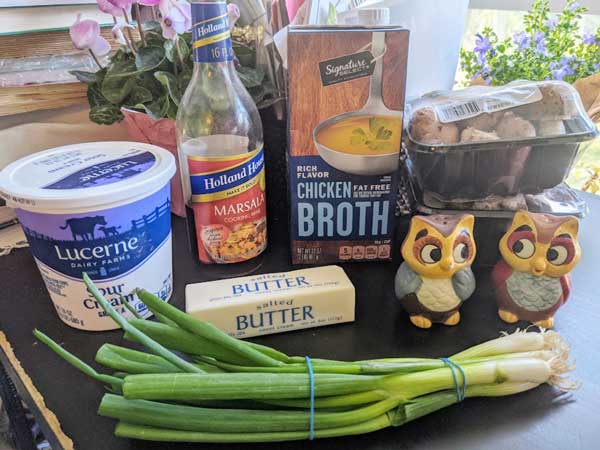 Melt the butter in a heavy-bottomed pot.

Saute mushrooms in the butter until they’re golden. 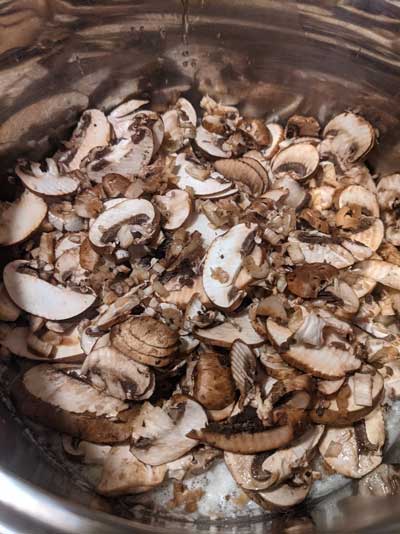 Add the broth and heat to almost boiling. 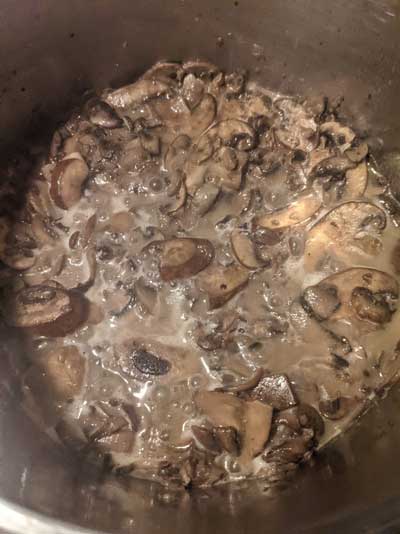 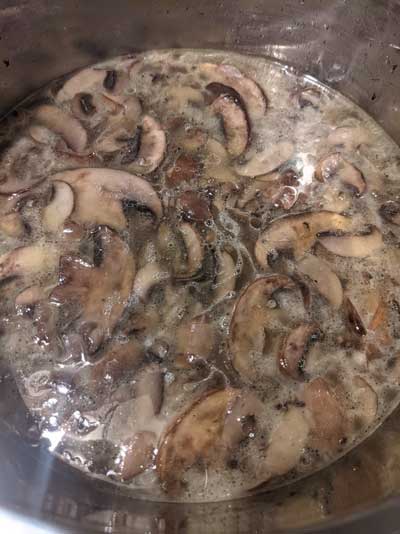 Serve immediately in bowls with a dollop of sour cream and a sprinkling of sliced green onions. Salt and pepper to taste.

Serves 3-4 people. You can also make this recipe in large quantities and keep it warm in a slow cooker. 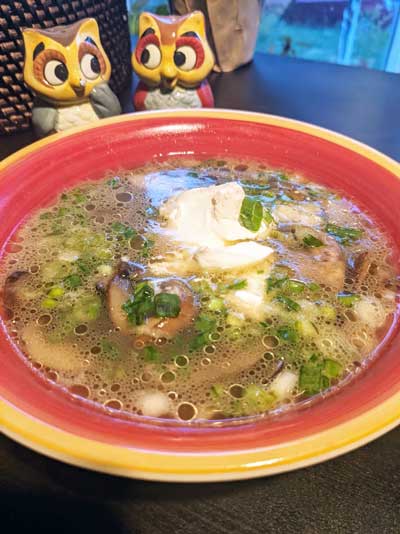 For whatever reason, the only mushrooms at the store were baby bellas, which added a bit of a meatier, darker flavor to the soup than button mushrooms might. I also used marsala instead of sherry to accompany this slightly more complex flavor, and I think that overall this soup came out beautifully if perhaps with a bit more intensity than intended. The cool mellowness of sour cream and the piquancy of the green onions were a delicious counterpoint to the rich, buttery broth. Best of all, this all came together in surprisingly little time, making for a quick, sophisticated dish that can be enjoyed on its own or as a starter course for a larger meal.

Next week, we head back to my neck of the woods to bake a chewy sweet treat while protecting another fictional Nina from another calculating killer. Do join me!