Cooking the Books: Arsenic and Adobo by Mia P. Manansala

Lila Macapagal’s life, as she wryly notes in the opening sentences of this charming new culinary cozy series, has become a rom-com cliche. After moving from her small Illinois hometown of Shady Palms to Chicago for school, she fell in love with a guy who not only broke her heart but left her nearly unemployable in the big city. Back home to lick her wounds, she spends her time helping her grandmother and aunt run their family restaurant, specializing in authentic Filipino food.

Soon after returning to Shady Palms, Lila reconnected with her high school sweetheart, Derek Winter, only to have to quickly douse any rekindling of their prior romance. Turns out that in the years she was away, Derek has turned into a huge jerk, writing scathing, unfair reviews of local restaurants, including her family’s. When he turns up for lunch with his stepfather one day, Lila is determined to grin and bear it—until Derek falls face-first into a bowl of ginataang bilo-bilo on their table.

At first, Lila thinks this is just another example of Derek’s boorish sense of humor, but when it becomes clear that he’s in acute distress, her family jumps into action to try to revive him while waiting for the ambulance to arrive. So it’s a shock when Derek is later pronounced dead of arsenic poisoning from something he recently ingested. It’s even worse when hot, silver-fox Detective Park accuses Lila of Derek’s murder.

With the family business in jeopardy and her own freedom on the line, Lila must do a little amateur sleuthing—with the help of her friends and relations—to figure out who really killed Derek. And let me assure you, the case is nowhere near as clear-cut as it first appears! Mia P. Manansala does an amazing job of planting red herrings as the bodies pile up and the pressure rises on Lila to find a murderer without losing her own life.

In addition to the clever mystery, I was also really taken with the wonderful characterizations in this #OwnVoices debut. Besides Lila’s own extended Filipino clan, the cast features Pakistani Muslim and Korean main characters in addition to a truly multicultural supporting cast. Everyone felt like a real, vibrant person with important 21st-century concerns. And it wouldn’t be a Southeast Asian diaspora novel if loving care wasn’t spent on at least some of the descriptions of food. The best part of this being a culinary cozy is that recipes for four of these delicious dishes were included! I decided to try out this one: 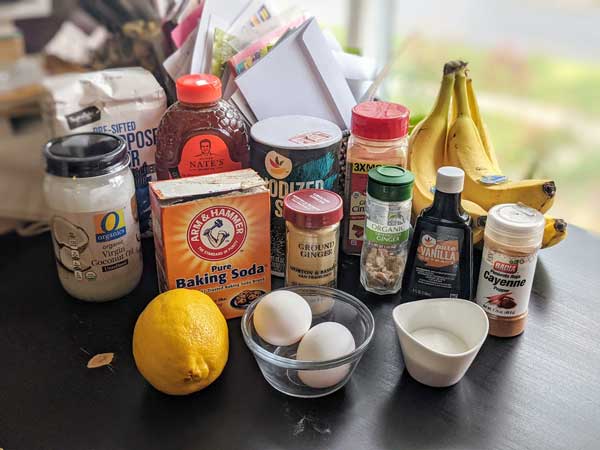 Whisk dry ingredients in a medium bowl and set aside. 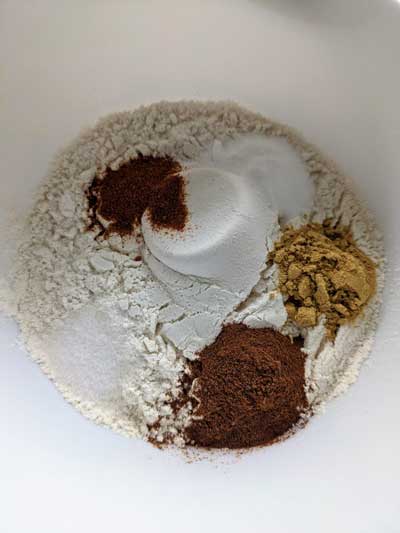 Mash the bananas in a large bowl, then add the coconut oil and honey. Mix well then whisk in the eggs and vanilla extract. Grate the lemon zest directly into the bowl and add the crystallized ginger, if using. Mix thoroughly.

Add the dry ingredients to the wet bowl and mix lightly with a rubber spatula until just combined. Don’t overmix, it will still be slightly lumpy. 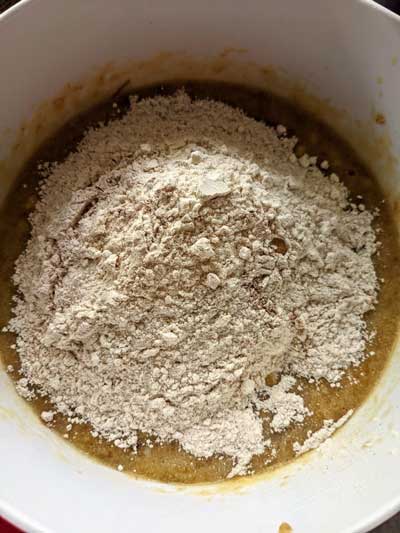 Put mixture in a prepared loaf pan and sprinkle top with instant salabat mix, if using. Bake for about an hour. Check the banana bread about halfway through the cook time, and if it’s browning too fast, cover with aluminum foil.

It’s done when a knife or chopstick inserted in the middle comes out clean. Let cool and enjoy with a nice cup of tea. 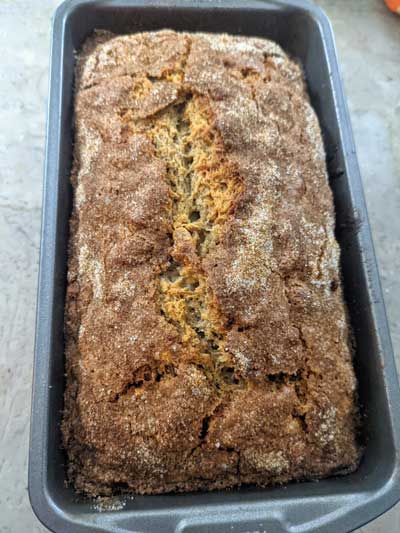 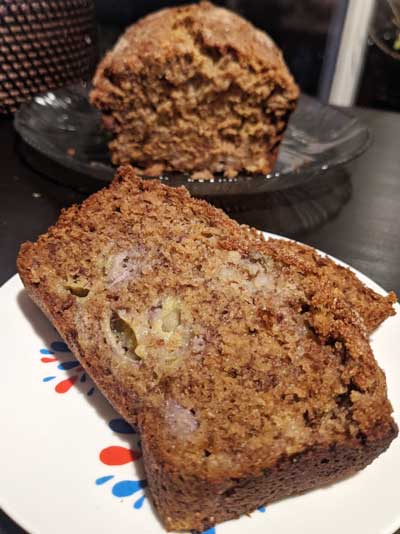 This is a delightfully spicy take on banana bread, and it really does go perfectly with a nice cup of tea, especially ginger if you have it. The crystallized ginger was a very nice touch too. The instant salabat mix was a little spicier on the crust than expected, as my poor kids found out to their detriment, so feel free to either go easy on the cayenne in it or sprinkle the spicy stuff on only half of the loaf if you’re serving people with a low tolerance for spice.

Next week, we head southeast to investigate disaster at a murder mystery wedding (!) while dishing up a delicious soup. Do join me!