Connections in Death by J. D. Robb: A Visual Guide

January 16, 2019
GIFnotes: Giving you the basic plot summary of an upcoming book with the help of the Graphics Interchange Format. 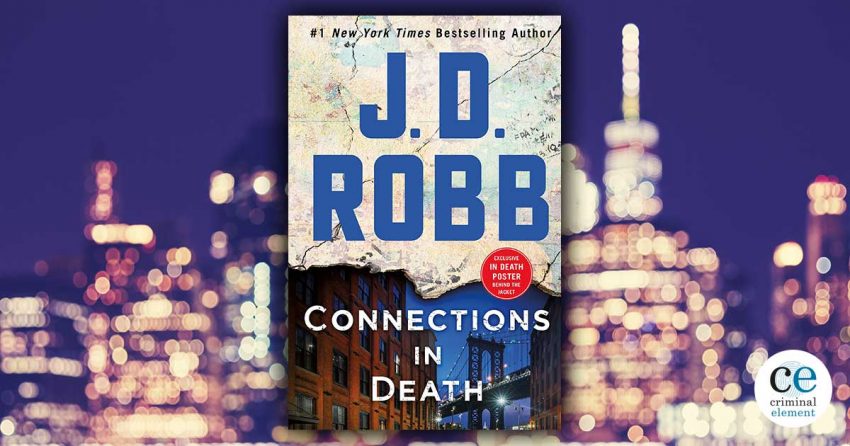 Connections in Death is the gritty and gripping 48th novel in J. D. Robb’s bestselling In Death series, where Eve Dallas fights to save the innocent, and serve justice to the guilty, on the streets of New York—take a visual tour with GIFnotes!

And with this new project, they hope to nudge a few more of them onto the right path.

For expert help, they hire child psychologist Dr. Rochelle Pickering―whose own brother pulled himself out of a spiral of addiction and crime with Rochelle’s support.

Lyle is living with Rochelle while he gets his life together, and he’s thrilled to hear about his sister’s new job offer.

But within hours, triumph is followed by tragedy.

Returning from a celebratory dinner with her boyfriend, she finds Lyle dead with a syringe in his lap, and Eve’s investigation confirms that this wasn’t just another OD.

After all his work to get clean, Lyle’s been pumped full of poison―and a neighbor with a peephole reports seeing a scruffy, pink-haired girl fleeing the scene.

Now Eve and Roarke must venture into the gang territory where Lyle used to run, and the ugly underground world of tattoo parlors and strip joints where everyone has taken a wrong turn somewhere.

They both believe in giving people a second chance. Maybe even a third or fourth.

But as far as they’re concerned, whoever gave the order on Lyle Pickering’s murder has run out of chances…

Want more GIFs? Take a visual tour through Forget You Know Me by Jessica Strawser!