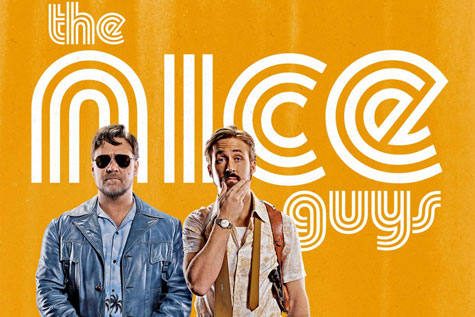 After seemingly taking a break from his “unlikely, investigative duo” archetype with Iron Man 3, writer and director Shane Black (Lethal Weapon, Kiss Kiss Bang Bang) is at it again with the mystery thriller and crime comedy, The Nice Guys (scheduled for summer of 2016).

The trailer is action packed, but lighthearted and fun in the tongue-in-cheek manner we’ve come to expect from Black. The Gladiator and Papa Gos appear to be naturals together as Gosling’s intentional over-the-top is balanced well by Crowe’s straight man. Catering to both action and comedy fans alike, I sincerely doubt these “nice guys” finish last as this appears to have the makings of a summer box-office hit.

Watch the (NSFW) trailer below: