Cold Blooded Fiction: Introducing We Were Killers Once 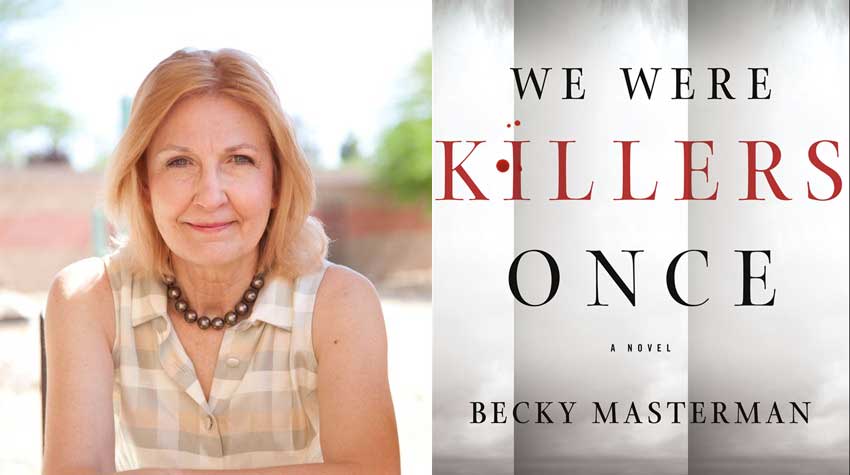 Becky Masterman, author of the Brigid Quinn mystery series, introduces us to her newest novel, We Were Killers Once. Based off the crimes made famous by Truman Capote’s In Cold Blood, We Were Killers Once wonders what if Richard Hickock and Perry Smith were working with a third man — and what if he was still alive…

We Were Killers Once is the fourth book in my series which began with Rage Against the Dying. In the series, Brigid Quinn is a former FBI special agent now trying to fit into retired life in a small town just outside of Tucson, Arizona. Trying to figure out how to be normal, how to be married, trying to cook, trying to keep her neighbors from finding out she can still kill a man with her bare hands. The series has been nominated for a lot of awards, and rights sold to more than twenty countries.

I’m writing to all of you this time because I’ve never been more excited by a story. Here’s why:

In late 1959, the Clutter family — mother, father, and teenage children — were killed in particularly bloody fashion in a small town in Kansas, two in their beds, two in the basement.

A couple of months later, it happened again. This time to a family named Walker in a small town on the west coast of Florida. A mother, father, and two children under the age of six were shot in their living room near the Christmas tree. 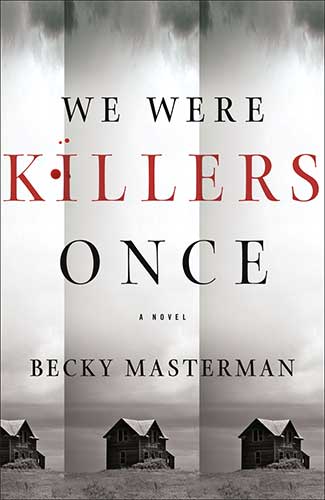 Richard Eugene Hickock and Perry Smith, two petty felons, were convicted of the first mass murder. It was a story of such enduring fascination that a documentary aired as late as 2018, though the crime was initially made famous by Truman Capote in a novel called In Cold Blood. He called the book “immaculately factual.”

Except that everyone now knows it wasn’t.

Though Smith and Hickock were passing through the small town in Florida at the time of the Walker murders, Capote gives that crime a scant few paragraphs. A few interviews, a polygraph test, and that was that. Like Capote, the FBI and Kansas Bureau of Investigation weren’t so interested either. The case is still unsolved.

Who killed the Walker family? What motivated Smith to confess to two of the Kansas murders and then later revise his confession to take responsibility for the entire Clutter family? Why did Hickock, in a clemency hearing, state that they took more than a thousand dollars from the Clutter house, and not the forty dollars that’s in the original confession and Capote’s account? Who was the “hitchhiking boy” and why does Smith dwell on him in the story?

Unanswered questions and discrepancies like these abound among Capote’s story, police reports, several confessions, at least two unpublished manuscripts, and more than a thousand prison documents from the time Hickock and Smith spent on death row.

That brings us to the what-if that authors do, weaving fact and fiction into a narrative puzzle, highlighted with themes of marital jealousy and whether even monsters can change.

What if, in We Were Killers Once, the nameless “hitchhiking boy” that Smith described to Capote traveled with the two men around the country? What if he’s still alive and he’s coming for Brigid Quinn’s beloved husband for reasons known only to himself?

If so, he has no idea what’s in store for him. Because Brigid was a killer once, too.

Comment below for a chance to win an advanced copy of We Were Killers Once by Becky Masterman!

We Were Killers Once Comment Sweepstakes: NO PURCHASE NECESSARY TO ENTER OR WIN.  A purchase does not improve your chances of winning.  Sweepstakes open to legal residents of 50 United States, D.C., and Canada (excluding Quebec), who are 18 years or older as of the date of entry.  To enter, complete the “Post a Comment” entry at https://www.criminalelement.com/becky-masterman-introduces-we-were-killers-once beginning at 10:00 a.m. Eastern Time (ET) February 7, 2019. Sweepstakes ends at 9:59 a.m. ET February 21, 2019. Void outside the United States and Canada and where prohibited by law. Please see full details and official rules here. Sponsor: Macmillan, 175 Fifth Ave., New York, NY 10010.

Becky Masterman is the author of We Were Killers Once, of which the Edgar-award winning crime author Ken Bruen has said, “Best villain in a decade.”