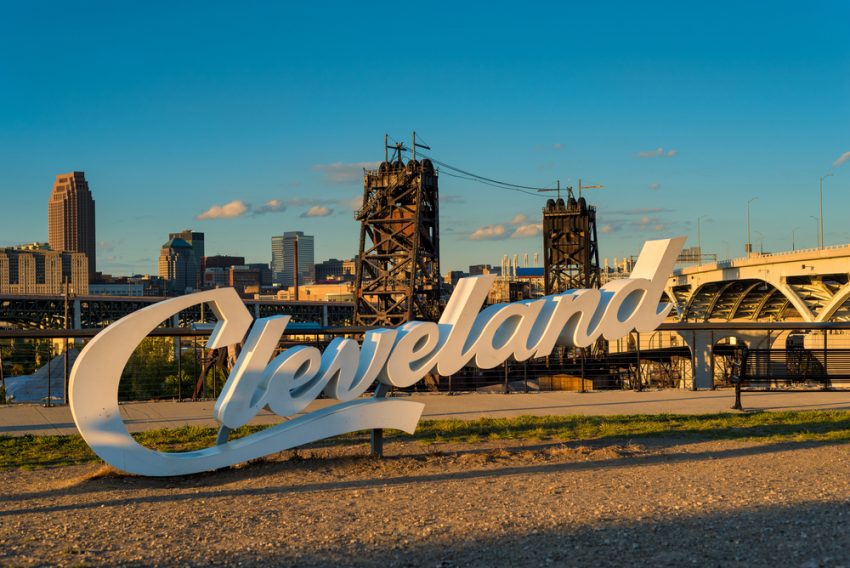 One of my favorite things about reading is traveling to the various locations that authors have created as their setting. To me, there is no better adventure than looking through the eyes of the author and characters as they take you through a place and time they’ve grown up in or experienced in some way, shape, or form.

And as much as I’ve traveled the world through pages and pages of novels, there’s no place quite like home. Reading a story set in Cleveland is especially enjoyable because I’ve lived here my whole life and know most of the city pretty well. So it’s fascinating when someone can take you through their version of it, and you find that you’re discovering something entirely new.

For example, Les Roberts’s Milan Jacovich series takes you back in time to a late 1980s Cleveland. This was the first book I’d ever read that featured my hometown, and what a fun time I had walking alongside PI Jacovich in a day and age I was too young to appreciate. (When the series began, I was still a kid, and my memories of the 80s revolved solely around Kiddie City and Children’s Palace.) As he worked his way through the various suburbs interviewing suspects and solving cases, I could envision the city as its former self through his precise descriptions, which can only come so adeptly from someone who has firsthand knowledge.

There’s also D.M. Pulley’s The Dead Key, which takes you on an intriguing ride through a 20-year interval, with one character giving their perspective from 1978 and the other from 1998. The story is set around the First Bank of Cleveland—which is currently known as The Metropolitan at the 9 hotel; its underground bank vaults have been repurposed as a swanky cocktail lounge. Pulley’s story—taking place well before this—revolves around the history of the building and a curious matter of safe-deposit boxes left behind. Not only was the mystery aspect of the book phenomenal but reading it caused me to delve further into the historical aspects of the site … and the city as well.

Then, of course, you have Casey Daniels, author of the extremely entertaining Pepper Martin series, which situates you in a more-recent Cleveland with her ghost-hunting sleuth introducing you to many recognizable city locations. Not only does Daniels take you through a fun romp around town but the mysteries will keep you guessing as you follow Pepper on her escapades and through the adjustments she must make with her paranormal abilities.

Even though all three of these references come from authors who are very different in their writing styles, their common denominator is what makes them all equally special to me. So as I set the playground for Lana and friends, my choice was obvious. What better place than home?

However, as I note in my first book:

If there is one true statement in Death by Dumpling, it is this one: quite a few people were pleasantly surprised about my decision to set the Noodle Shop series in the Cleveland area. And though the city is not wildly known for its Asian population, it does have a considerable history dating back to the mid-19th century when the first Chinese immigrants began settling along Ontario Street.

In those early days, the progression of Asian American culture in Cleveland struggled to gain a solid foothold and saw much pushback and resistance while trying to settle into a new area far from their former homes. Things slowly improved over decades of persistence, and the diverse community evolved and grew, never giving up on itself.

Today, thanks to groups like the OCA (Organization of Chinese Americans) Cleveland Chapter, we have seen an influx of support for the Asian community, and recognition of the culture has begun to develop at a quicker pace. During May—Asian American Heritage month—you can now travel down to E. 27th and Payne Avenue for the annual two-day Cleveland Asian Festival where mass amounts of delicious food, shopping, and entertainment can be enjoyed. Can’t make the festival? No problem. On the last Friday of the summer months, Cleveland comes equipped with night markets located on E. 21st and Rockwell Avenue. The night market features booths for local businesses and restaurants, music entertainment, and if you’re lucky, you’ll get to see a cultural dance or two. When visiting, be prepared for a crowd. These night markets do not disappoint!

So even though we may not be well known in “the Land” for an elaborate Chinatown or a huge demographic of Asian Americans, we are “the little engine that could,” and I am so proud to have the opportunity to share a small piece of that as others have shared the places they love with me.

In the Noodle Shop series, I welcome you to my version of modern-day Northeast Ohio. In the stories, you will find some real points of interest and establishments as well as, of course, some fictional ones. Through Lana’s eyes, you will venture cities like Fairview Park, North Olmsted, and lovely downtown Cleveland. We’ll also hit up Historic Chinatown, which has been around since the 1920s, and travel to the now thriving AsiaTown where most Asian establishments reside today.

While Asia Village is a completely fictional establishment, it is partially inspired by the very real Asia Plaza that resides on Payne Avenue in the area mentioned above. The creation of my plaza as a separate entity is to respectfully preserve the integrity and existence of these fine establishments as they are today.

Whether you’ve lived here, visited, or have never stepped foot, I hope you enjoy the backdrop of the city (both real and imagined), Asia Village, and all it has to offer.

Vivien Chien was born and raised in Cleveland, Ohio, where she grew up in a mixed-race home, making for some very interesting cultural experiences. She found her love of books and the written word at an early age while writing short stories about her classmates in elementary school. Currently, she writes side-by-side with her toy fox terrier who refuses to sit anywhere else. When she’s not writing, Vivien enjoys frequenting local Asian restaurants, frolicking in the bookstore, and searching for her next donut.