Book Review: City of the Lost by Kelley Armstrong

April 27, 2016
City of the Lost by Kelley Armstrong is the 1st Casey Duncan Novel, introducing Casey Duncan—a homicide detective with a secret—who, along with her best friend Diana, flees her old life to a community that might present more danger than they were in previously. 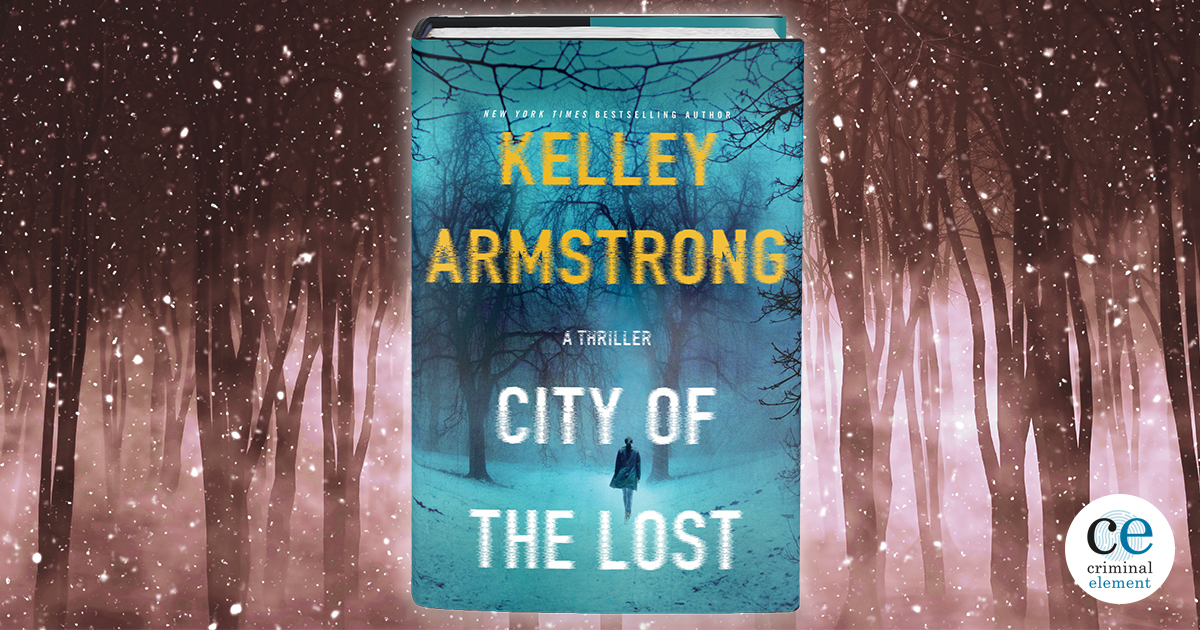 Kelley Armstrong is known for featuring strong, capable women in her books, and homicide detective Casey Duncan is no exception. She’s got a huge secret: she killed a man that had assaulted her in college, and only her best friend Diana knows about it. When Diana falls prey to a dangerous ex, she suggests they do something very unusual, and to her surprise, Casey agrees.

After all, the man she killed has connections, and she’s always been afraid someone would come after her. Going to a remote town where people run to when they don’t have another choice makes complete sense, right? This is a chance for Diana and Casey to start over. Disappearing isn’t easy, though:

I’m about to disappear. I’m not going to fake my death. I’m not even going to vanish into the night. The art of disappearing, it seems, is not to disappear at all. You just leave…after extensive and open preparation. Cancel all appointments. Pay your bills. Give notice at your job. Tell your friends and family. Make up a story. Lie about where you’re going, but make it clear they shouldn’t expect to hear from you for a few years.

Soon after, Casey is on a plane to Vancouver, then takes a flight up to Whitehorse in the Yukon Territory. Backwoods doesn’t begin to describe it.

Eric Dalton, Rockton’s sheriff, throws her in the deep end as soon as they get there. There’s a vicious killer on the loose, and Casey must navigate a very unusual place filled with decidedly unusual (and not necessarily forthcoming) people during her investigation. No pressure, right?

“This isn’t how you’re used to working or living,” he says. “I get that. But you forfeited your civil liberties when you came up here. That was made very clear. You want to get on my bad side? Whine about your rights, like Hastings this afternoon. This isn’t a democracy. It’s a police state, you’re the police, so start acting like it. If you want to go out tonight, then I’ll arrange something. But don’t argue for the sake of arguing. We’ll find plenty of real issues to fight over up here.”

While Casey is getting settled in, somewhat, a killer is still on the loose, and Rockton has other problems, such as drugs and lots of drinking. Things can get boring out in the middle of nowhere, and there are more unusual dangers roaming the woods besides wolves and bears.

Some residents became dissatisfied with the changes, wanting a more natural and communal lifestyle. They left Rockton in small groups and “went native,“ as the saying goes, giving up even the primitive comforts of the town to live off the land. Rockton calls these people—and their descendants—settlers.

But there are others out there, too. Those who aren’t just living like a modern-day Grizzly Adams. Those who lost something when they left Rockton—lost their humanity and ultimately reverted to something animalistic. The hostiles.

There’s no direct evidence of cannibalism by the hostiles, but it’s been suspected for a while. So, not only does Casey have to deal with a possible serial killer, but the wildlife and (maybe cannibalistic) hostiles roaming the woods. She’s also genuinely starting to care about these people, and her stay isn’t permanent. Casey has to put aside everything she was taught about policing to navigate through such an unusual place, where nothing is quite how it seems.

Secrets are built upon secrets, and Armstrong does a fantastic job of building the strange town and exploring what this kind of situation might actually be like. Casey narrates, and her strong voice carries readers through this strange and, at times, terrifying experience.

But, there are good times too, and the bonds she’s made give her something to hold on to, no matter how hard things get. This is a fresh take on the typical thriller framework, and the horror elements add a frisson of tension that is palpable. As the reader, it was easy to imagine the dense forest and all it holds, closing in on the town, ready to swallow it whole. Armstrong is a master at creating atmospheric reads with complex, very human characters.